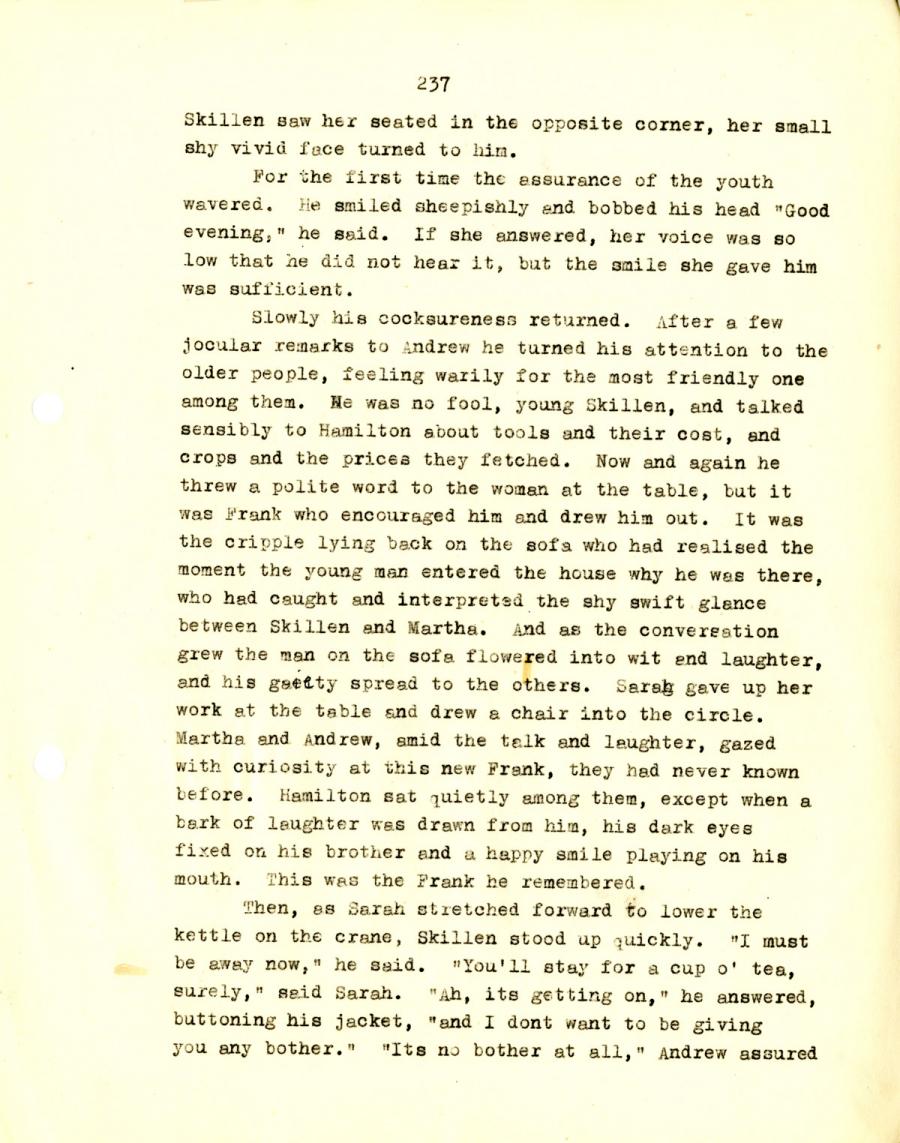 Skillen saw her seated in the opposite corner, her small
shy vivid face turned to him.

For the first time the assurance of the youth
wavered. He smiled sheepishly and bobbed his head "Good
evening," he said. If she answered, her voice was so
low that he did not hear it, but the smile she gave him
was sufficient.

Slowly his cocksureness returned. After a few
jocular remarks to Andrew he turned his attention to the
older people, feeling warily for the most friendly one
among them. He was no fool, young Skillen, and talked
sensibly to Hamilton about tools and their cost, and
crops and the prices they fetched. Now and again he
threw a polite word to the woman at the table, but it
was Frank who encouraged him and drew him out. It was
the cripple lying back on the sofa who had realised the
moment the young man entered the house why he was there,
who had caught and interpreted the shy swift glance
between Skillen and Martha. And as the conversation
grew the man on the sofa flowered into wit end laughter,
and his gaeity spread to the others. Sarah gave up her
work at the table and drew a chair into the circle.
Martha and Andrew, amid the talk and laughter, gazed
with curiosity at this new Frank, they had never known
before. Hamilton sat quietly among them, except when a
bark of laughter was drawn from him, his dark eyes
fixed on his brother and a happy smile playing on his
mouth. This was the Frank he remembered.

Then, as Sarah stretched forward to lower the
kettle on the crane, Skillen stood up quickly. "I must
be away now," he said. "You'll stay for a cup o' tea,
surely," said Sarah. "Ah, its getting on," he answered,
buttoning his jacket, "and I dont want to be giving
you any bother." "Its no bother at all," Andrew assured