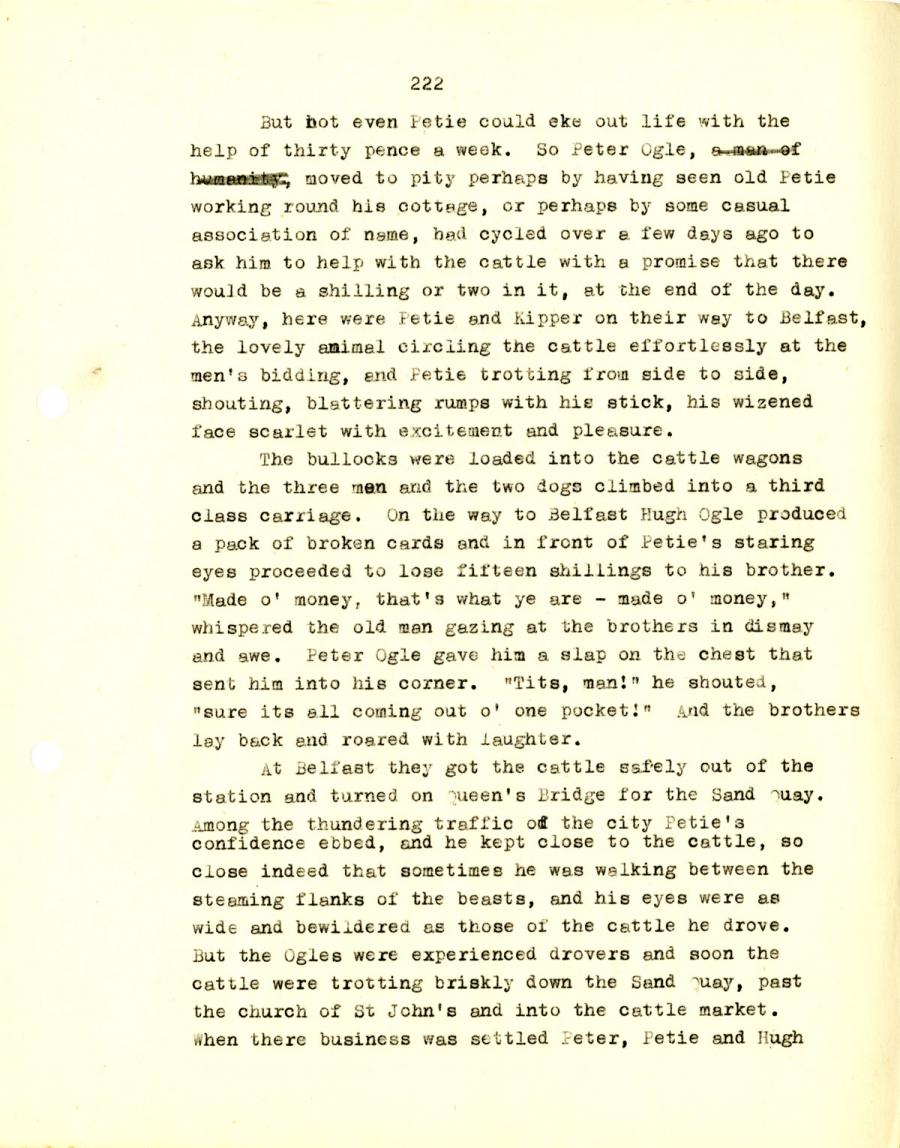 But hot even Petie could eke out life with the
help of thirty pence a week. So Peter Ogle,moved to pity perhaps by having seen old Petie
working round his cottage, or perhaps by some casual
association of name, had cycled over a few days ago to
ask him to help with the cattle with a promise that there
would be a shilling or two in it, at the end of the day.
Anyway, here were Petie and Kipper on their way to Belfast,
the lovely animal circling the cattle effortlessly at the
men’s bidding, and Petie trotting from side to side,
shouting, blattering rumps with his stick, his wizened
face scarlet with excitement and pleasure.

The bullocks were loaded into the cattle wagons
and the three men and the two dogs climbed into a third
class carriage. On the way to Belfast Hugh Ogle produced
a pack of broken cards and in front of Petie's staring
eyes proceeded to lose fifteen shillings to his brother.
"Made o’ money, that’s what ye are - made o' money,”
whispered the old man gazing at the brothers in dismay
and awe. Peter Ogle gave him a slap on the chest that
sent him into hie corner. "Tits, man!" he shouted,
"sure its ell coming out o' one pocket!" And the brothers
lay back end roared with laughter.

At Belfast they got the cattle safely out of the
station and turned on Queen's Bridge for the Sand quay.
Among the thundering traffic of the city Petie's
confidence ebbed, and he kept close to the cattle, so
close indeed that sometimes he was walking between the
steaming flanks of the beasts, and his eyes were as
wide and bewildered as those of the cattle he drove.
But the Ogles were experienced drovers and soon the
cattle were trotting briskly down the Sand Quay, past
the church of St John's and into the cattle market,
when there business was settled Peter, Petie and Hugh