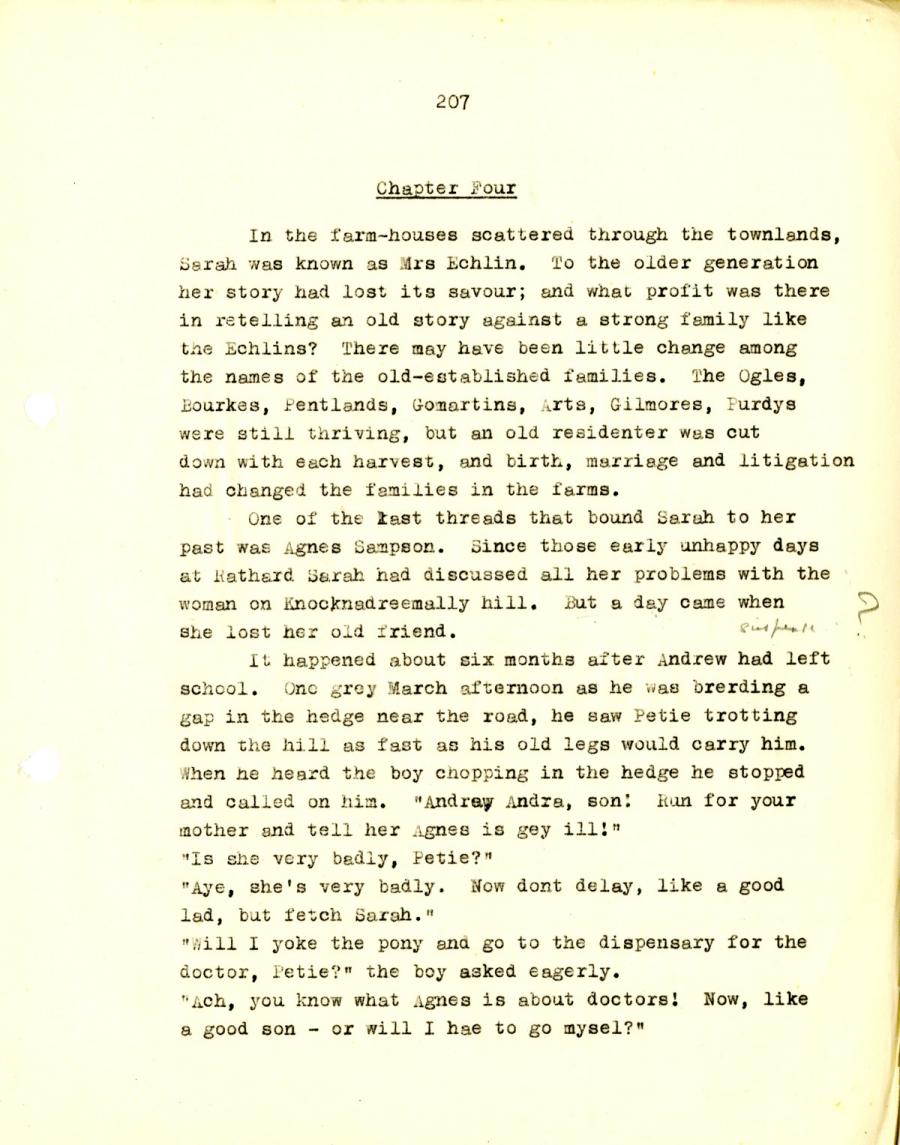 In the farm-houses scattered through the townlands,
Sarah was known as Mrs Echlin. To the older generation
her story had lost its savour; and what profit was there
in retelling an old story against a strong family like
the Ehchlins? There may have been little change among
the names of the old-established families. The Ogles,
Bourkes, Fentlands, Gomartins,Arts, Gilmores, Purdys
were still thriving, but an old residenter was cut
down with each harvest, and birth, marriage and litigation
had changed the families in the farms.

One of the last threads that bound Sarah to her
past was Agnes Sampson. Since those early unhappy days
at Rathard Sarah had discussed all her problems with the
woman on Knocknadreemally hill. But a day came when
she lost her old friend.

It happened about six months after Andrew had left
school. One grey March afternoon as he was brerding a
gap in the hedge near the road, he saw Petie trotting
down the hill as fast as his old legs would carry him.
When he heard the boy chopping in the hedge he stopped
and called on him. "Andray Andra, son’. Run for your
mother and tell her Agnes is gey ill!"

"Is she very badly, Petie?"

"Will I yoke the pony and go to the dispensary for the
doctor, Petie?" the boy asked eagerly.

"Ach, you know what Agnes is about doctoras! Now, like
a good son - or will I hae to go mysel?"