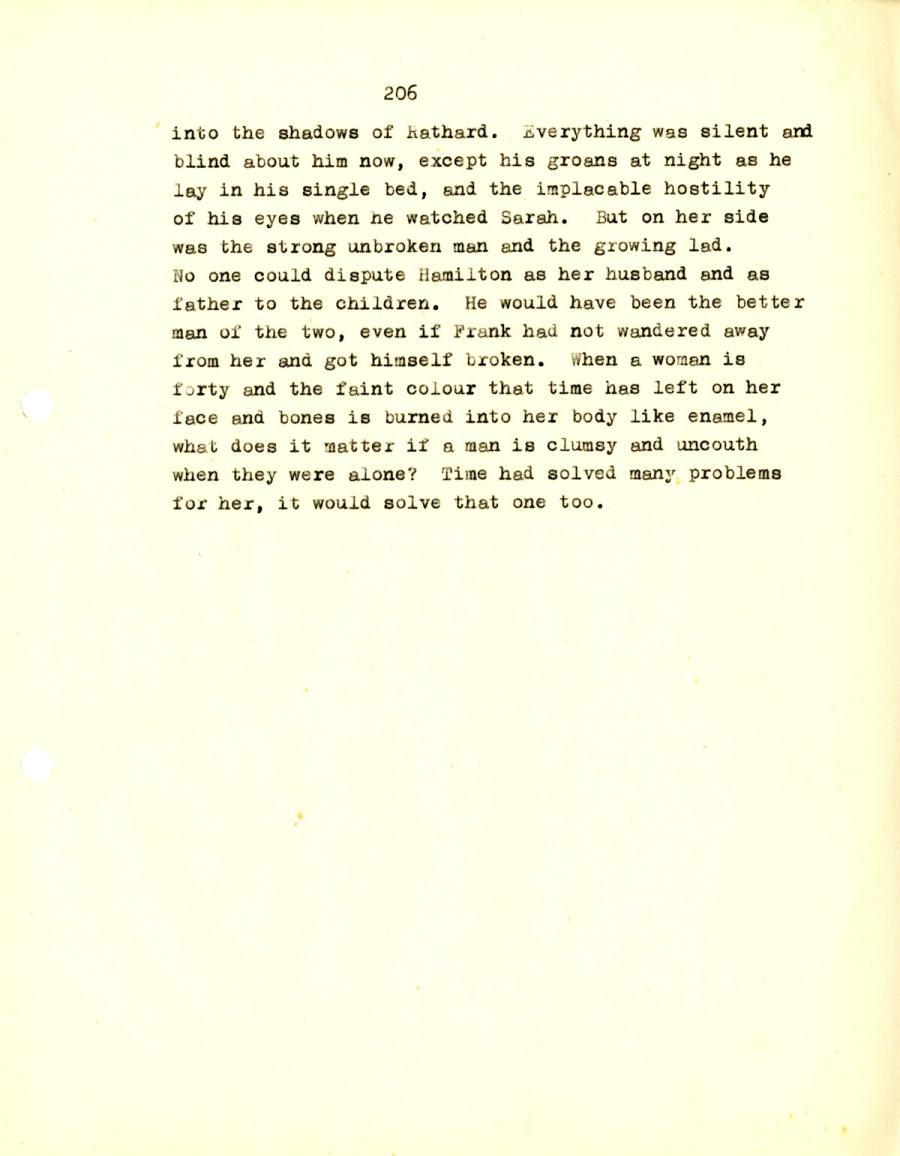 into the shadows of Rathard. Everything was silent and
blind about him now, except his groans at night as he
lay in his single bed, and the implacable hostility
of his eyes when he watched Sarah. But on her side
was the strong unbroken man and the growing lad.
No one could dispute Hamilton as her husband and as
father to the children. He would have been the better
man of the two, even if Frank had not wandered away
from her and got himself broken. When a woman is
forty and the faint colour that time has left on her
face and bones is burned into her body like enamel,
what does it matter if a man is clumsy and uncouth
when they were alone? Time had solved many problems
for her, it would solve that one too.