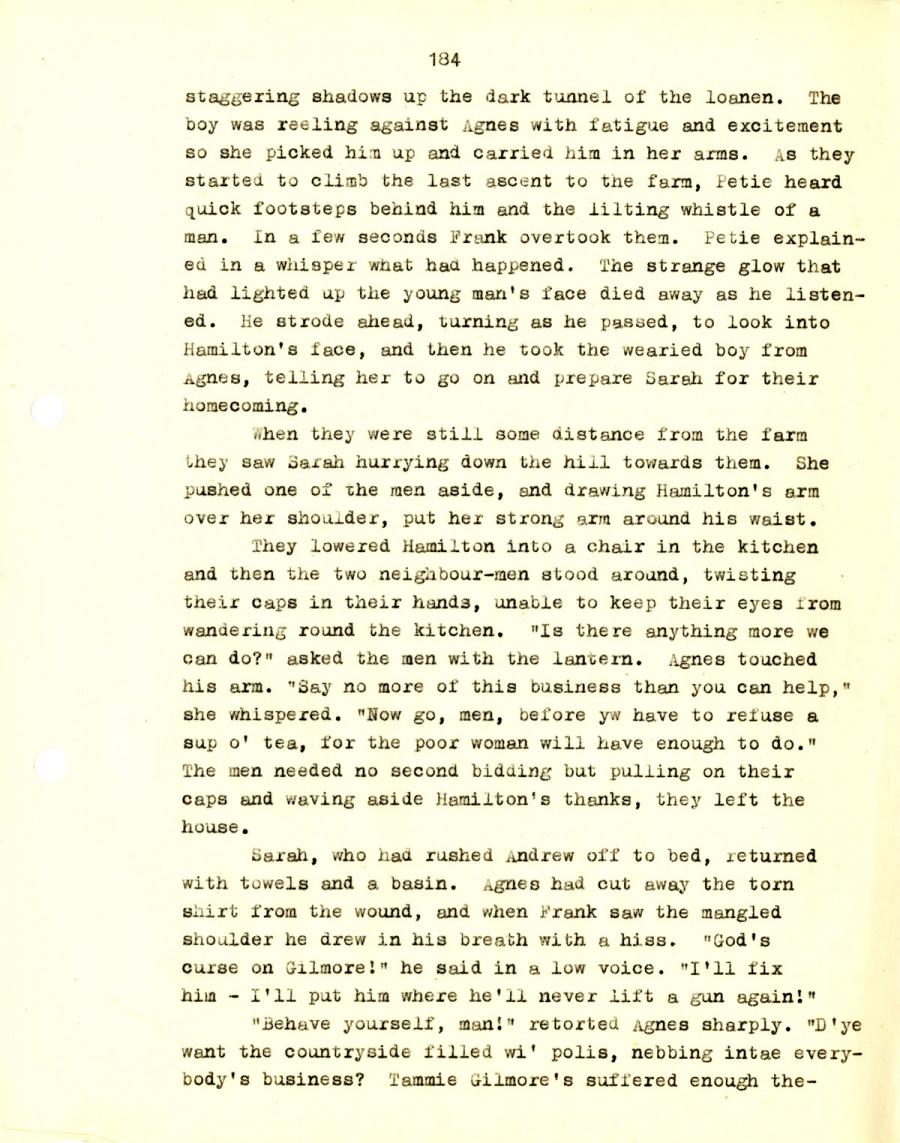 staggering shadows up the dark tunnel of the loanen. The
boy was reeling against Agnes with fatigue and excitement
so she picked him up and carried him in her arms, as they
started to climb the last ascent to the farm, Petie heard
quick footsteps behind him and the lilting whistle of a
man. in a few seconds Frank overtook them. Petie explain-
ed in a whisper what had happened. The strange glow that
had lighted up the young man's face died away as he listen-
ed. He strode ahead, turning as he passed, to look into
Hamilton's face, and then he took the wearied boy from
Agnes, telling her to go on and prepare Sarah for their
homecoming.

When they were still some distance from the farm
they saw Sarah hurrying down the hill towards them. She
pushed one of the men aside, and drawing Hamilton's arm
over her shouj.der, put her strong arm around his waist.

They lowered Hamilton into a chair in the kitchen
and then the two neighbour-men stood around, twisting
their caps in their hands, unable to keep their eyes from
wandering round the kitchen. "Is there anything more we
can do?" asked the men with the lantern. Agnes touched
his arm. "Say no more of this business than you can help,"
she whispered. "Now go, men, before yw have to refuse a
sup o' tea, for the poor woman will have enough to do."

The men needed no second bidding but pulling on their
caps and waving aside Hamilton's thanks, they left the
house.

Sarah, who had rushed Andrew off to bed, returned
with towels and a basin, Agnes had cut away the torn
shirt from the wound, and when Frank saw the mangled
shoulder he drew in his breath with a hiss. "God's
curse on Gilmore!" he said in a low voice. "I'll fix
him - I’ll put him where he'll never lift a gun again!"