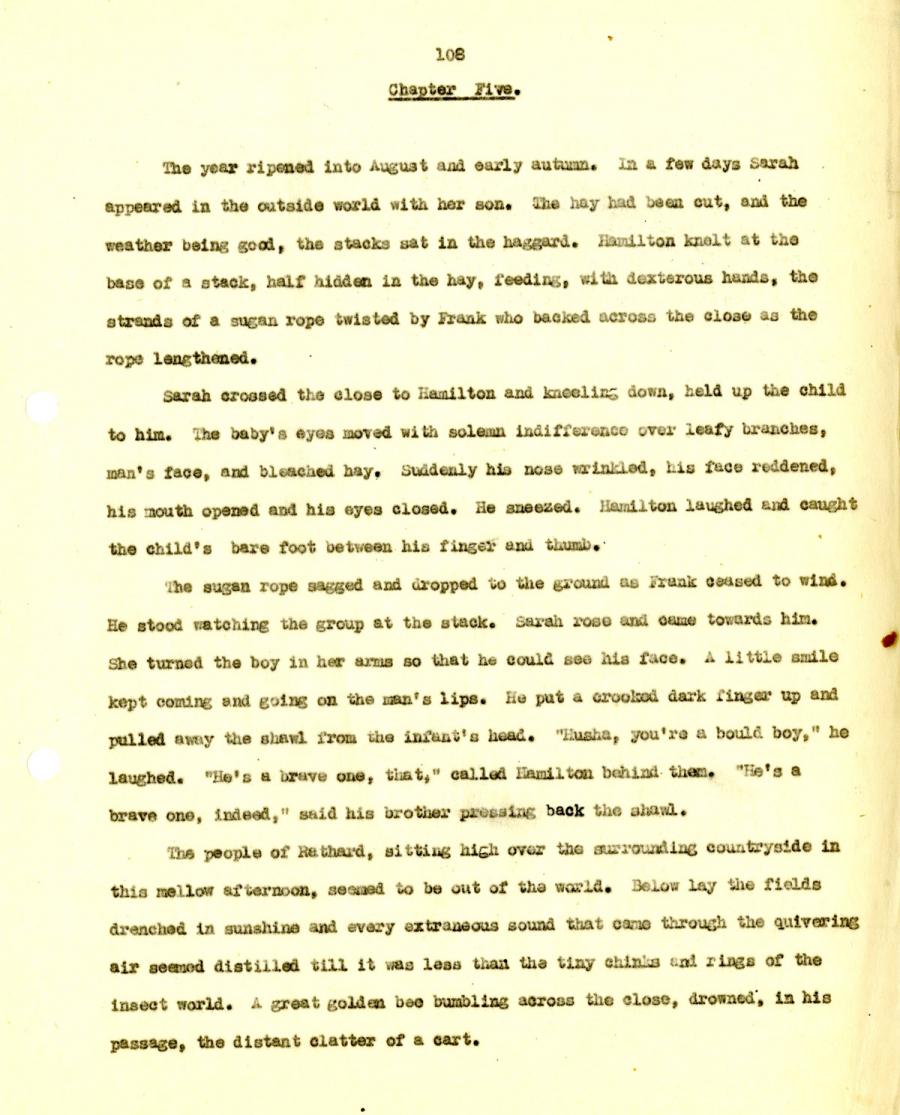 The year ripened into August and early autumn. In a few days Sarah
appeared in the outside world with her son. The hay had been cut, and the
weather being good, the stacks sat in the haggard.Hamilton knelt at the
base of a stack, half hidden in the hay, feeding, with dexterous hands, the
strands of a sugan rope twisted by Frank who backed across the close as the
rope lengthened.

Sarah crossed the close to Hamilton and kneeling down, held up the child
to him. The baby’s eyes moveed with solemn indifference over leafy branches,
man’s face, and bleached hay. Suddenly his nose wrinkled, his face reddened,
his mouth opened and his eyes closed. He sneezed. Hamilton laughed and caught
the child's bare foot between his finger unu thumb.

The sugan rope sagged and dropped to the ground as Frank caused to wind.
He stood watching the group at the stack. Sarah rose and came towards him.
She turned the boy in her arms so that he could see his face. A little smile
kept coming and going on the man’s lips, he put a crooked dark finger up and
pulled away the shawl from the infant’s head. "Husha, you’re a bould boy," he
laughed. "He’s a brave one, that," called Hamilton behind them* "he’s a
brave one, indeed," said his brother pressing back the shawl.

The people of Rathard, sitting high over the surrounding countryside in
this mellow afternoon, seemed to be out of the world. Below lay the fields
drenched in sunshine and every extraneous sound that came through the quivering
air seemed distilled till it was less than the tiny chinks and rings of the
insect world. A great golden bee bumbling across the close, drowned, in his
passage, the distant clatter of a cart.