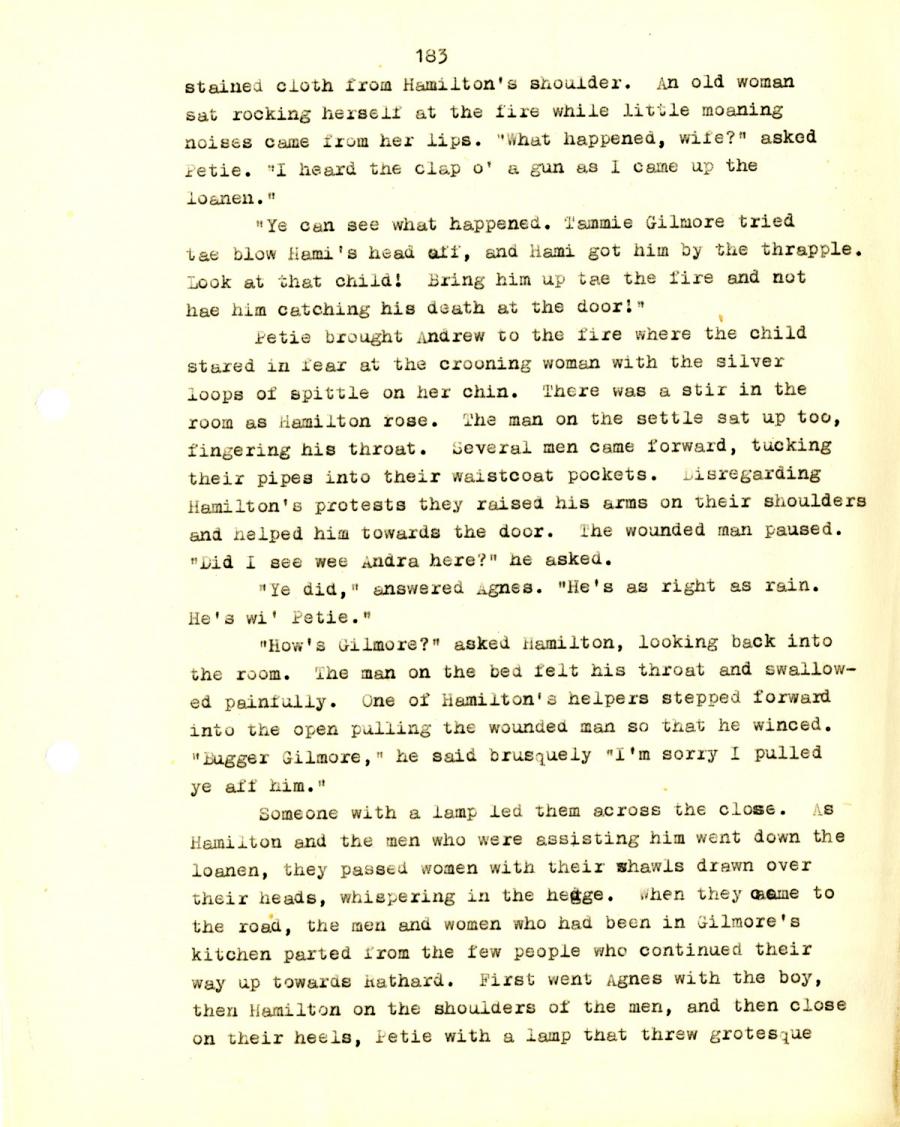 stained cloth from Hamilton's shoulder. An old woman
sat rocking herself at the fire while little moaning
noises came from her lips. "What happened, wife?" asked
Petie. "I heard the clap o' a gun as I came up the
loanen."

"Ye can see what happened, Tammie Gilmore tried
tae blow Hami's head off, and Hami got him by the thrapple.
Look at that child! bring him up tae the lire and not
liae him catching his death at the door!"

"How's Gilmore?" asked Hamilton, looking back into
the room. The man on the bed felt his throat and swallow-
ed painfully. One of Hamilton's helpers stepped forward
into the open pulling the wounded man so that he winced,
"Bugger Gilmore," he said brusquely "I'm sorry I pulled
ye aff him."

Someone with a lamp led them across the close. As
Hamilton and the men who were assisting him went down the
loanen, they passed women with their shawls drawn over
their heads, whispering in tne hedge. When they came to
the road, the men and women who had been in Gilmore's
kitchen parted from the few people who continued their
way up towards Rathard. First went Agnes with the boy,
then Hamilton on the shoulders oi the men, and then close
on their heels, Petie with a lamp that threw grotesque