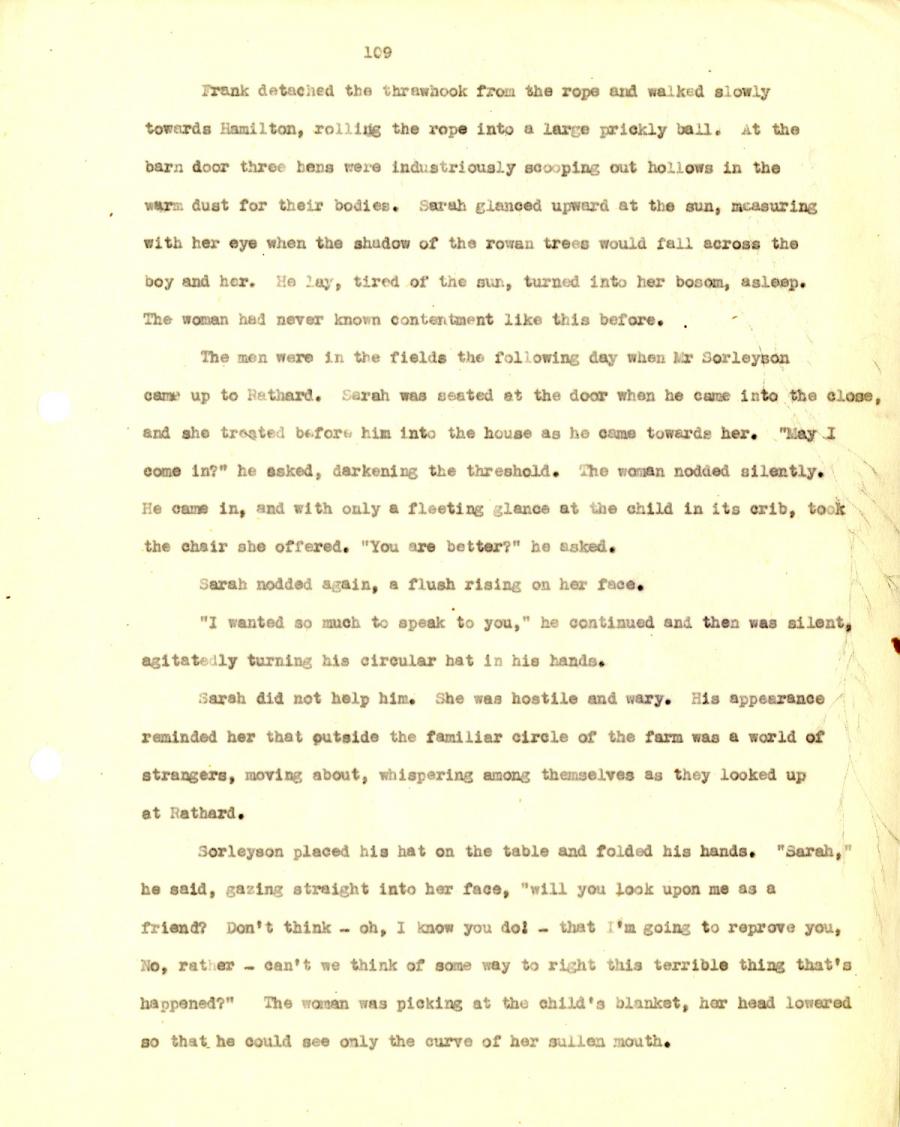 Prank detached the thrawhook from the rope and walked slowly
towards Hamilton, rolling the rope into a large prickly bail. At the
barn door three hens were industriously scooping out hollows in the
warm dust for their bodiew, Sarah glanced upward at the sun, measuring
with her eye when the shadow of the rowan trees would fall across the
boy and her. He lay, tired of the sun, turned into her bosom, asleep.
The woman had never known contentment like this before.

The men were in the fields the following day when Mr Sorleyson
came up to Rathard. Sarah was seated at the door when he came into the close,
and she treated before him into the house as he came towards her. "May I
come in?” he asked, darkening the threshold. The woman nodded silently.
He came in, and with only a fleeting glance at the child in its crib, took
the chair she offered. "You are better?" he asked.

Sarah nodded again, a flush rising on her face*

"I wanted so much to speak to you," he continued and then was silent,
agitatedly turning his circular hat In his hands.

Sarah did not help him. She was hostile and wary. His appearance
reminded her that outside the familiar circle of the farm was a world of
strangers, moving about, whispering arson;; themselves as they looked up
at Rathard.

Sorleyson placed his hat on the table and folded his hands. "Sarah,
he said, gazing straight into her face, "will you look upon me as a
friend? Don’t think - oh, I know you doi - that Im going to reprove you,
NO, rather - can’t we think of some way to right this terrible thing that’s
happened?" The woman was picking at the child’s blanket, het head lowered
so that, he could see only the curve of her sullen mouth.