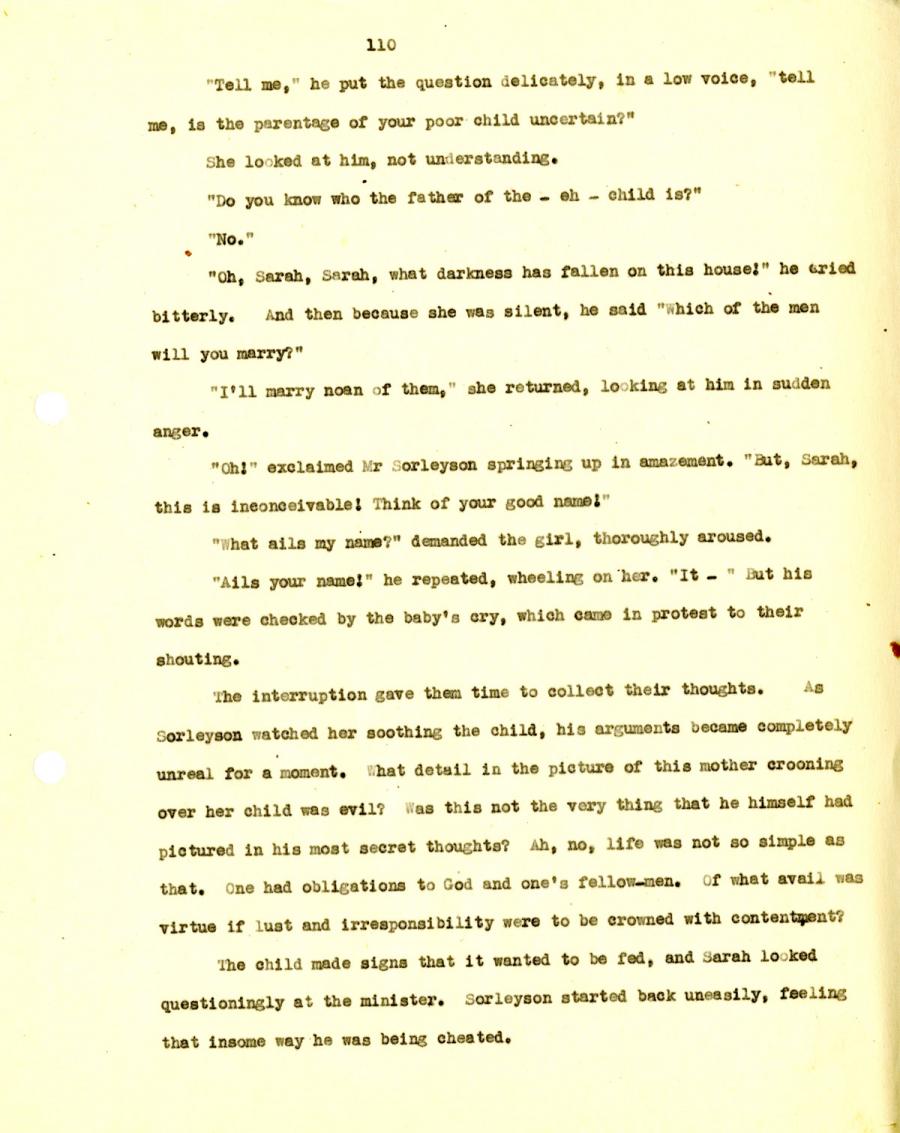 "Tell me," he put the question delicately, in a low voice, "tell
me, is the parentage of your poor child uncertain?"

She lo ked at him, not understanding.

"Oh, Sarah, Sarah, what darkness has fallen on this house*" he cried
bitterly. And then because she was silent, he said "which of the men
will you marry?"

"I’ll marry noan of them," she returned, looking at him in sudden
anger.

"Oh!" exclaimed Mr Sorleyson springing up in amazement. "But, Sarah,
this is inconceivable! Think of your good name!"

"What ails my name?" demanded the girl, thoroughly aroused.

"Ails your name!" he repeated, wheeling on her. "It - " But his
words were checked by the baby’s cry, which carao in protest to their
shouting. |

The interruption gave them time to collect their thoughts. As
Sorleyson watched her soothing the child, his arguments became completely
unreal for a moment. What detail in the picture of this mother crooning
over her child was evil? Was this not the very thing that he himself had
pictured in his most secret thoughts? Ah, no, life was not so simple as
that. One had obligations to God and one’s fellow-men. Of what avail was
virtue if lust and irresponsibility were to be crowned with contentment?

The child made signs that it wanted to be fed, and Sarah looked
questioningly at the minister. Sorleyson started back uneasily, feeling
that insome way he was being cheated.