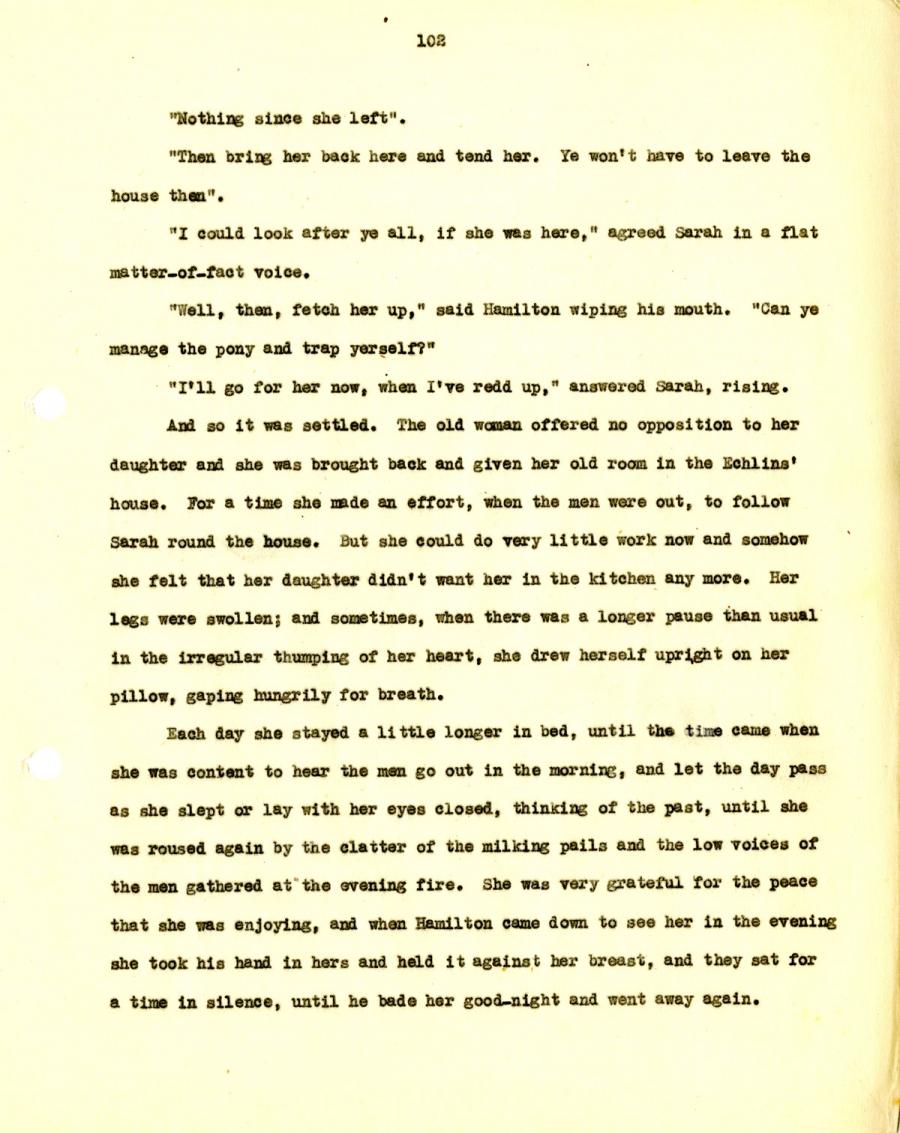 "Nothing since she left".

"Then bring her baok here and tend her. Ye won't nave to leave the
house then".

"I could look after ye all, if she was here," agreed Sarah in a flat
matter-of-fact voice.

"Well, than, fetch her up," said Hamilton wiping his mouth. "Can ye
manage the pony and trap yerself?"

"I'll go for her now, when I’ve redd up," answered Sarah, rising.

And so it was settled. The old woman offered no opposition to her
daughter and she was brought back and given her old room in the Echlins'
house. For a time she mde an effort, when the men were out, to follow
Sarah round the house. But she could do very little work now and somehow
she felt that her daughter didn't want her in the kitchen any more. Her
legs were swollen; and sometimes, when there was a longer pause than usual
in the irregular thumping of her heart, she drew herself upright on her
pillow, gaping hungrily for breath.

Each day she stayed a little longer in bed, until the time came when
she was content to hear the men go out in the morning, and let the day pass
a3 she slept or lay with her eyes closed, thimcing of the past, until she
was roused again by the clatter of the milking pail3 and the low voices of
the men gathered at the evening fire. She was very grateful for the peace
that she was enjoying, and when Hamilton came down to see her in the evening
she took his hand in hers and held it against her breast, and they sat for
a time in silence, until he bade her good-night and went away again.