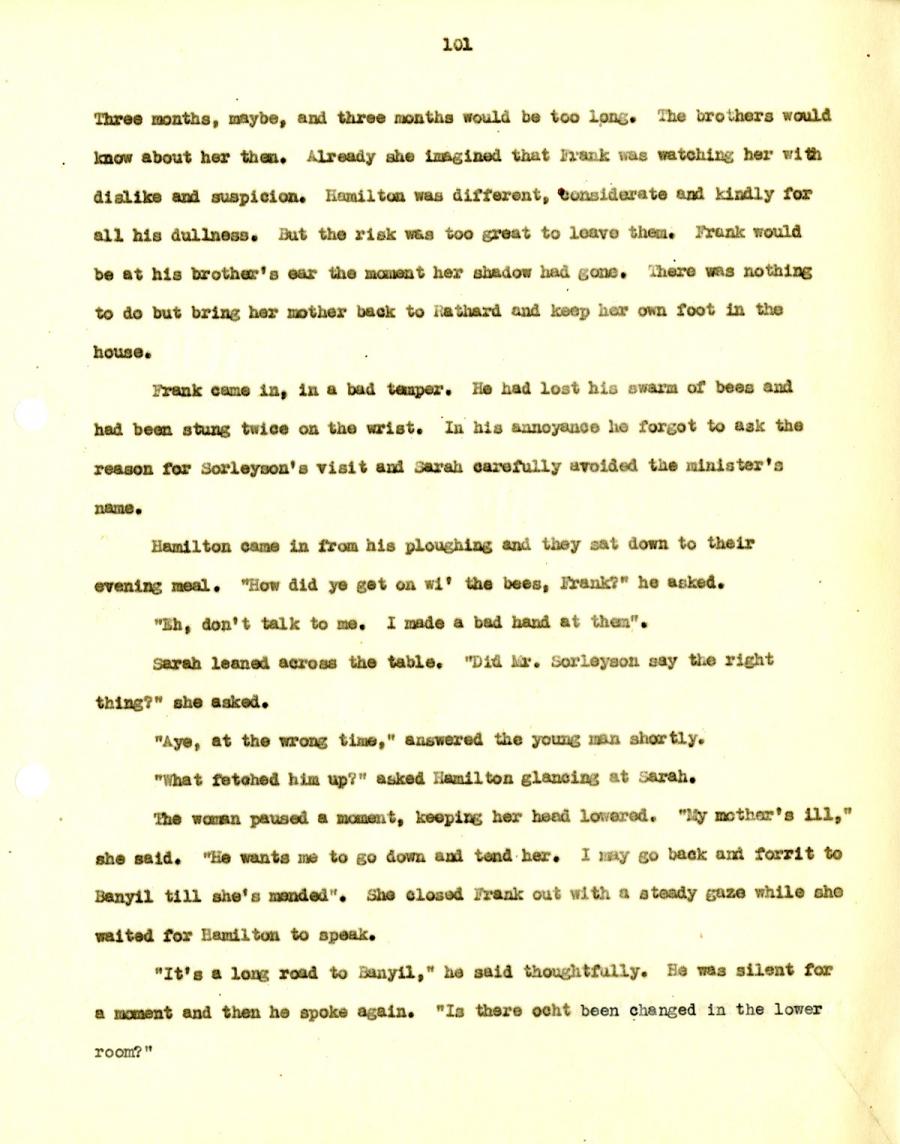 Three months, maybe, and three months would be too lone* The brothers would
know about her than. Already she imagined that Trank was watching her with
dislike and suspicion, Hamilton was different, tionsidorate and kindly for
all hia dullness, Hut the risk was too great to loavo theta, Trunk would
be at his brother's ear the moment her shadow had gone. There was nothing
to do but bring her mother back to hathard and keep her own foot in the
house.

Trank cane in, in a bad temper, Tie had lost his swarm of bees and
had been stung twice on the wrist. In his annoyance lie forgot to ask the
reason for Sorleyoon’s visit and Jar ah carefully avoided the minister’s
name,

Hamilton came in from hia ploughing anti they sat down to their
evening meal, "How did y® gat on wi* the bees, Trank?" he asked,

Sarah leaned across the table, "Did Mr. Sorleyson cay the right
thing?" she asked,

"Aye, at the wrong time," answered the young loan shortly.

"What fetched him up?" asked Hamilton glancing at Sarah,

The woman paused a moment, keepirg her heed lowered. "My mother's ill,"
she said. "He wants me to go down and tend her, I may so hack and forrit to
Banyil till she’s mended''* she closed Trank out with a steady gaze while oho
waited for Hamilton to speak.

"It’s a long road to Banyil," he 3aid thoughtfully. Be wa3 silent for
a moment and then he spoke again, "Is there ooht been changed in the lower