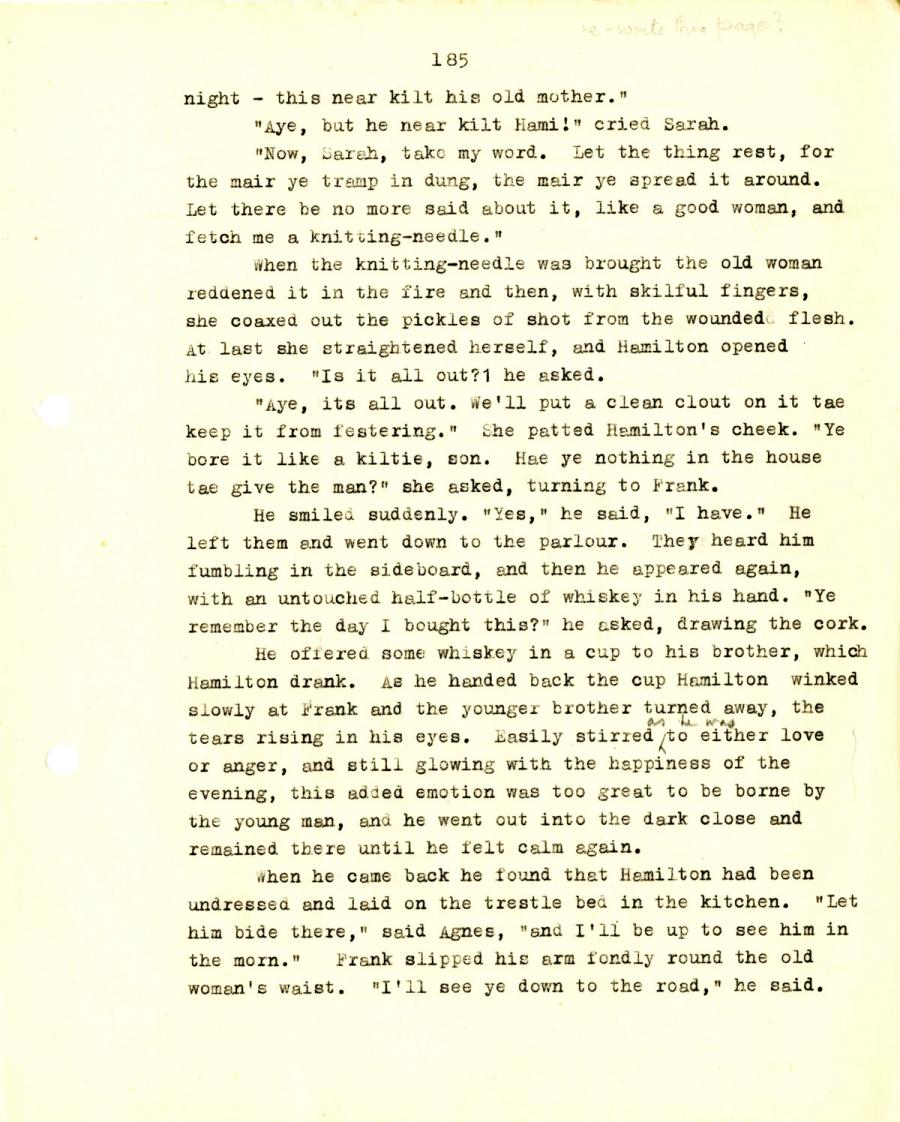 night - this near kilt his old mother."

"Aye, but he near kilt Hami!" cried Sarah.

"Now, Sarah, take my word. Let the thing rest, for
the mair ye tramp in dung, the mair ye spread it around.
Let there be no more said about it, like a good woman, and
fetch me a knitting-needle.

vVhen the knitting-needle was brought the old woman
reddened it in the fire and then, with skilful fingers,
she coaxed out the pickles of shot from the wounded flesh.
At last she straightened herself, and Hamilton opened
his eyes. "Is it all out? he asked.

"Aye, its all out. We'll put a clean clout on it tae
keep it from festering." she patted Hamilton's cheek. "Ye
bore it like a kiltie, son. Hae ye nothing in the house
tae give the man?" she asked, turning to Frank.

He smiled suddenly. "Yes," he said, "I have." He
left them and went down to the parlour. They heard him
fumbling in the sideboard, and then he appeared again,
with an untouched half-bottle of whiskey in his hand. "Ye
remember the day I bought this?" he asked, drawing the cork.

He ofiered some whiskey in a cup to his brother, which
Hamilton drank, as he handed back the cup Hamilton winked
slowly at Frank and the younger brother turned away, the
tears rising in his eyes, easily stiried to either love
or anger, and still glowing with the happiness of the
evening, this added emotion was too great to be borne by
the young man, and he went out into the dark close and
remained there until he felt calm again.

When he came back he found that Hamilton had been
undressed and laid on the trestle bee in the kitchen. "Let
him bide there," said Agnes, "and I'll be up to see him in
the morn." Frank slipped his arm fondly round the old
woman's waist. "I'll see ye down to the road," he said.