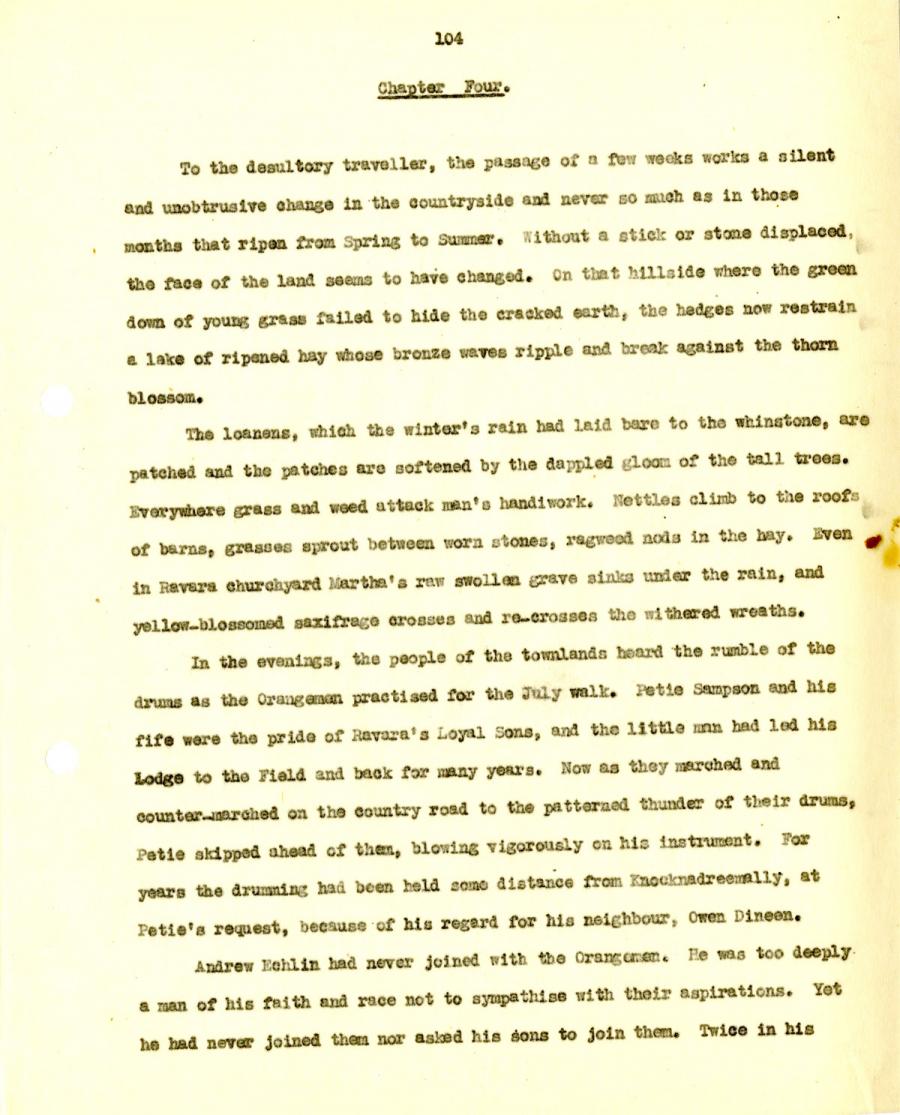 To the desultory traveller, the passage of a fxya weeks works a silent
and unobtrusive ohange in the countryside and never eo much 03 in those
months that ripen from Spring to Summer. ithout a stick or atone displaced,
the face of the land seams to have changed. On that hillside where the green
down of young grass failed to hide the cracked earth, the hedges now restrain
a lake of ripened hay whose bronze waves ripple and break against the thorn
blossom.

The loanens, which the winter’3 rain had laid bare to the whinstone, are
patched ana tho patches are softened by the dappled gloom of the tall trees.
Everywhere grass and weed uttack man’s handiwork. Kettles climb to the roofs
of barns, grasses sprout between worn stones, ragweed nods in the hay* Even ^
in Ravara churchyard Martha*a mw swollen grave sinks under the rain, and
yellow-blossomed saxifrage crosses and re-crosses tho withered wreaths.

In the evening3, the people of tho townlands heard the rumble of the
drums as the Orangeman practised for the July walk. Petie Sampson and his
fife were the pride of Ravara’ 3 Loyal sons, and the little imn had led hia
lodge to the Field and back for many years. Now as they marched and
counter-marched on the country road to the patterned thunder of their drums,
Petie skipped ahead of then, blowing vigorously on hie instrument. For
years the drumming had been held some distance from ynocknadreemaliy, at
Petie’s request, because of his regard for his neighbour, Owen Pineen.

Andrew Kohlin had never joined with the Orangemen«. He was too deeply
a roan of his faith and race not to sympathise with their aspirations. Yet
he had never Joined then nor ashed his dons to Join then. Twice in his