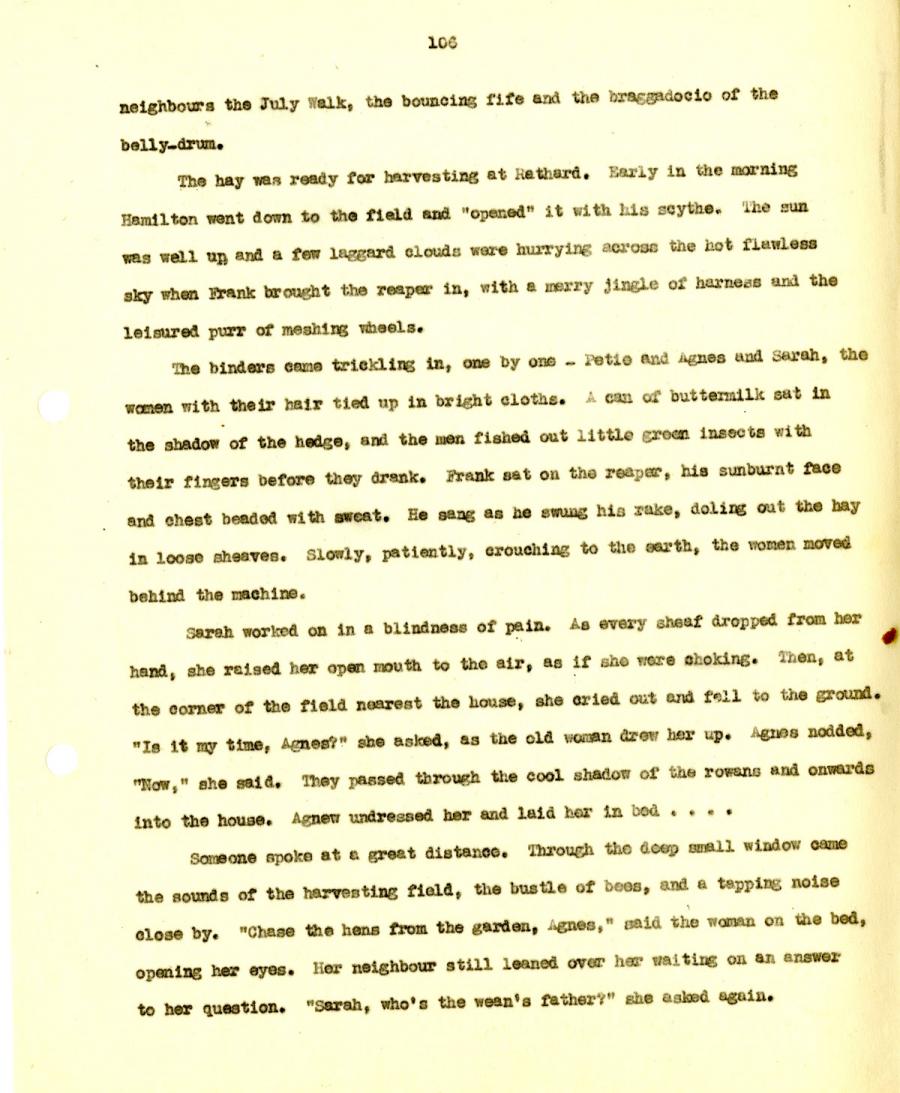 neighbours the July Walk, the bouncing fife and the braggadocio of the
belly-drum.

The hay wan ready for harvesting at Rathard. Early in the morning
Hamilton went down to the field and "opened” it with his scythe. The sun
was well up and a few laggard clouds wore hurrying across the hot flawless
sky when Frank brought the reaper in, with a merry jingle of harness and the
leisured purr of meshing wheels.

The binders cane trickling in, one by one - Petie end Agnes and Sarah, the
women with their hair tied up in bright cloths. A can of buttermilk sat in
the shadow of the hedge, and the men fished out little green insects with
their fingers before they drank. Frank sat on the reaper, his sunburnt face
and chest beaded with sweat. He sang as he swung his rake, doling out the hay
in loose sheaves. Slowly, patiently, crouching to the earth, the women moved
behind the machine.

Sarah worked on in a blindness of pain. As every sheaf dropped from her
hand, she raised her open mouth to the air, as if she were choking. Then, at
the corner of the field nearest the house, she cried out and fell to the ground.
"Is it my time, Agnes?" she asked, as the old woman drew her up. Agnes nodded,
"Now," she said. They passed through the cool shadow of the rowans and onwards
into the house. Agnes undressed her and laid her in bed ....

Someone spoke at a great distance. Through the deep small window came
the sounds of the harvesting field, the bustle of bees, and a tapping noise
close by. "Chase the hens from the garden, Agnes," said the woman on the bed,
opening her eyes. Her neighbour still leaned over her waiting on an answer
to her question. "Sarah, who’s the wean’s father?" she asked again.