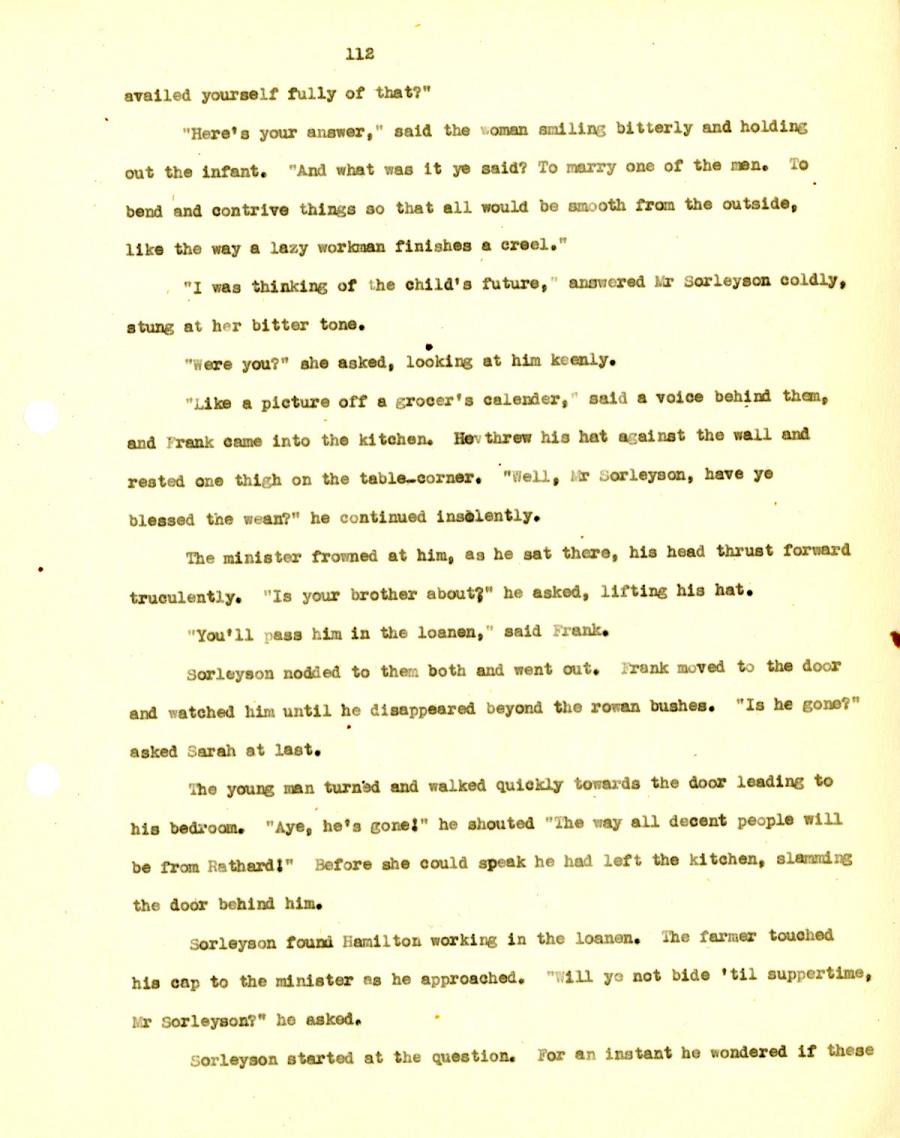 availed yourself fully of that?"

"Here’s your answer," said the woman aniline bitterly and holding
out the infant. "And what was it ye said? To marry one of the men. To
bend and contrive things so that all would be smooth from the outside,
like the way a lazy workman finishes a creel."

"I was thinking of the child's future, answered Mr Sorleyson coldly,
stung at her bitter tone.

"Were you?" she asked, looking at him keenly.

"Like a picture off a grocer's calender, said a voice behind them,
and Frank came into the kitchen. He threw his hat against the wall and
rested one thigh on the table-corner, "Well, Mr sorleyson, have ye
blessed the wean?" he continued insolently.

The minister frowned at him, as he sat there, his head thrust forward
truculently. "Is your brother about?" he asked, lifting his hat*

"You’ll pass him in the loanen," said Frank.

Sorleyson nodded to them both and went out. Frank moved to the door
and watched him until he disappeared beyond the rowan bushes. "Is he gone?"
asked Sarah at last,

The young man turned and walked quickly towards the door leading to
his bedroom. "Aye, he’s gone!" he shouted "The way all decent people will
be from Rathard!" Before she could speak he had left the kitchen, slamming
the door behind him.

Sorleyson found Hamilton working in the loanon. The farmer touched
his cap to the minister as he approached. "Will yo not bide ’til suppertime,
Mr Sorleyson?" he asked,

Sorleyson started at the question. For an instant he wondered if these