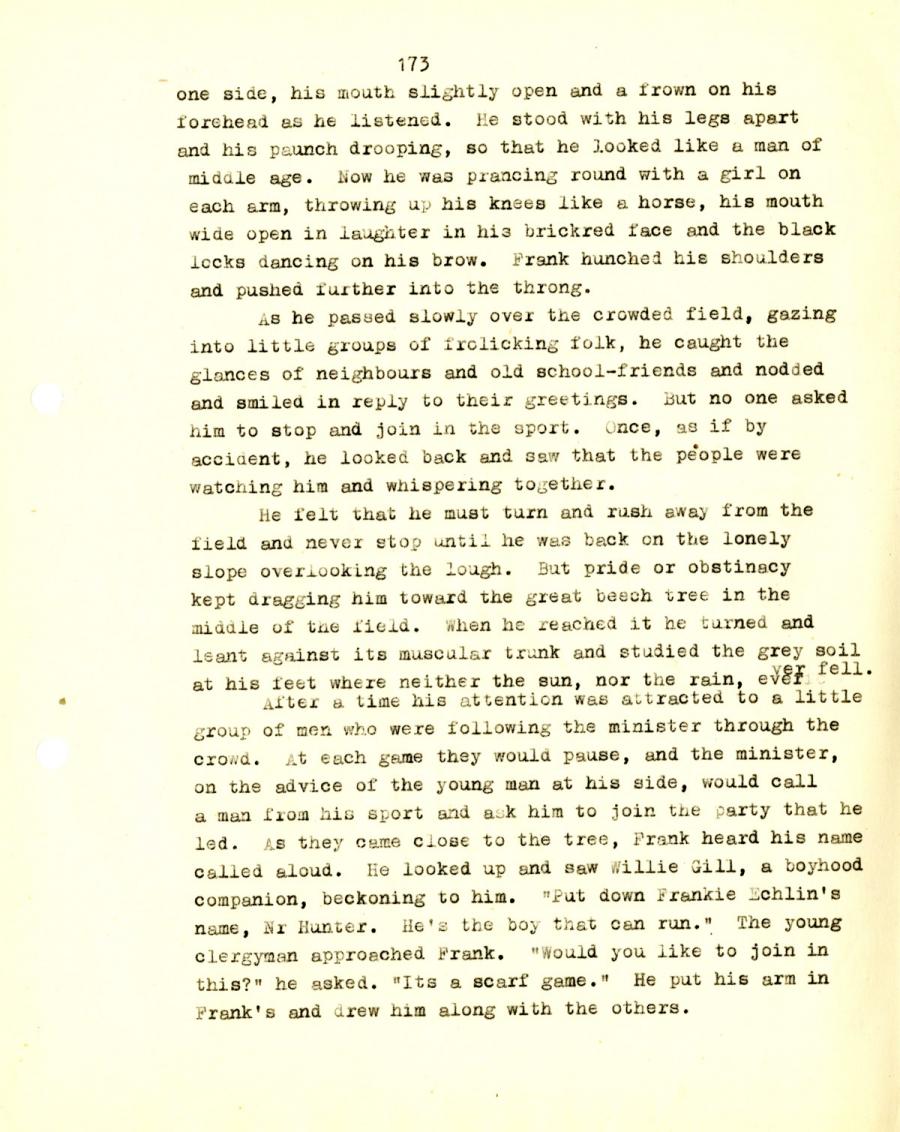 one side, his mouth slightly open and a frown on his
forehead as he listened. He stood with his legs apart
and his paunch drooping, so that he looked like a man of
middle age. Now he was prancing round with a girl on
each arm, throwing up his knees like a horse, his mouth
wide open in laughter in his brickred face and the black
locks dancing on his brow. Frank hunched his shoulders
and pushed further into the throng.

As he passed slowly over the crowded field, gazing
into little groups of frolicking folk, he caught the
glances of neighbours and old school-friends and nodded
and smiled in reply to their greetings, but no one asked
him to stop and join in the sport. Once, as if by
accident, he looked back and saw that the people were
watching him and whispering together.

He felt that he must turn and rush away from the
field and never stop until he was back on the lonely
slope overlooking the lough. But pride or obstinacy
kept dragging him toward the great beech tree in the
middle of the field, when he reached it he turned and
leant against its muscular trunk and studied the grey soil
at his feet where neither the sun, nor the rain, ever fell.

After a time his attention was attracted to a little
group of men who were following the minister through the
crowd. At each game they would pause, and the minister,
on the advice of the young man at his side, would call
a man from his sport and ask him to join the party that he
led. As they came ciose to the tree, Frank heard his name
called aloud. He looked up and saw Willie Gill, a boyhood
companion, beckoning to him. "Put down Frankie Echlin's
name, Nr Hunter. He’s the boy that can run.” The young
clergyman approached Frank. "Would you like to join in
this?" he asked. "Its a scarf game." He put his arm in
Frank's and drew him along with the others.