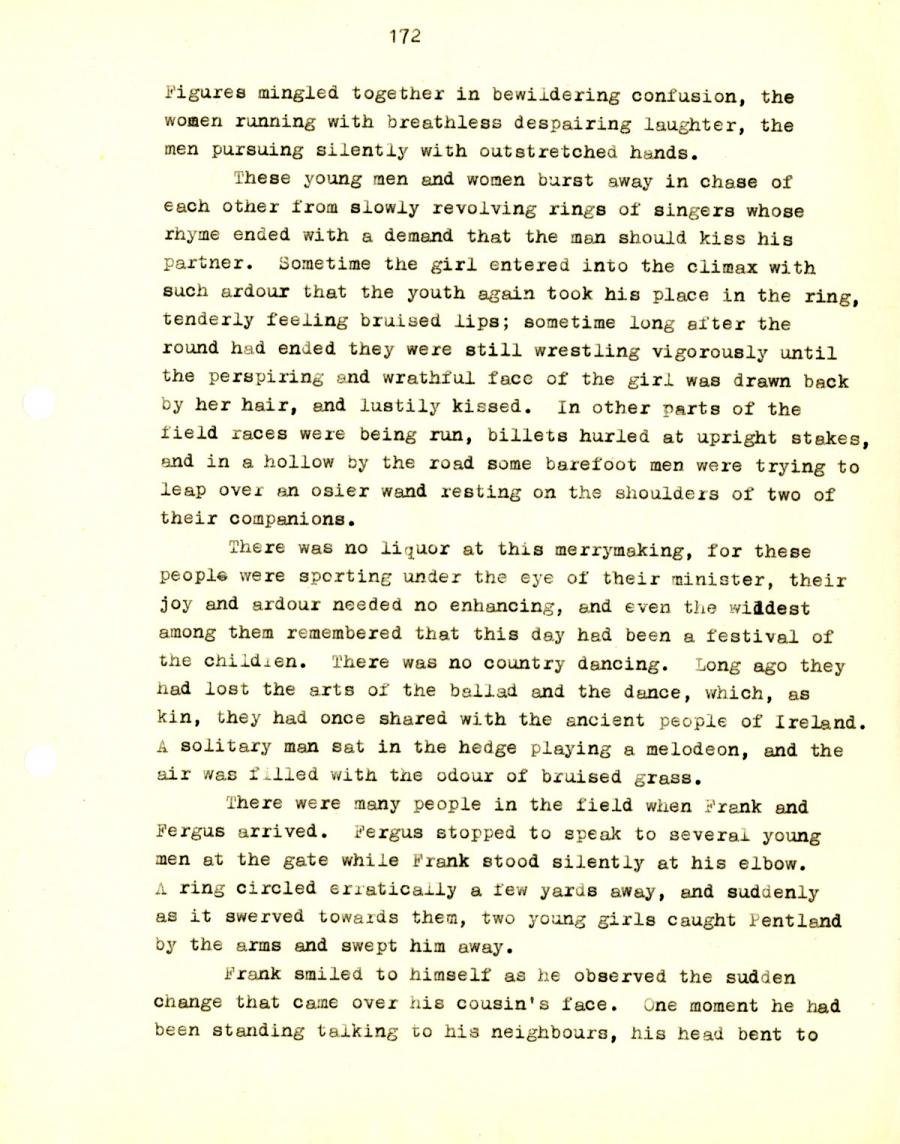 figures mingled together in bewildering confusion, the
women running with breathless despairing laughter, the
men pursuing silently with outstretched hands.

These young men and women burst away in chase of
each other from slowly revolving rings of singers whose
rhyme ended with a demand that the man should kiss his
partner. Sometime the girl entered into the climax with
such ardour that the youth again took his place in the ring,
tenderly feeling bruised lips; sometime long after the
round had ended they were still wrestling vigorously until
the perspiring and wrathful face of the girl was drawn back
by her hair, and lustily kissed. In other parts of the
field races were being run, billets hurled at upright stakes
and in a hollow by the road some barefoot men were trying to
leap over an osier wand resting on the shoulders of two of
their companions.

There was no liquor at this merrymaking, for these
people were sporting under the eye of their minister, their
joy and ardour needed no enhancing, and even the wildest
among them remembered that this day had been a festival of
the children. There was no country dancing. Long ago they
had lost the arts of the ballad and the dance, which, as
kin, they had once shared with the ancient people of Ireland
A solitary man sat in the hedge playing a melodeon, and the
air was failed with the odour of bruised grass.

There were many people in the field when Frank and
Fergus arrived. Fergus stopped to speak to several young
men at the gate while Frank stood silently at his elbow.

A ring circled erratically a few yards away, and suddenly
as it swerved towaids them, two young girls caught Pentland
by the arms and swept him away.

Frank smiled to himself as he observed the sudden
change that came over his cousin’s face, one moment he had
been standing talking to his neighbours, his head bent to