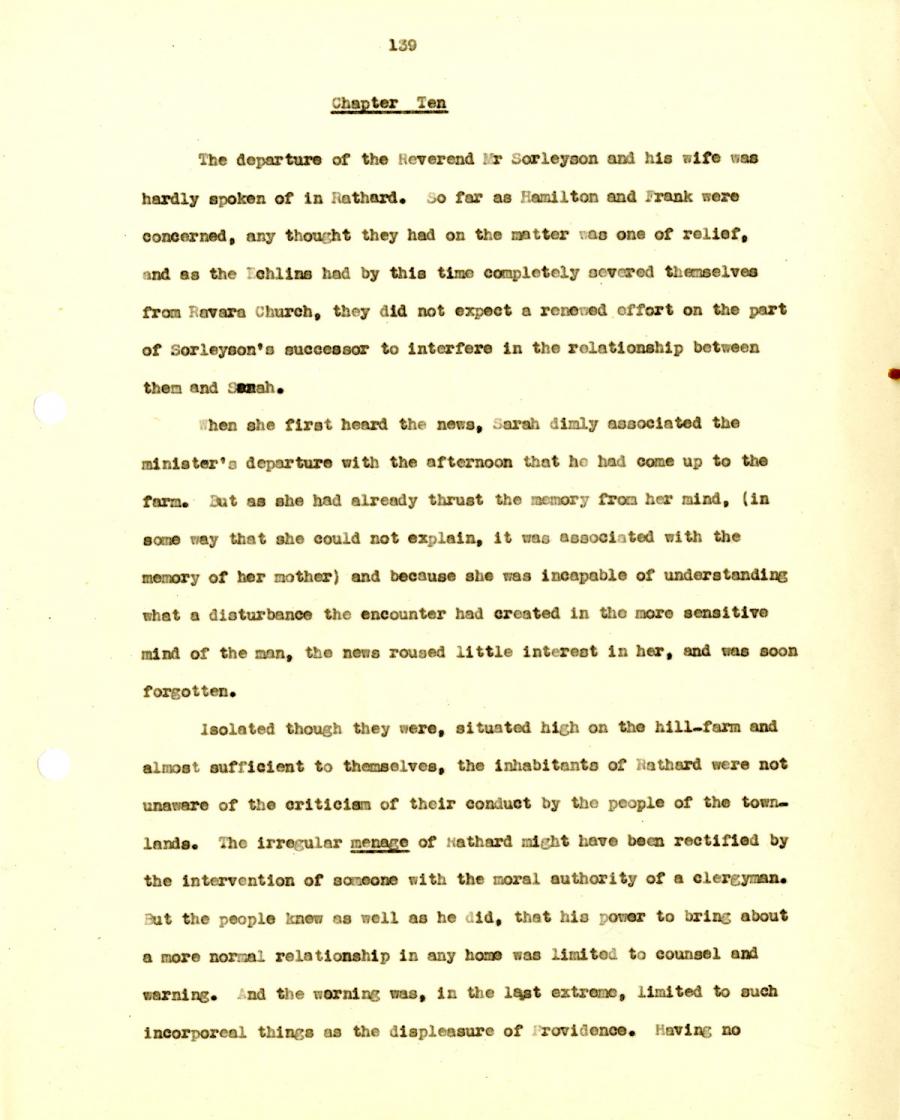 The departure of the Reverend Mr Sorleyson and his wife was
hardly spoken of in Rathord. So for as Hamilton and Frank were
concerned, any thought they had on the matter was one of relief,
and as the Echlins had by this time completely severed themselves
from Ravara church, they did not expect a renewed effort on the part
of Sorleyson’s successor to interfere in the relationship between
them and Sarah.

When she first heard the news, Sarah dimly associated the
minister’s departure with the afternoon that he had come up to the
farm. But as she had already thrust the memory from her mind, (in
some way that she could not explain, it was associated with the
memory of her mother) and because she was incapable of understanding
what a disturbance the encounter had created in the more sensitive
mind of the man, the news roused little interest in her, and was soon
forgotten.

Isolated though they were, situated high on the hill-farm and
almost sufficient to themselves, the inhabitants of Rathard were not
unaware of the criticism of their conduct by the people of the town-
lands. The irregular menage of Rathard might have been rectified by
the intervention of someone with the moral authority of a clergyman.
But the people knew as well as he did, that his power to bring about
a more normal relationship in any home was limited to counsel and
warning. And the warning was, in the last extreme, limited to such
incorporeal things us the displeasure of Providence. Having no