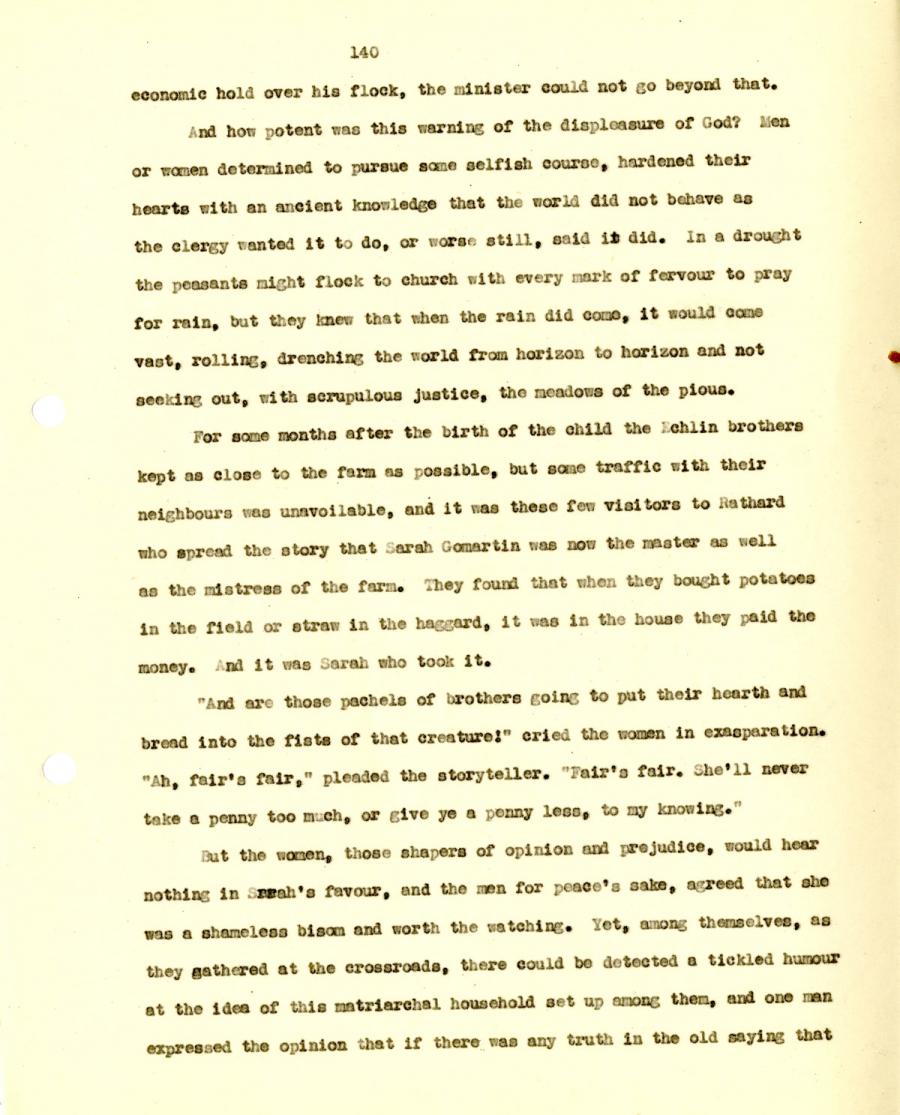 economic hold over his flock, the minister coUld not go beyond that.

And how potent was this warning of the displeasure of God? Men
or women determined to pursue some selfish course, hardened their
hearts with an ancient knowledge that the world did not behave as
the clergy wanted it to do, or worse still, said it did. In a drought
the peasants might flock to church with every mark of fervour to pray
for rain, but they knew that when the rain did come, it would come
vast, rolling, drenching the world from horizon to horizon and not
seeking out, with scrupulous justice, the meadows of the pious.

For some months after the birth of the child the Echlin brothers
kept as close to the farm as possible, but some traffic with their
neighbours was unavoiiable, and it was these few visitors to Rathard
who spread the story that Sarah Gomartin was now the master as well
as the mistress of the farm. They found that when they bought potatoes
in the field or straw in the haggard, it was in the house they paid the
money, and it was Sarah who took it.

"And arr those pachels of brothers going to put their hearth and
broad into the fists of that creature!" cried the women in exasperation.
"Ah, fair’s fair," pleaded the storyteller. "Fairs, fair, She'll never
take a penny too much, or give ye a penny less, to my knowing. ’

But the women, those shapers of opinion and prejudice, would hear
nothing in Sarah's favour, and the men for peace's sake, agreed that she
was a shameless bismn and worth the watching. Yet, anong themselves, as
they gathered at the crossroads, there could be detected a tickled humour
at the idea of this matriarchal household set up among then, and one nan
expressed the opinion that if there was any truth in the old saying that