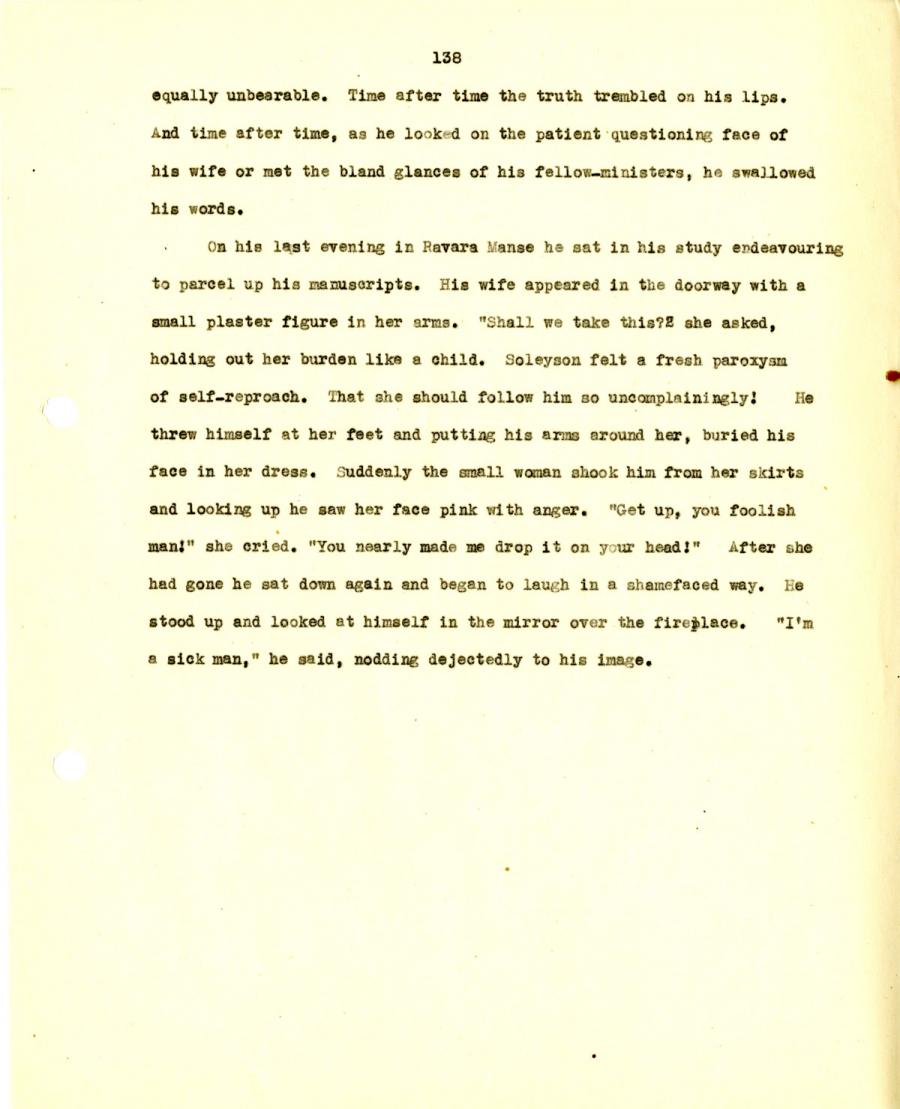 equally unbearable. Time after time the truth trembled on his lips.
And time after time, as he look'd on the patient questioning face of
his wife or met the bland glances of his fellow-ministers, he swallowed
his words.

On his last evening in Ravara Manse he sat in his study endeavouring
to parcel up his manuscripts. His wife appeared in the doorway with a
small plaster figure in her arms. "Shall we take this?" she asked,
holding out her burden like a child. Soleyson felt a fresh paroxysm
of self-reproach. That she should follow him so uncomplainingly! He
threw himself at her feet and putting his arms around her, buried his
face in her dress. Suddenly the small woman shook him from her skirts
and looking up he saw her face pink with anger. "Get up, you foolish
man!" she cried. "You nearly made me drop it on your head!" After she
had gone he sat down again and began to laugh in a shamefaced way. He
stood up and looked at himself in the mirror over the fireplace. "I’m
a sick man," he said, nodding dejectedly to his image.