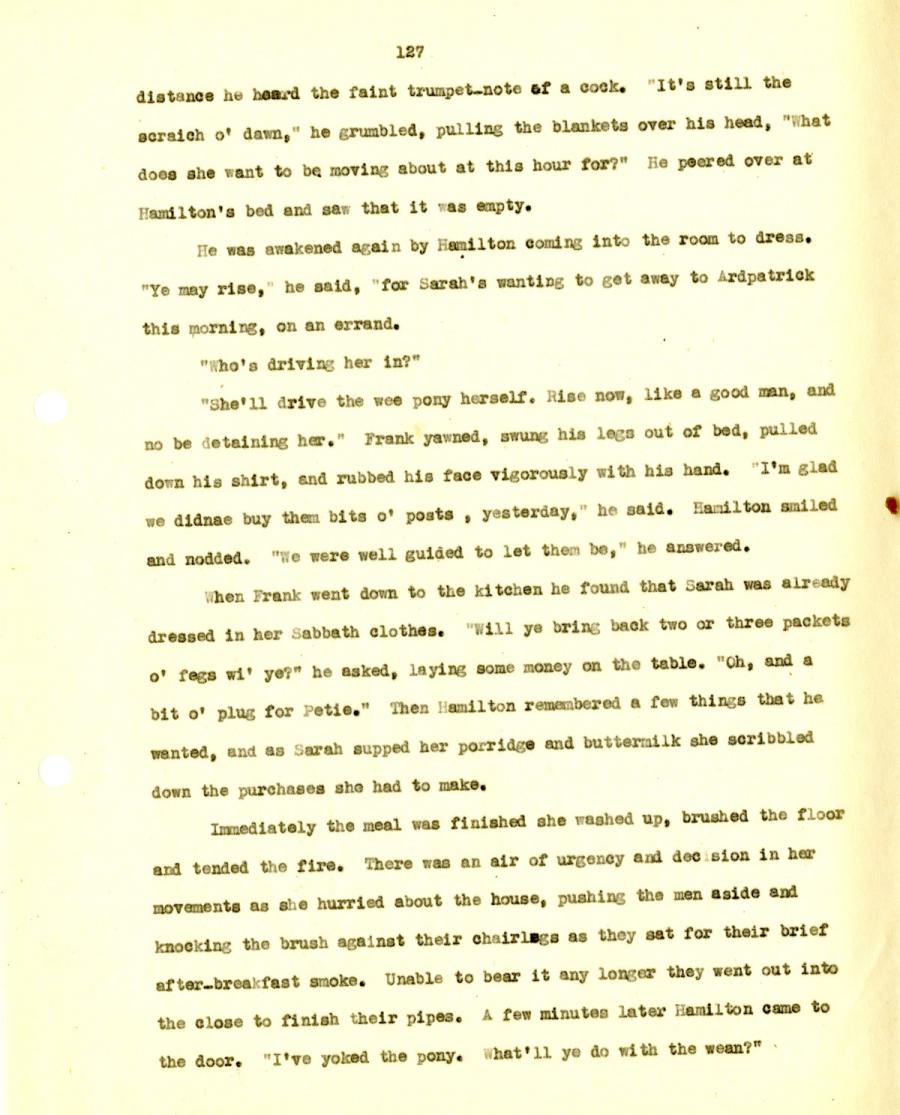 distance he heard the faint trumpet-note 6f a cock# It’s still the
scraich o’ dawn," he grumbled, pulling the blankets over his head, "What
does she want to be moving about at this hour for?" HE peered over at
Hamilton’s bed and saw that it was empty.

He was awakened again by Hamilton coming into the room to dress.
"Ye may rise, he said, for Sarah's wanting to get away to Ardpatrick
this morning, on an errand.

"She’ll drive the wee pony herself. Rise now, like a good man, and
no be detaining her." Frank yawned, swung his legs out of bed, pulled
down his shirt, and rubbed his face vigorously with his hand. I’m glad
we didnae buy them bits o’ posts , yesterday, he said. Hamilton smiled
and nodded. "We were well guided to let then be,' he answered.

When Frank went down to the kitchen he found that Sarah was already
dressed in her Sabbath clothes. "Will ye bring back two or three packets
o' fegs wi' ye?" he asked, laying some money on the table. "Oh, and a
bit o' plug for Petie." Then Hamilton remembered a few things that he
wanted, and as Sarah supped her porridge and buttermilk she scribbled
down the purchases she had to make.

Immediately the meal was finished she washed up, brushed the floor
and tended the fire. There was an air of urgency and decision in her
movements as she hurried about the house, pushing the men aside and
knocking tho brush against their chairlegs as they sat for their brief
after-breakfast smoke. Unable to bear it any longer they went out into
the close to finish their pipes. A few minutes later Hamilton came to
the door. "I’ve yoked the pony. what'11 ye do with the wean?"