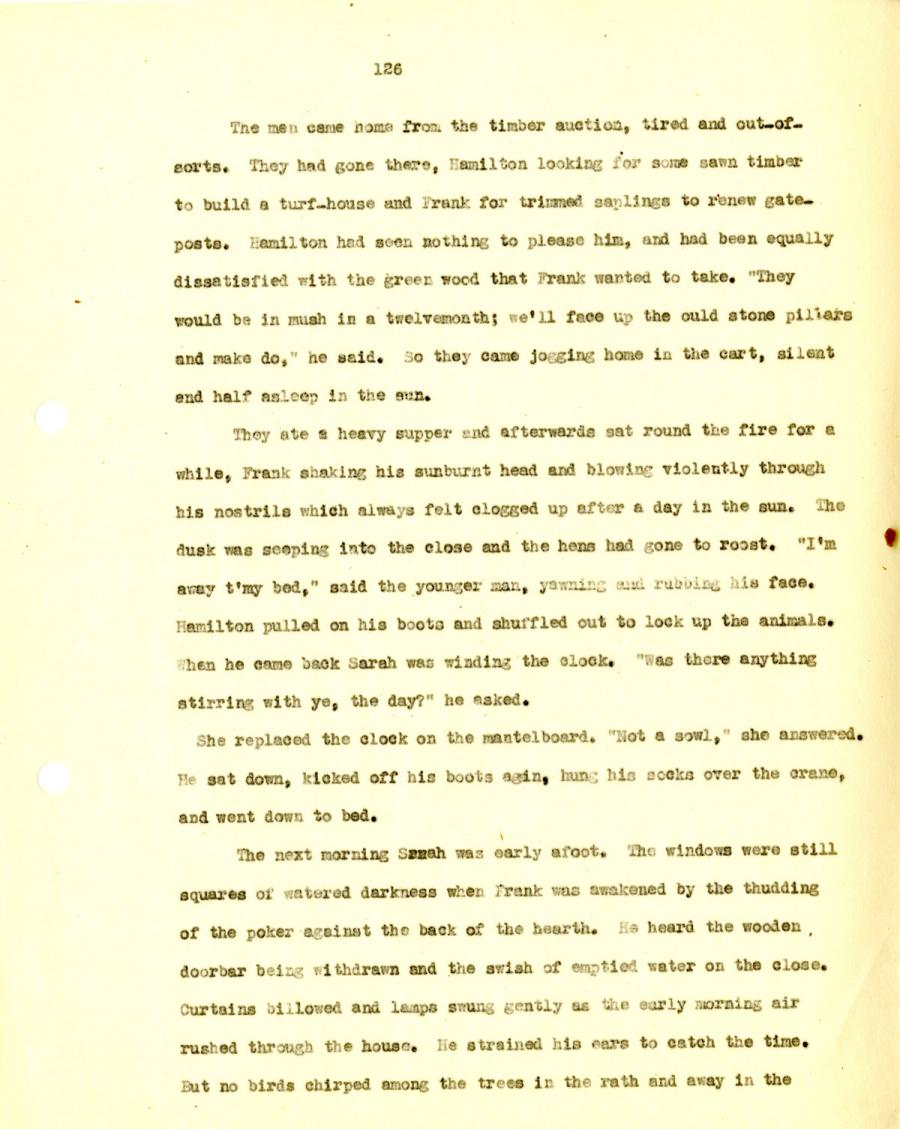 The men came from the timber auction, tired and out-of-
sorts, They had gone there, Hamilton looking for some sawn timber
to build a turf-house and Frank for trimmed saplings to renew gate-
posts. Hamilton had seen nothing to please him, and had been equally
dissatisfied with the green wood that Frank wanted to take. "They
would be in mush in a twelvemonth; we'll face up the ould stone pillars
and make do," he said. So they came jogging home in the cart, silent
and half asleep in the sun.

They ate a heavy supper and afterwards sat round the fire for a
while, Frank shaking his sunburnt head and blowing violently through
his nostrils which always felt clogged up after a day in the sun. The
dusk was seeping into the close and the hens had gone to roost. "I’m
away t’ay bed," said the younger man, yawning and rubbing his face.
Hamilton pulled on his boots and shuffled out to lock up the animals,
when he came back Sarah was winding the clock. "Was there anything
stirring with ye, the day?" he asked.

She replaced the clock on the mantelboar.* "Not a soul," she answered.
He sat down, kicked off his boots again, hung his socks over the crane,
and went down to bed.

The next morning Sarah was early afoot. The windows were still
squares of watered darkness when Frank was awakened by the thudding
of the poker against the back of the hearth.He heard the wooden
doorbar being withdrawn and the swish of emptied water on the close.
Curtains billowed and lamps swung gently as the early morning air
rushed through the house. He strained his ears to catch the time.
But no birds chirped among the trees in the rath and away in the