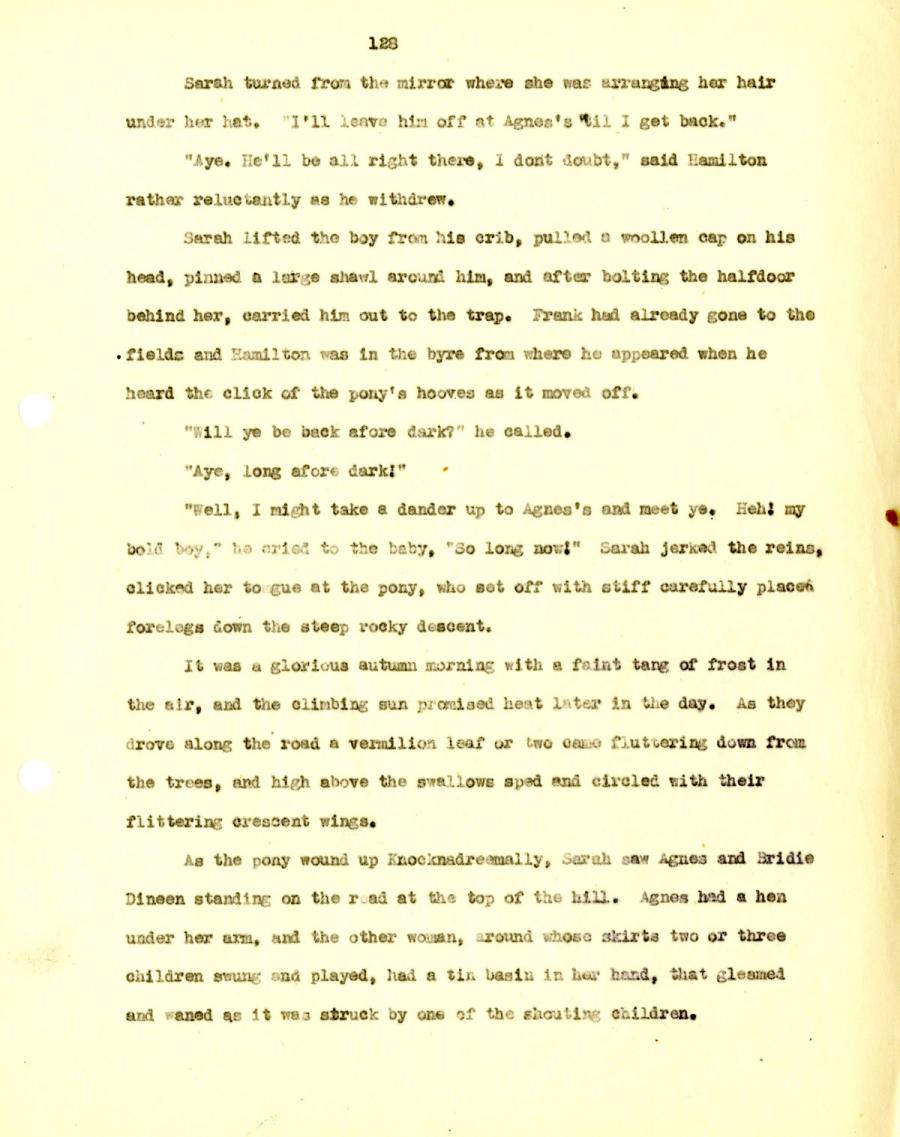 Sarah turned from the mirror where she war arranging her hair
under her hat. I'll leave him off at Agnes's til I get back.”

Sarah Lifted tho boy from his crib, pulled a woollen cap on his
head, pinned a large shawl around him, and after bolting the halfdoor
behind her, carried him out to the trap. Frank had already gone to the
fields and Hamilton was in the byre from where he appeared when he
heard the click of the pony's hooves as it moved off.

"Will ye be back afore dark?" he called.

"Well, I might take a dander up to Agnes's and meet ye. Heh! my
bold boy," he cried to the baby, "So long now!" Sarah jerked the reins,
clicked her tongue at the pony, who set off with stiff carefully placed
forelegs down the steep rocky descent.

It was a glorious autumn morning with a feint tang of frost in
the air, and the climbing sun promised heat Inter in the day. As they
drove along the road a vermilion leaf or two came flutttering down from
the trees, and high above the swallows sped and circled with their
flittering crescent wings.

As the pony wound up Knocknadremally, Sarah saw Agues and Bridie
Dineen standing on the road at the top of tht hill. Agnes had a hen
under her arm, and the other woman, round whose skirts two or three
children swung sad played, had a tin basin in her hand, that gleamed
and waned as it was struck by one of the shouting children.