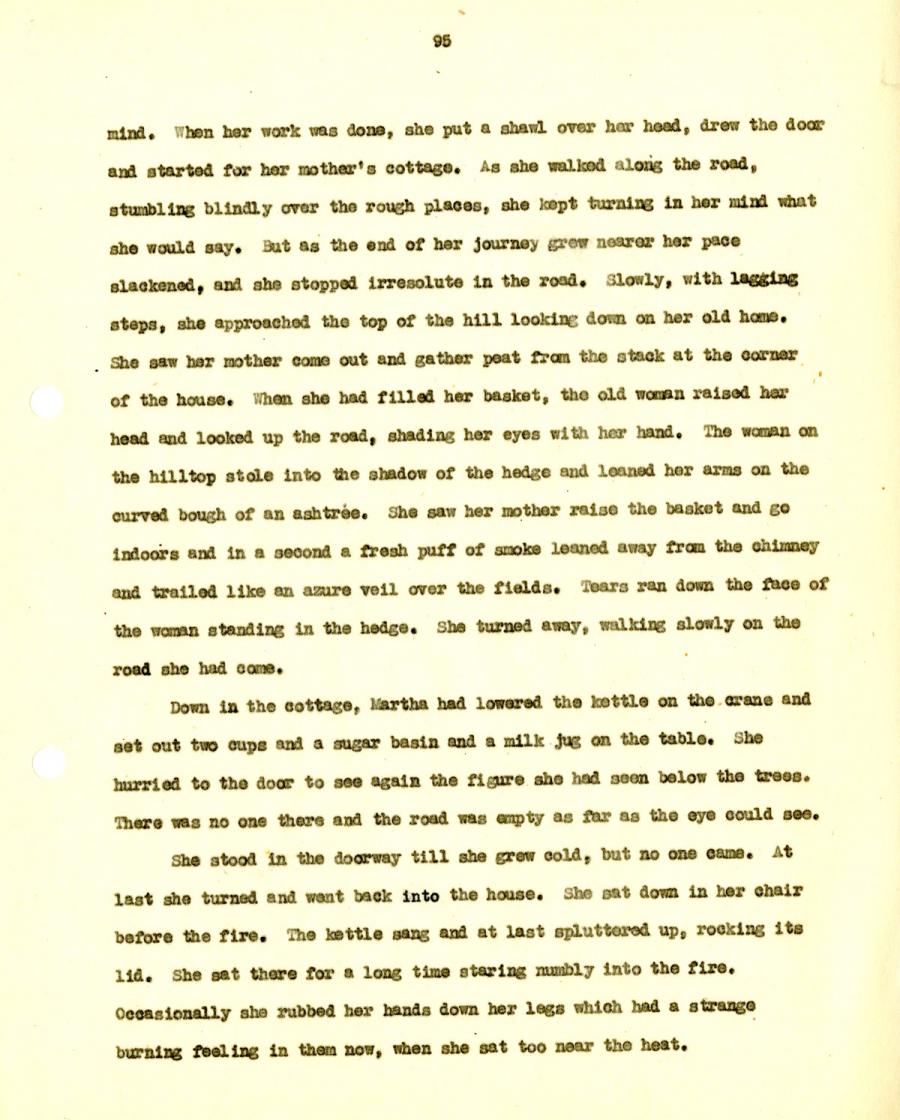 mind. When her work was done, she put a shawl over her hood, drew the door
and started for her mother’s cottage. As she walked along the road,
stumbling blindly over the rough places, she kept turning in her mind what
she would say. But as the end of her Journey grow nearer her pace
slackened, and she stopped irresolute in the rood. Slowly, with lagging
steps, she approached the top of the hill looking down on her old home.

She saw her mother come out and gather peat from the stack at the corner
of the house. When she had filled her basket, tho old woman raised her
head and looked up the road, shading her eyes with her hand. The woman on
the hilltop stole into the shadow of the hedge and loaned her arms on the
curved bough of an ashtree. She saw her mother raise the basket and go
indoors and in a second a fresh puff of smoke leaned away from the chimney
and trailed like an azure veil over the fields. Tears ran down the face of
the woman standing in the hedge, she turned away, walking slowly on the
road she had come.

Down in the cottage, Martha had lowered the kettle on tho crane and
set out two cups and a sugar basin and a milk Jug on the table. She
hurried to the door to see again the figure she had seen below the trees.
There was no one there and the road was empty as far as the eye could see.

She stood in the doorway till she grew cold, but no one came. At
last she turned and went back into the house. She sat down in her chair
before the fire. The kettle sang and at last spluttered up, rocking its
lid. She sat there for a long time staring numbly into the fire.
Occasionally she rubbed her hands down her legs which had a strange
burning feeling in them now, when she sat too near the heat.