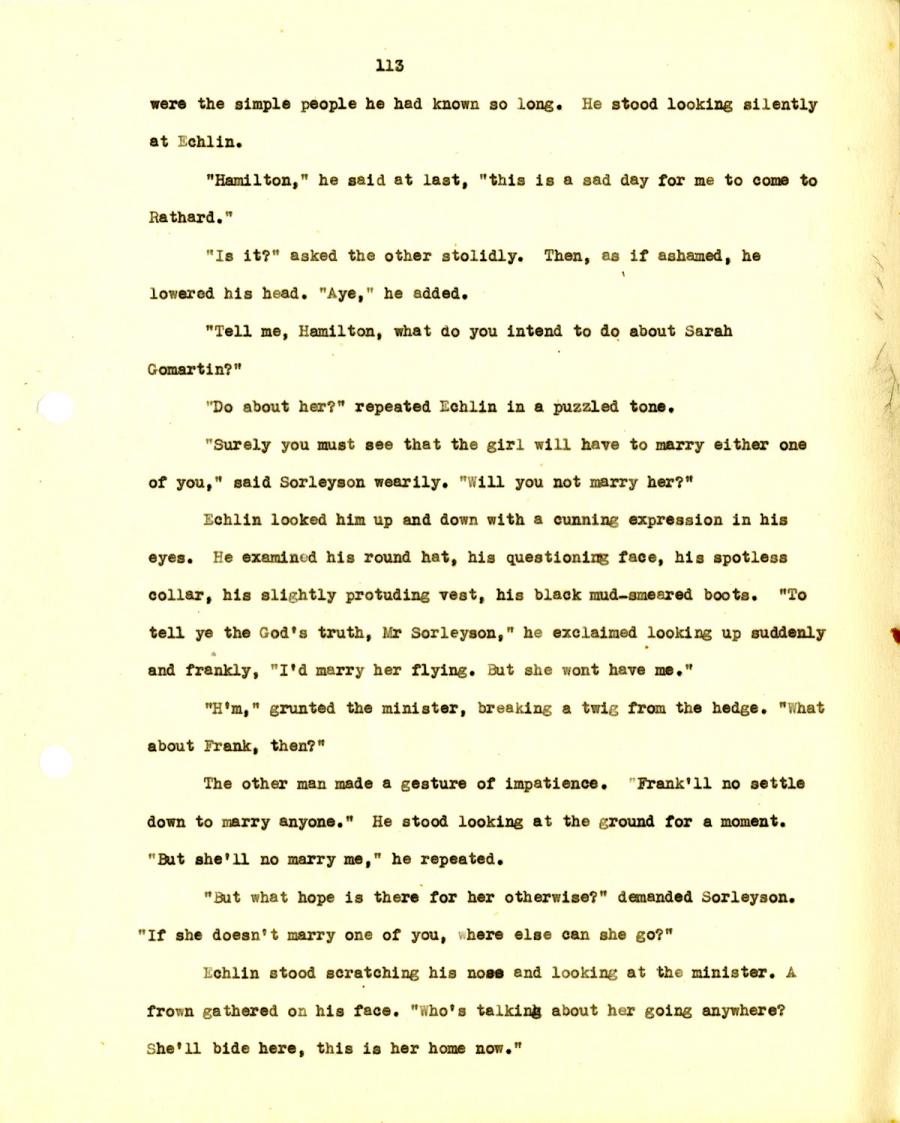 were the simple people he had known so long. He stood looking silently
at Echlin.

"Hamilton," he said at last, "this is a sad day for me to come to
Rathard."

"Is it?” asked the other stolidly. Then, as if ashamed, he
lowered his head. "Aye,” he added.

"Tell me, Hamilton, what do you intend to do about Sarah
Gomartin?"

"Do about her?" repeated Echlin in a puzzled tone.

"Surely you must see that the girl will have to marry either one
of you," said Sorleyson wearily. "Will you not marry her?"

Echlin looked him up and down with a cunning expression in his
eyes. He examined his round hat, his questioning face, his spotless
collar, his slightly protuding vest, his black mud-smeared boots. "To
tell ye the God’s truth, Mr Sorleyson," he exclaimed looking up suddenly
and frankly, "I’d marry her flying. But she wont have me.”

"H’m," grunted the minister, breaking a twig from the hedge. "What
about Frank, then?"

The other man made a gesture of impatience. "Frank’ll no settle
down to marry anyone." He stood looking at the ground for a moment.

"But she’ll no marry me," he repeated.

"But what hope is there for her otherwise?" demanded Sorleyson.

"If she doesn’t marry one of you, where else can she go?"

Echlin stood scratching his nose and looking at the minister. A
frown gathered on his face. "Who's talking about her going anywhere?
She'll bide here, this is her home now."