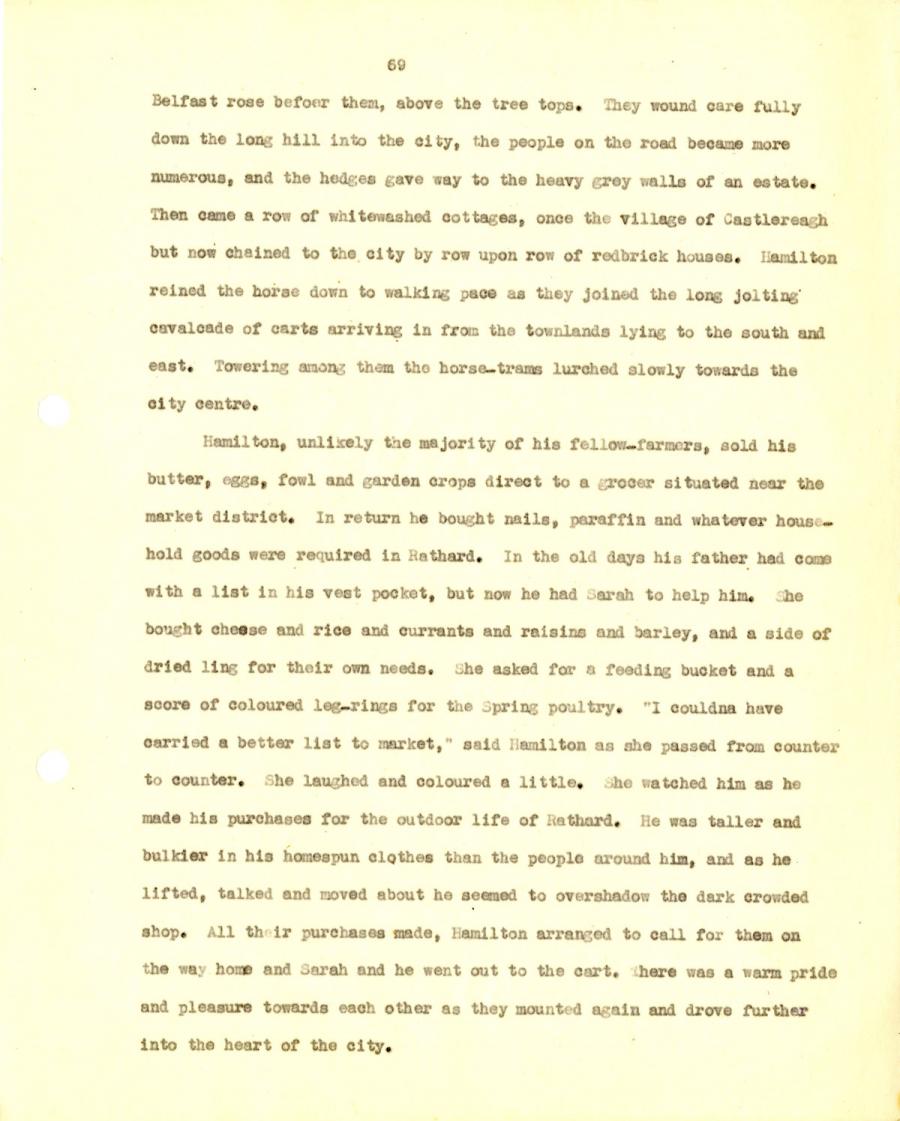 Belfast rose before them, above the tree tops. They wound care fully
down the lone: hill into the city, the people on tho road became more
numerous, and the hedges t.ave «ay to the heavy grey walls of an estate.
Then came a row of whitewashed cottages, once the village of Castlereadh
but now chained to the city by row upon row of redbrick houses. Hamilton
reined the horse down to walking pace as they joined the long jolting'
cavalcade of carts arriving in from the townlands lying to the south and
east. Towering among them the horse-trams lurched slowly towards the
city centre,

Hamilton, unlikely the majority of his fellow-farmers, sold his
butter, eggs, fowl and garden crops direct to a grocer situated near the
market district. In return he bought nails, paraffin and whatever house-
hold goods were required in Rathard. In the old days his father had come
with a list in his vest pocket, but now he had Sarah to help him, he
bought cheese and rice and currants and raisins and barley, and a side of
dried ling for their own needs. She asked for a feeding bucket and a
score of coloured leg-rings for the spring poultry. “I couldna have
carried a better list to market," said Hamilton as she passed from counter
to counter. She laughed and coloured a little. She watched him as he
made his purchases for the outdoor life of Rathard. He was taller and
bulkier in his homespun clothes than the people around him, and as he
lifted, talked and moved about he seemed to overshadow the dark crowded
shop. All their purchases made, Hamilton arranged to call for them on
the way home and Sarah and he went out to the cart, here was a warm pride
and pleasure towards each other as they mounted again and drove further
into the heart of the city.