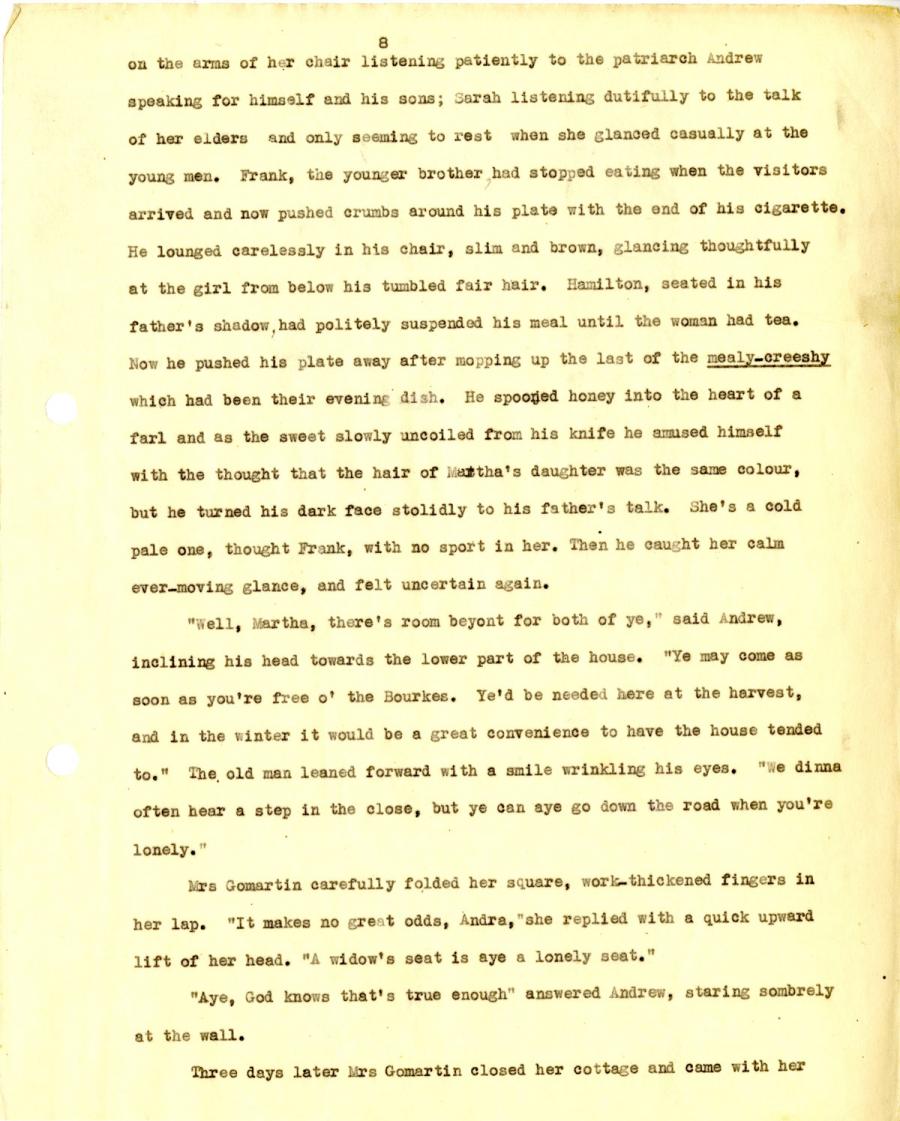 speaking for himself and his sons; Sarah listening dutifully to the talk

young men. Frank, the younger brother had stopped eating when the visitors

arrived and now pushed crumbs around his plate with the end of his cigarette.

He lounged carelessly in his chair, slim and brown, glancing thoughtfully

at the girl from below him tumbled fair hair. Hamilton, seated in his

father's shadow.had politely suspended his meal until the woman had tea.

which had been their evening dish. He spooled honey into the heart of a

with the thought that the hair of Martha’s daughter was the same colour,

but he turned his dark face stolidly to his father’s talk. She’s a cold

pale one, thought Frank, with no sport in her. Then he caught her calm

"Well, Martha, there’s room beyond for both of ye, ' said Andrew,

inclining his head towards the lower part of the house. "Ye may come as

soon as you’re free o’ the Bourkes. Ye’d be needed here at the harvest,

to." The. old man leaned forward with a smile wrinkling his eyes. " We dinna

often hear a step in the close, but ye can aye go down the road when you’re

her lap. "It makes no great odds, Andrew,”she replied with a quick upward

lift of her head. "A widow’s seat is aye a lonely seat."