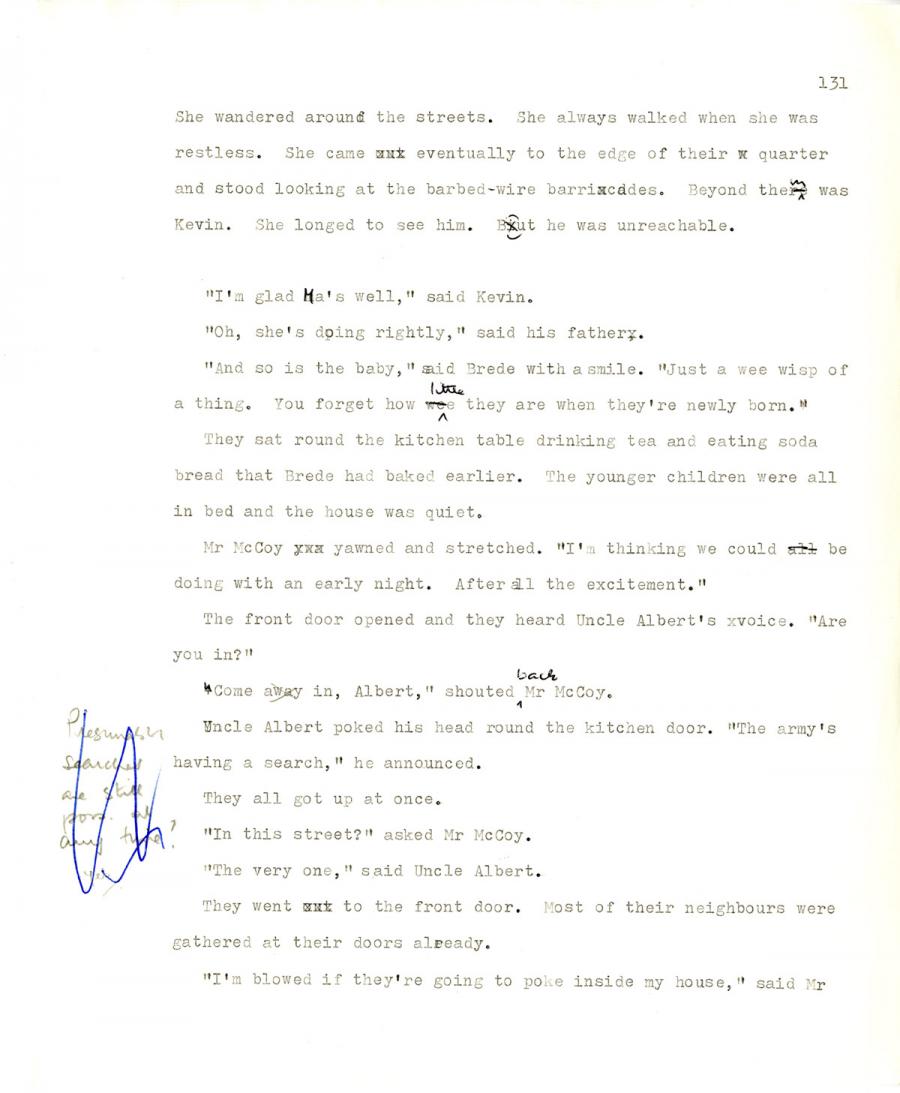 She wandered around the streets. She always walked when she was
restless. She came eventually to the edge of their quarter
and stood looking at the barbed-wire barricades. Beyond them was
Kevin. She longed to see him. But he was unreachable.

"And so is the baby," said Brede with a smile. "Just a wee wisp of
a thing . You forget how little they are when they're newly born."

They sat round the kitchen table drinking tea and eating soda
bread that Brede had baked earlier. The younger children were all
in bed and the house was quiet.

Mr McCoy yawned and stretched. "I'm thinking we could be
doing with an early night. After all the excitement."

The front door opened and they heard Uncle Albert's xvoice. "Are
you in?"

Uncle Albert poked his head round the kitchen door. "The army's
having a search," he announced.

They all got up at once.

"In this street?" asked Mr McCoy.

"The very one," said Uncle Albert.

They went to the front door. Most of their neighbours were
gathered at their doors already.

"I'm blowed if they're going to poke inside my house," said Mr