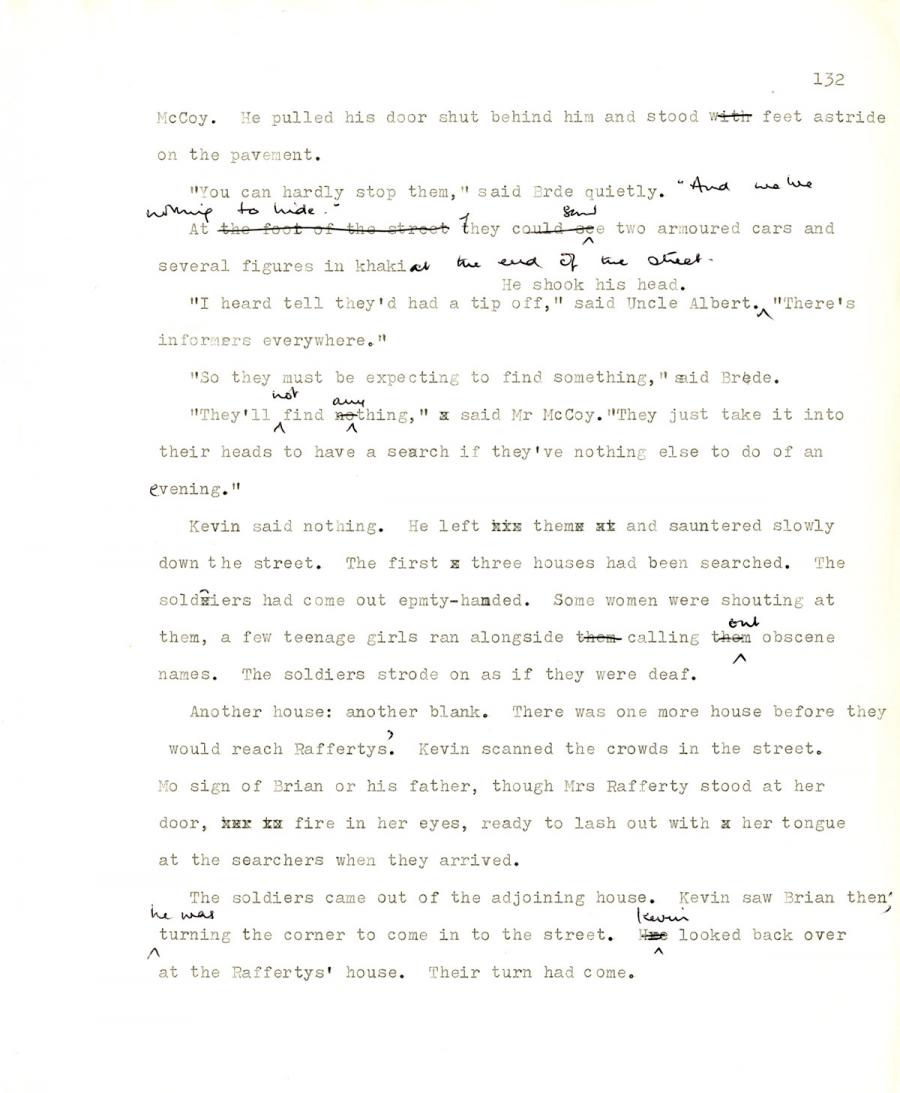 McCoy. He pulled his door shut behind him and stood feet astride
on the pavement.

"You can hardly stop them,'' said Brde quietly. "And we have nothing to hide"

They saw two armoured cars and
several figures in khaki at the end of the street.

"I heard tell they'd had a tip off," said Uncle Albert. He shook his head. "There's
informers everywhere."

"So they must be expecting to find something, " said Brede.

"They'll not find anything, " said Mr McCoy. "They just take it into
their heads to have a search if they've nothing else to do of an
evening."

Kevin said nothing. He left them and sauntered slowly
down the street. The first three houses had been searched. The
soldiers had come out epmty-handed. Some women were shouting at
them, a few teenage girls ran alongside calling out obscene
names. The soldiers strode on as if they were deaf.

Another house: another blank. There was one more house before they
would reach Raffertys'. Kevin scanned the crowds in the street.
Mo sign of Brian or his father, though Mrs Rafferty stood at her
door, fire in her eyes, ready to lash out with her tongue
at the searchers when they arrived.

The soldiers came out of the adjoining house. Kevin saw Brian then;
he was turning the corner to come in to the street. Kevin looked back over
at the Raffertys' house. Their turn had come.