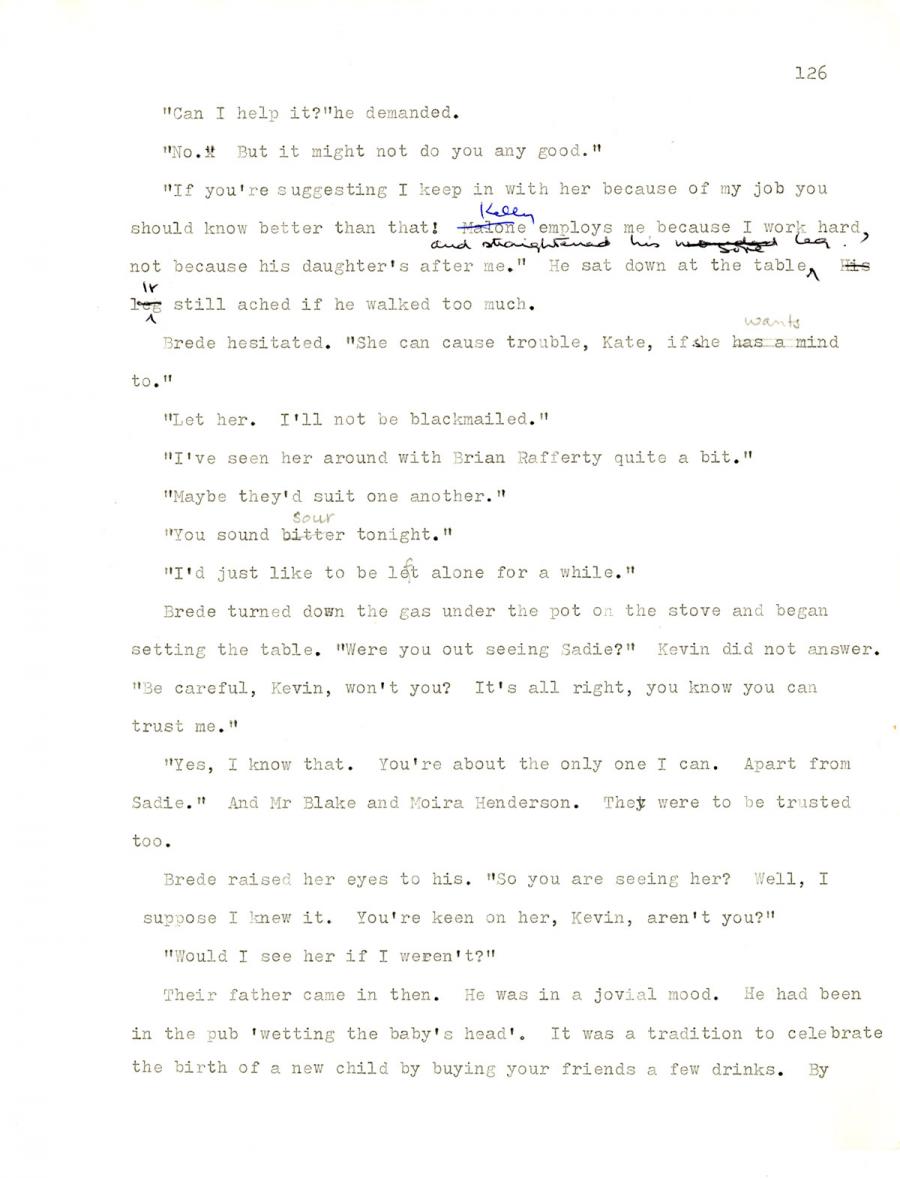 "Can I help it?"he demanded.

"If you're suggesting I keep in with her because of my job you
should know better than that! Kelly employs me because I work hard
not because his daughter’s after me." He sat down at the table and straightened his sore leg. It still ached if he walked too much.

Brede hesitated. "She can cause trouble, Kate, if she wants
to."

"Let her. I’ll not be blackmailed."

"I've seen her around with Brian Rafferty quite a bit."

"Maybe they’d suit one another."

"I'd just like to be left alone for a while."

Brede turned down the gas under the pot on the stove and began
setting the table. "Were you out seeing Sadie?" Kevin did not answer.
"Be careful, Kevin, won't you? It's all right, you know you can
trust me."

"Yes, I know that. You're about the only one I can. Apart from
Sadie." And Mr Blake and Moira Henderson. They were to be trusted
too.

Brede raised her eyes to his. "So you are seeing her? Well, I
suppose I knew it. You're keen on her, Kevin, aren't you?"

Their father came in then. He was in a jovial mood. He had been
in the pub 'wetting the baby's head'. It was a tradition to celebrate
the birth of a new child by buying your friends a few drinks. By