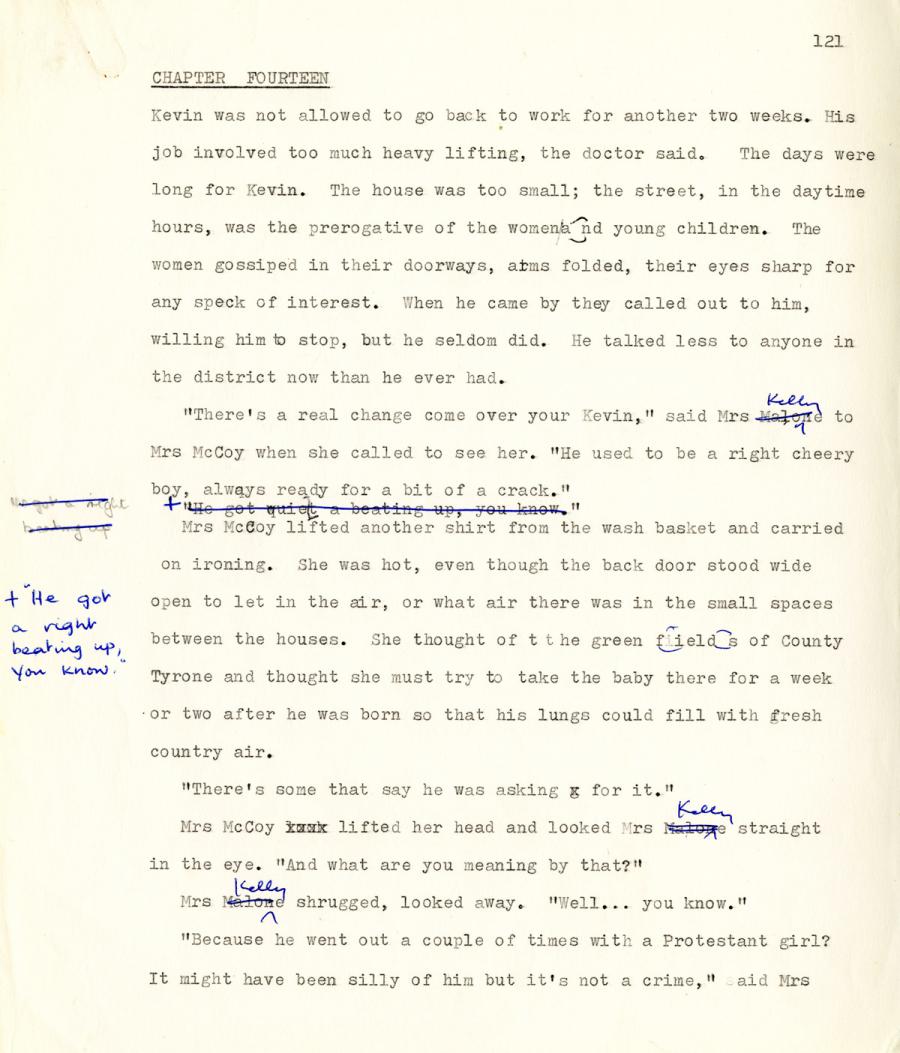 Kevin was not allowed to go back to work for another two weeks. His
job involved too much heavy lifting, the doctor said. The days were
long for Kevin. The house was too small; the street, in the daytime
hours, was the prerogative of the womena nd young children. The
women gossiped in their doorways, aims folded, their eyes sharp for
any speck of interest. When he came by they called out to him,
willing him to stop, but he seldom did. He talked less to anyone in
the district now than he ever had.

"There's a real change come over your Kevin," said Mrs Kelly to
Mrs McCoy when she called to see her. "He used to be a right cheery
boy, always ready for a bit of a crack."

"He got a right ebating up, you know."

Mrs McCoy lifted another shirt from the wash basket and carried
on ironing. She was hot, even though the back door stood wide
open to let in the air, or what air there was in the small spaces
between the houses. She thought of t the green f ield s of County
Tyrone and thought she must try to take the baby there for a week
or two after he was born so that his lungs could fill with fresh
country air.

"There's some that say he was asking for it."

Mrs McCoy lifted her head and looked Mrs Kelly straight
in the eye. "And what are you meaning by that?"

"Because he went out a couple of times with a Protestant girl?

It might have been silly of him but it's not a crime," said Mrs