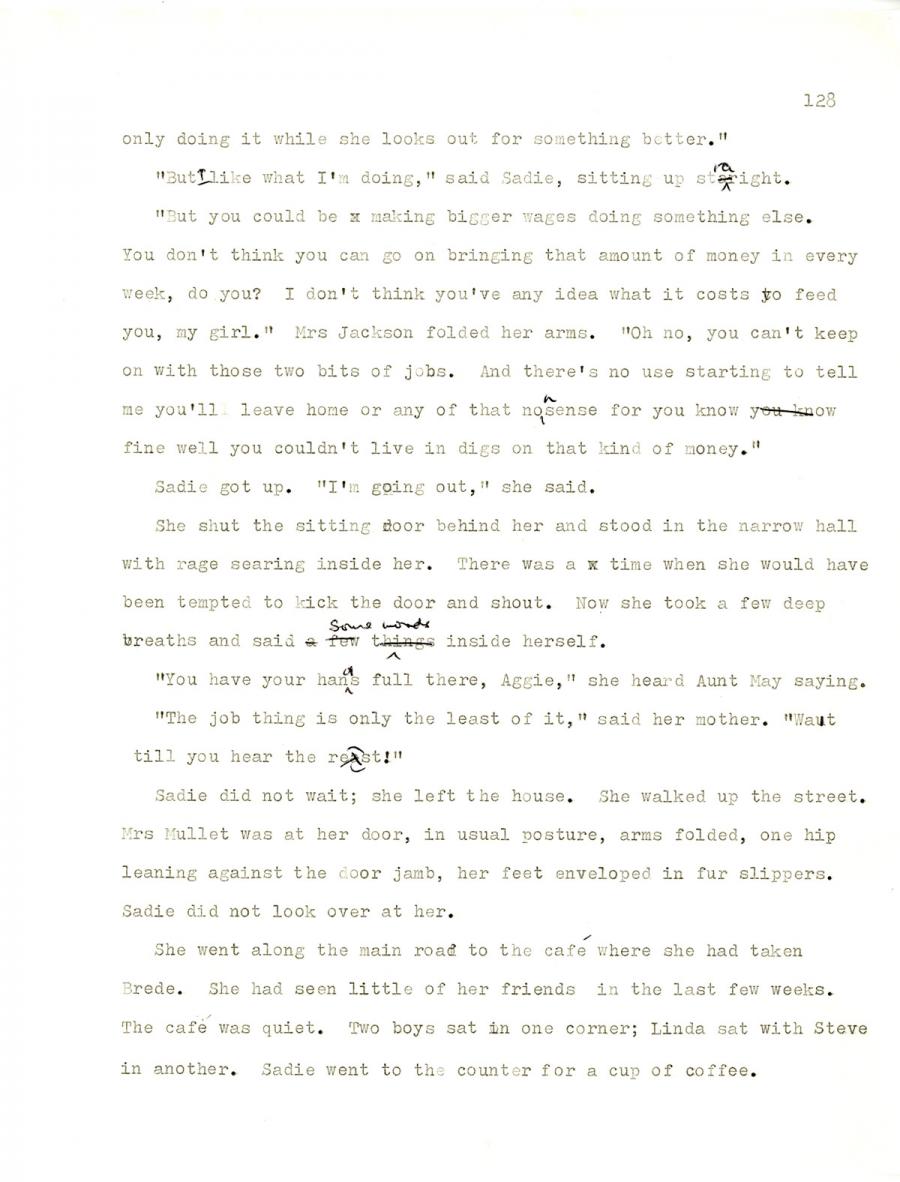 only doing it while she looks out for something better."

"But I like what I'm doing," said Sadie, sitting up straight.

"But you could be a making bigger wages doing something else.
You don't think you can go on bringing that amount of money in every
week, do you? I don't think you've any idea what it costs to feed
you, my girl." Mrs Jackson folded her arms. "Oh no, you can't keep
on with those two bits of jobs. And there's no use starting to tell
me you'll leave home or any of that nonsense for you know
fine well you couldn't live in digs on that kind of money."

She shut the sitting door behind her and stood in the narrow hall
with rage searing inside her. There was a time when she would have
been tempted to kick the door and shout. Now she took a few deep
breaths and said some words inside herself.

"You have your hands full there, Aggie," she heard Aunt Kay saying.

"The job thing is only the least of it," said her mother. "Wait
till you hear the rest!"

Sadie did not wait; she left the house. She walked up the street.
Mrs Mullet was at her door, in usual posture, arms folded, one hip
leaning against the door jamb, her feet enveloped in fur slippers.
Sadie did not look over at her.

She went along the main road to the cafe where she had taken
Brede. She had seen little of her friends in the last few weeks.
The cafe was quiet. Two boys sat in one corner; Linda sat with Steve
in another. Sadie went to the counter for a cup of coffee.