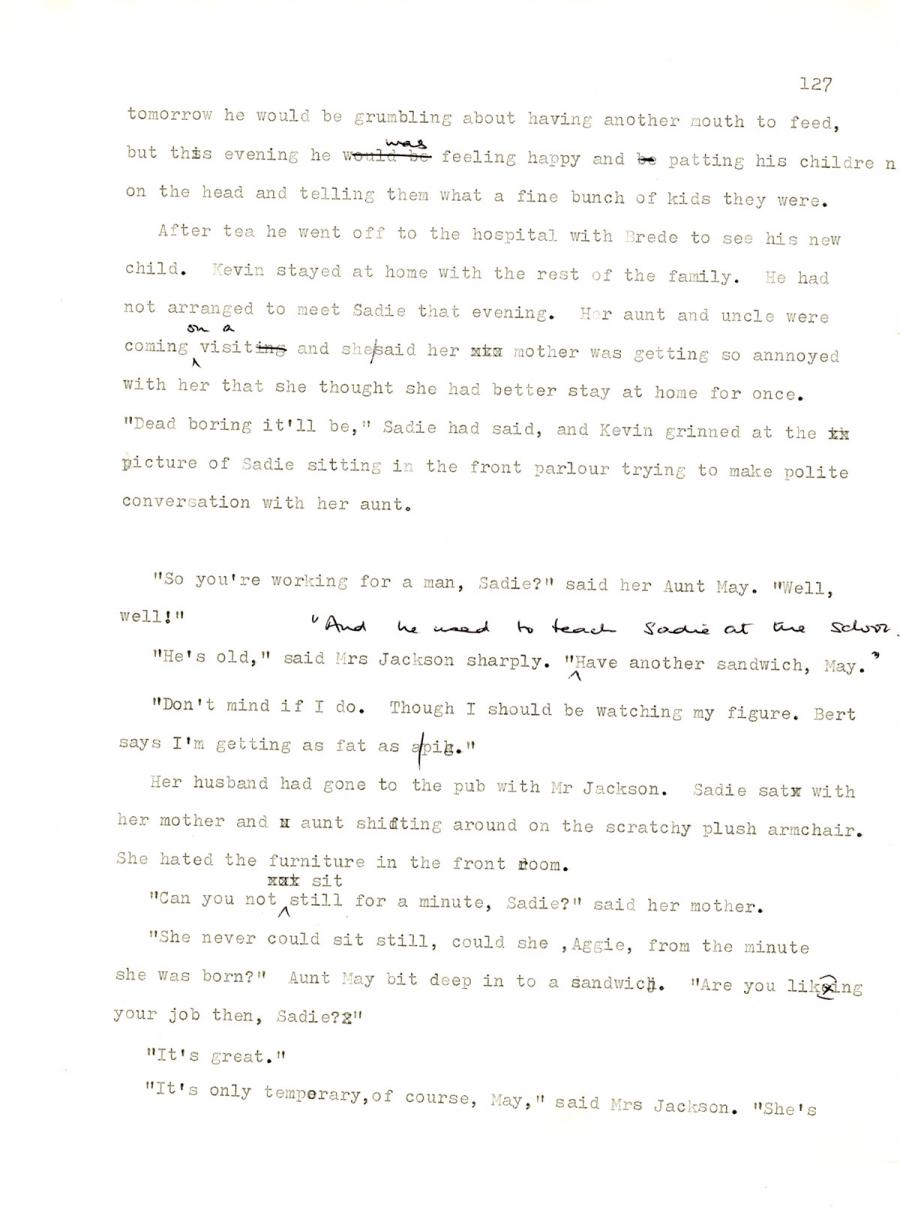 tomorrow he would be grumbling about having another mouth to feed,
but this evening he was feeling happy and patting his childre n
on the head and telling them what a fine bunch of kids they were.

After tea he went off to the hospital with Brede to see his new
child. Kevin stayed at home with the rest of the family. He had
not arranged to meet Sadie that evening. Her aunt and uncle were
coming on a visit and shesaid her mother was getting so annnoyed
with her that she thought she had better stay at home for once.
"Dead boring it’ll be," Sadie had said, and Kevin grinned at the
picture of Sadie sitting in the front parlour trying to make polite
conversation with her aunt.

"He’s old," said Mrs Jackson sharply. "And he used to teach Sadie at the school. Have another sandwich, May.

"Don’t mind if I do. Though I should be watching my figure. Bert
says I’m getting as fat as a/pig."

Her husband had gone to the pub with Mr Jackson. Sadie sat with
her mother and aunt shifting around on the scratchy plush armchair.
She hated the furniture in the front room.

"Can you not sit still for a minute, Sadie?" said her mother.

"She never could sit still, could she ,Aggie, from the minute
she was born?" Aunt May bit deep in to a sandwich. "Are you liking
your job then, Sadie?"