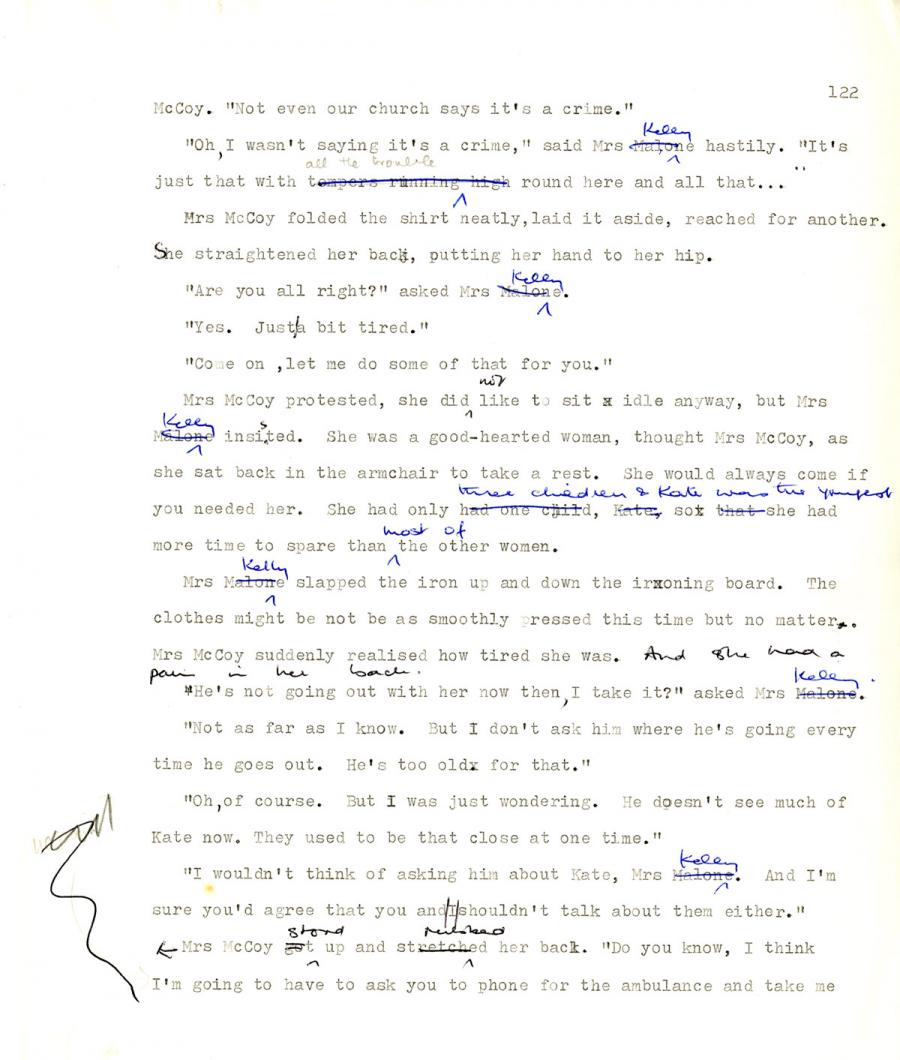 McCoy. "Not even our church says it's a crime."

"Oh I wasn't saying it's a crime," said Mrs Kellyhastily. "It's
just that with all the trouble round here and all that..."

Mrs McCoy folded the shirt neatly,laid it aside, reached for another.
She straightened her back, putting her hand to her hip.

"Are you all right?" asked Mrs Kelly.

Mrs McCoy protested, she did not like to sit idle anyway, but Mrs
Kellyinsisted. She was a good-hearted woman, thought Mrs McCoy, as
she sat back in the armchair to take a rest. She would always come if
you needed her. She had only three children and Kate was the youngest so she had
more time to spare than most of the other women.

Mrs Kelly slapped the iron up and down the ironing board. The
clothes might be not be as smoothly pressed this time but no matter.
Mrs McCoy suddenly realised how tired she was. And she had a pain in her back.

"He's not going out with her now then,I take it?" asked Mrs Kelly

"Not as far as I know. But I don't ask him where he's going every
time he goes out. He's too old for that."

"Oh, of course. But I was just wondering. He doesn't see much of
Kate now. They used to be that close at one time."

"I wouldn't think of asking him about Kate, Kelly. And I'm
sure you'd agree that you and/I/shouldn't talk about them either."
Mrs McCoy stood up and rubbed her back. "Do you know, I think
I'm going to have to ask you to phone for the ambulance and take me