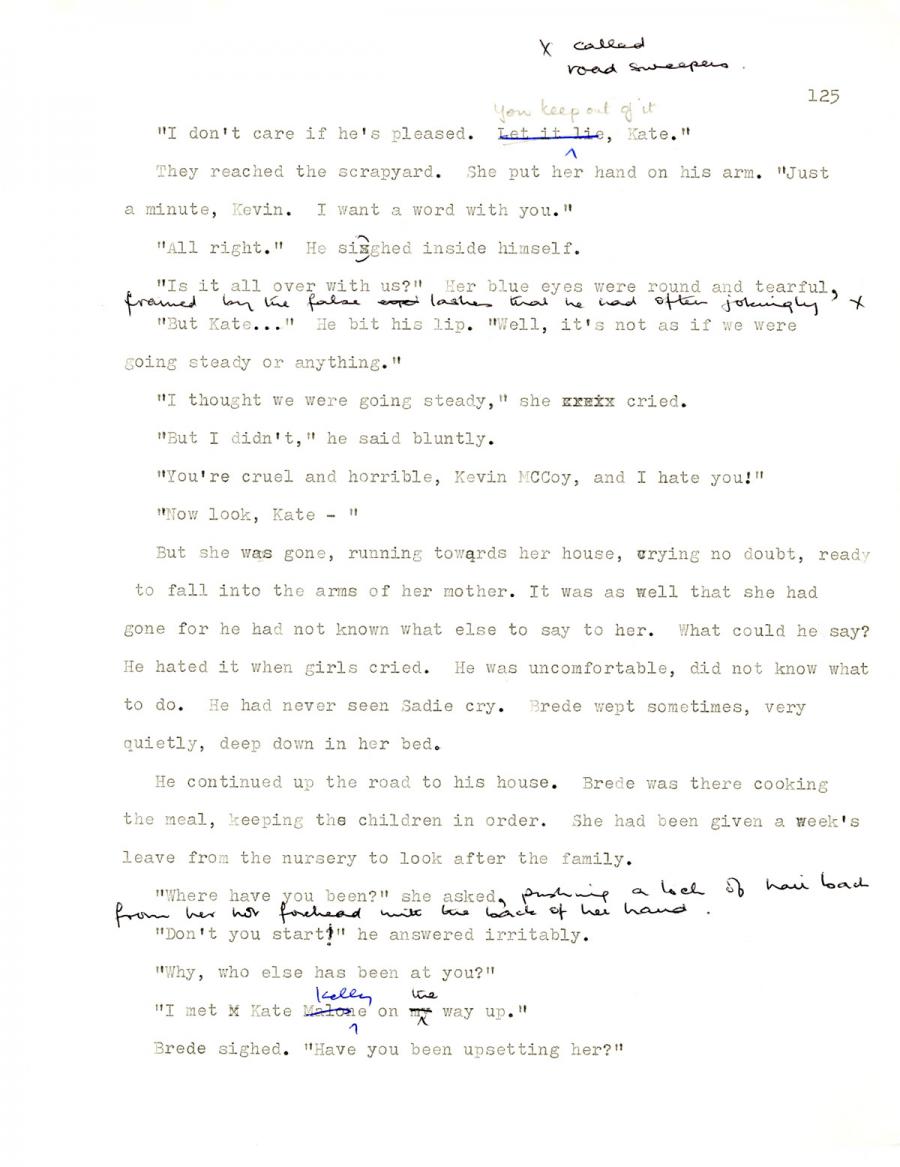 They reached the scrapyard. She put her hand on his arm. "Just
a minute, Kevin. I want a word with you."

"All right." He sighed inside himself.

"Is it all over with us?" Her blue eyes were round and tearful,
framed by the false lashes that he had often jokinggly called road sweepers

"I thought we were going steady," she cried.

"You're cruel and horrible, Kevin McCoy, and I hate you.'"

But she was gone, running towards her house, crying no doubt, ready
to fall into the arms of her mother. It was as well that she had
gone for he had not known what else to say to her. What could he say?
He hated it when girls cried. He was uncomfortable, did not know what
to do. He had never seen Sadie cry. Brede wept sometimes, very
quietly, deep down in her bed.

He continued up the road to his house. Brede was there cooking
the meal, keeping the children in order. She had been given a week's
leave from the nursery to look after the family.

"Where have vou been?" she asked, pushing a lock of hair back from her forehead with the back of her hand.

"Don't you start!" he answered irritably.

Brede sighed. "Have you been upsetting her?"