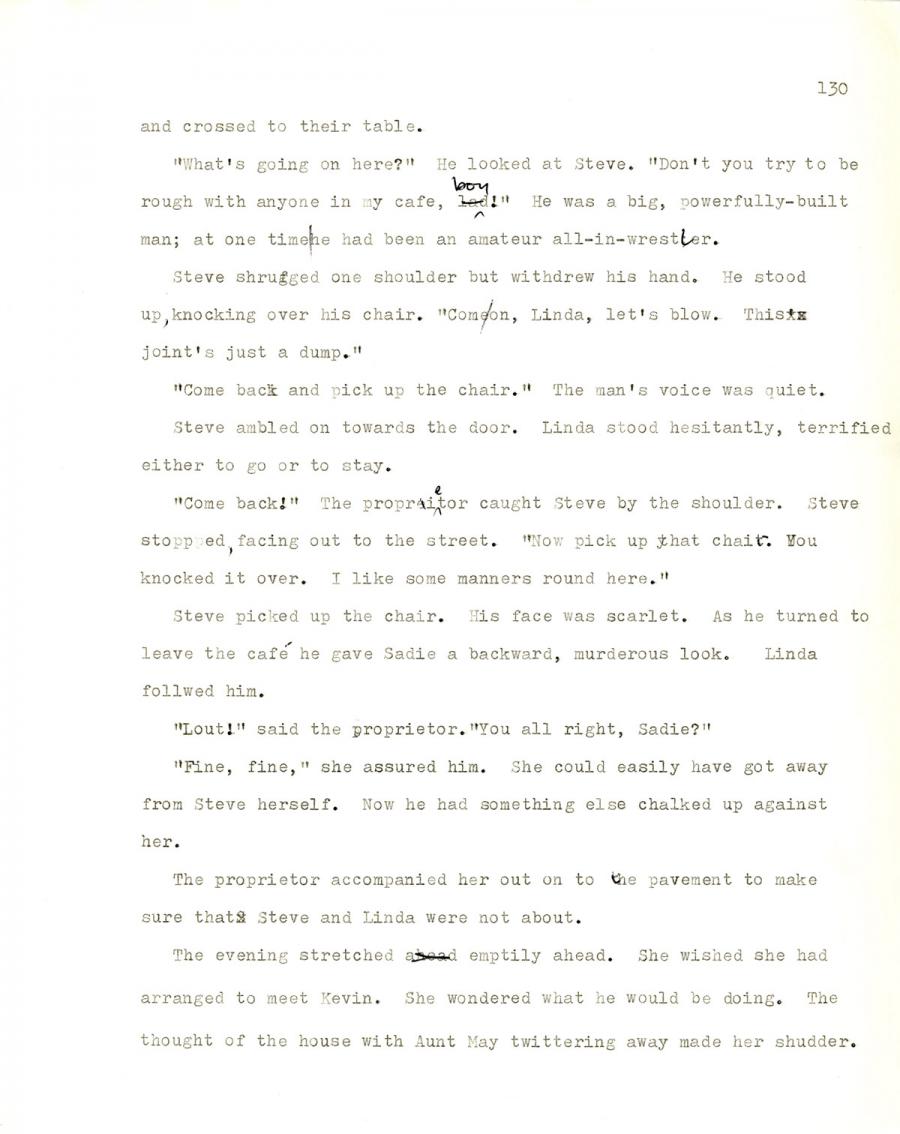 and crossed to their table.

"What's going on here?" He looked at Steve. "Don't you try to be
rough with anyone in my cafe, boy!" He was a big, powerfully-built
man; at one time he had been an amateur all-in-wrestler.

Steve shrugged one shoulder but withdrew his hand. He stood
up, knocking over his chair. "Come/on, Linda, let's blow. Thisde
joint's just a dump*"

"Come back and pick up the chair." The man's voice was quiet.

Steve ambled on towards the door. Linda stood hesitantly, terrified
either to go or to stay.

"Come back!" The proprietor caught Steve by the shoulder. Steve
stopped facing out to the street. "Now pick up that chair. You
knocked it over. I like some manners round here."

Steve picked up the chair. His face was scarlet. As he turned to
leave the cafe he gave Sadie a backward, murderous look. Linda
follwed him.

"Fine, fine," she assured him. She could easily have got away
from Steve herself. Now he had something else chalked up against
her.

The proprietor accompanied her out on to the pavement to make
sure that Steve and Linda were not about.

The evening stretched emptily ahead. She wished she had
arranged to meet Kevin. She wondered what he would be doing. The
thought of the house with Aunt May twittering away made her shudder.