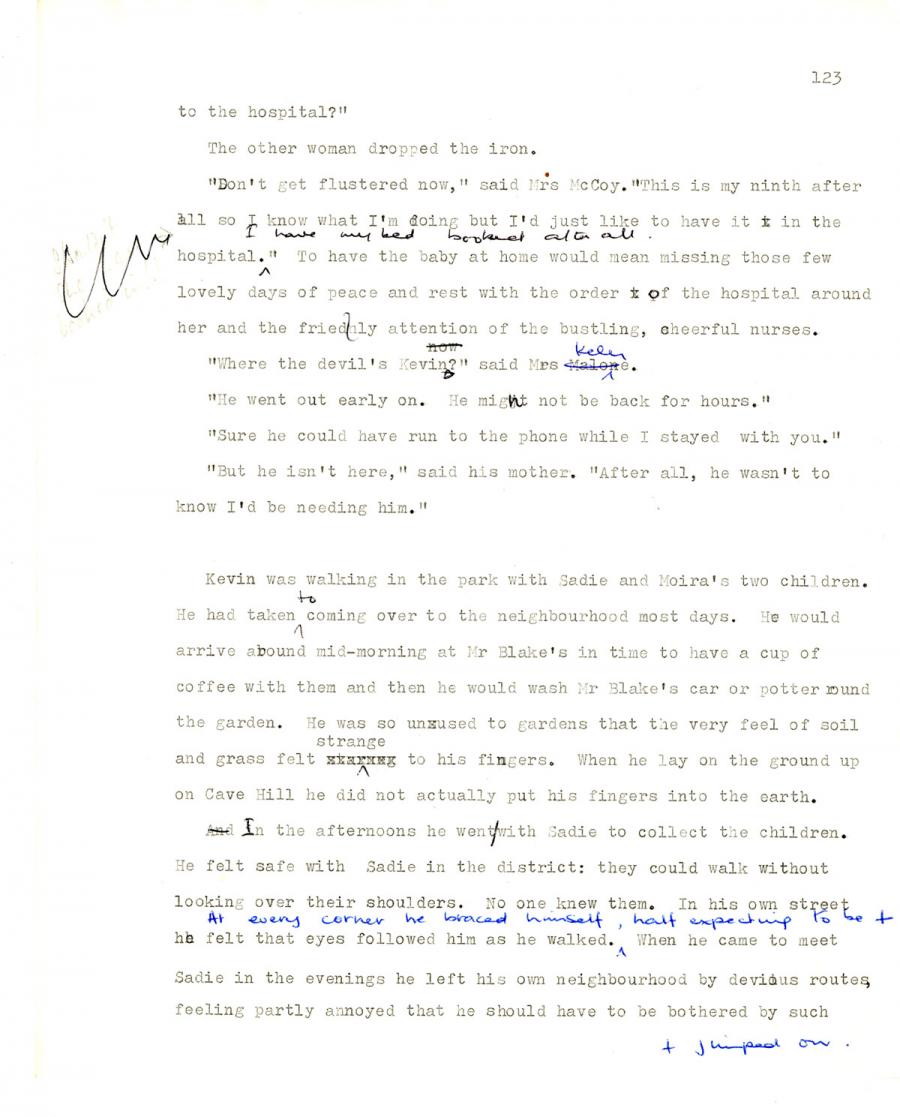 The other woman dropped the iron.

"Don't get flustered now," said Mrs McCoy. "This is my ninth after
ill so I know what I'm doing but I'd just like to have it in the
hospital. I have my bed booked after all." To have the baby at home would mean missing those few
lovely days of peace and rest with the order of the hospital around
her and the friednly attention of the bustling, cheerful nurses.

"He went out early on. He might not be back for hours."

"Sure he could have run to the phone while I stayed with you."

Kevin was walking in the park with Sadie and Moira's two children.
He had taken to coming over to the neighbourhood most days. He would
arrive abound mid-morning at Mr Blake's in time to have a cup of
coffee with them and then he would wash Mr Blake's car or potter round
the garden. He was so unused to gardens that the very feel of soil
and grass felt strange to his fingers. When he lay on the ground up
on Cave Hill he did not actually put his fingers into the earth.

In the afternoons he went with Sadie to collect the children.
He felt safe with Sadie in the district: they could walk without
looking over their shoulders. Mo one knew them. In his own street
he felt that eyes followed him as he walked. At every corner he braced himself, half expecting to be jumped on. When he came to meet
Sadie in the evenings he left his own neighbourhood by devious routes
feeling partly annoyed that he should have to be bothered by such