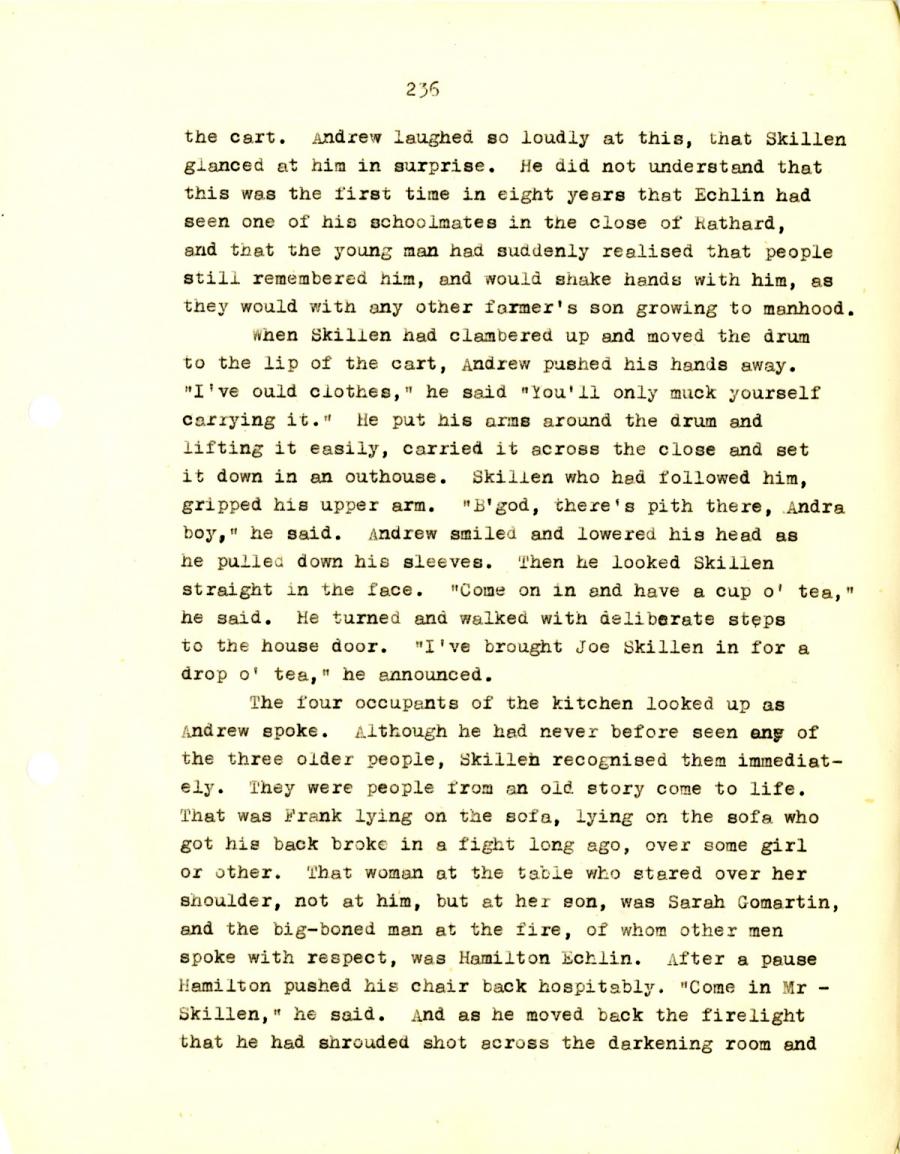 the cart. Andrew laughed so loudly at this, that Skillen
glanced at him in surprise, he did not understand that
this was the first time in eight years that Echlin had
seen one of his schoolmates in the close of Hathard,
and that the young man had suddenly realised that people
still remembered him, and would shake hands with him, as
they would with any other former’s son growing to manhood.

when Skilien had clambered up and moved the drum
to the lip of the cart, Andrew pushed his hands away.
"I've ould clothes," he said "You'll only muck yourself
carrying it." He put his arms around the drum and
lifting it easily, carried it across the close and set
it down in an outhouse. Skillen who had followed him,
gripped his upper arm. "B’god, there’s pith there, Andra
boy," he said. Andrew smiled and lowered his head as
he pulled down his sleeves. Then he looked Skillen
straight in the face. "Come on in and have a cup o' tea,
he said. He turned and walked with deliberate steps
to the house door. "I've brought Joe Skillen in for a
drop o' tea," he announced.

The four occupants of the kitchen looked up as
Andrew spoke. Although he had never before seen any of
the three older people, Skillen recognised them immediat-
ely. They were people from an old story come to life.
That was Frank lying on the sofa, lying on the sofa who
got his back broke in a fight long ago, over some girl
or other. That woman at the table who stared over her
shoulder, not at him, but at her son, was Sarah Gomartin,
and the big-boned man at the fire, of whom other men
spoke with respect, was Hamilton Echlin. After a pause
Hamilton pushed his chair back hospitably. "Come in Mr -
Skillen," he said. And as he moved back the firelight
that he had snrouded shot across the darkening room and