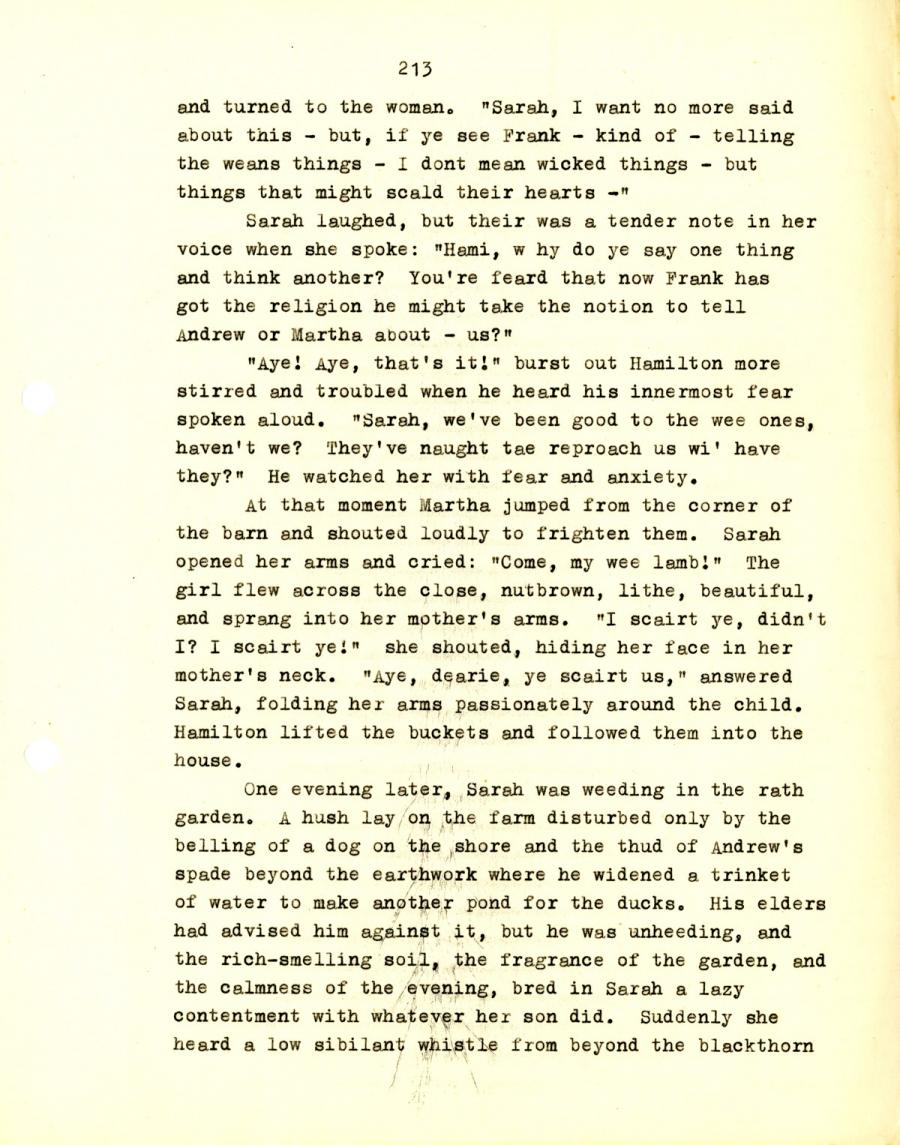 and turned to the woman. "Sarah, I want no more said
about this - but, if ye see Frank - kind of - telling
the weans things - I dont mean wicked things - but
things that might scald their hearts -"

Sarah laughed, but their was a tender note in her
voice when she spoke: "Hami, why do ye say one thing
and think another? You're feard that now Frank has
got the religion he might take the notion to tell
Andrew or Martha about - us?"

"Aye! Aye, that's it!" burst out Hamilton more
stirred and troubled when he heard his innermost fear
spoken aloud. "Sarah, we've been good to the wee ones,
haven't we? They've naught tae reproach us wi' have
they?" He watched her with fear and anxiety.

At that moment Martha jumped from the corner of
the barn and shouted loudly to frighten them. Sarah
opened her arms and cried: "Come, my wee lamb!" The
girl flew across the close, nutbrown, lithe, beautiful,
and sprang into her mother's arms. "I scairt ye, didn't
I? I scairt ye!" she shouted, hiding her face in her
mother's neck. "Aye, dearie, ye scairt us," answered
Sarah, folding her arms passionately around the child.
Hamilton lifted the buckets and followed them into the
house.

One evening later, Sarah was weeding in the rath
garden. A hush lay on the farm disturbed only by the
belling of a dog on the shore and the thud of Andrew's
spade beyond the earthwork where he widened a trinket
of water to make another pond for the ducks. His elders
had advised him against it, but he was unheeding, and
the rich-smelling soil, the fragrance of the garden, and
the calmness of the evening, bred in Sarah a lazy
contentment with whatever her son did. Suddenly she
heard a low sibilant whistle from beyond the blackthorn