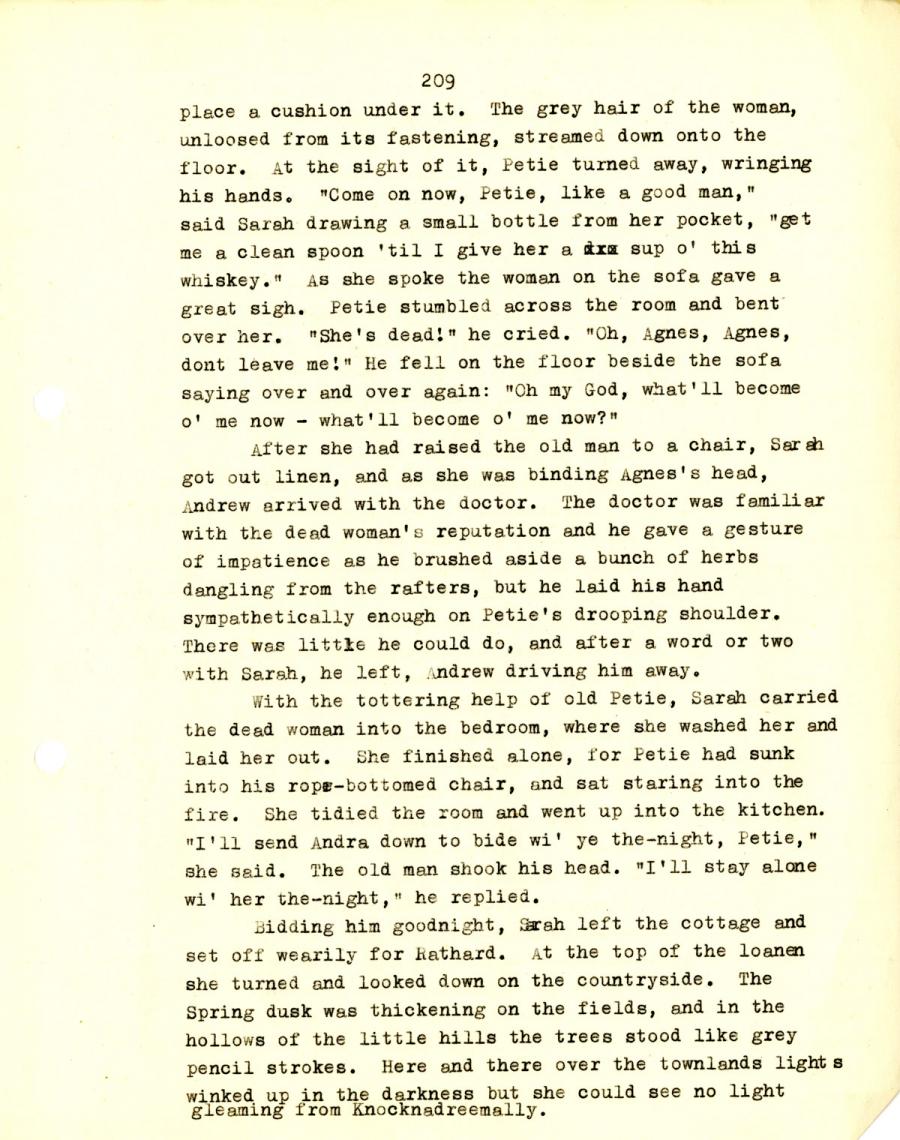 place a cushion under it. The grey hair of the woman,
unloosed from its fastening, streamed down onto the
floor. At the sight of it, Petie turned away, wringing
his hands. "Come on now, Petie, like a good man,"
said Sarah drawing a small bottle from her pocket, "get
me a clean spoon 'til I give her a

After she had raised the old man to a chair, Sarah
got out linen, and as she was binding Agnes's head,
Andrew arrived with the doctor. The doctor was familiar
with the dead woman's reputation and he gave a gesture
of impatience as he brushed aside a bunch of herbs
dangling from the rafters, but he laid his hand
sympathetically enough on Petie's drooping shoulder.
There was little he could do, and after a word or two
with Sarah, he left, Andrew driving him away.

With the tottering help of old Petie, Sarah carried
the dead woman into the bedroom, where she washed her and
laid her out. She finished alone, for Petie had sunk
into his rope-bottomed chair, and sat staring into the
fire. She tidied the room and went up into the kitchen.
"I'll send Andra down to bide wi' ye the-night, Petie,"
she said. The old man shook his head. "I'll stay alone
wi' her the-night," he replied.

Bidding him goodnight, Sarah left the cottage and
set off wearily for Rathard. At the top of the loanen
she turned and looked down on the countryside. The
Spring dusk was thickening on the fields, and in the
hollows of the little hills the trees stood like grey
pencil strokes. Here and there over the townlands lights
winked up in the darkness but she could see no light
gleaming from Knocknadreemally.