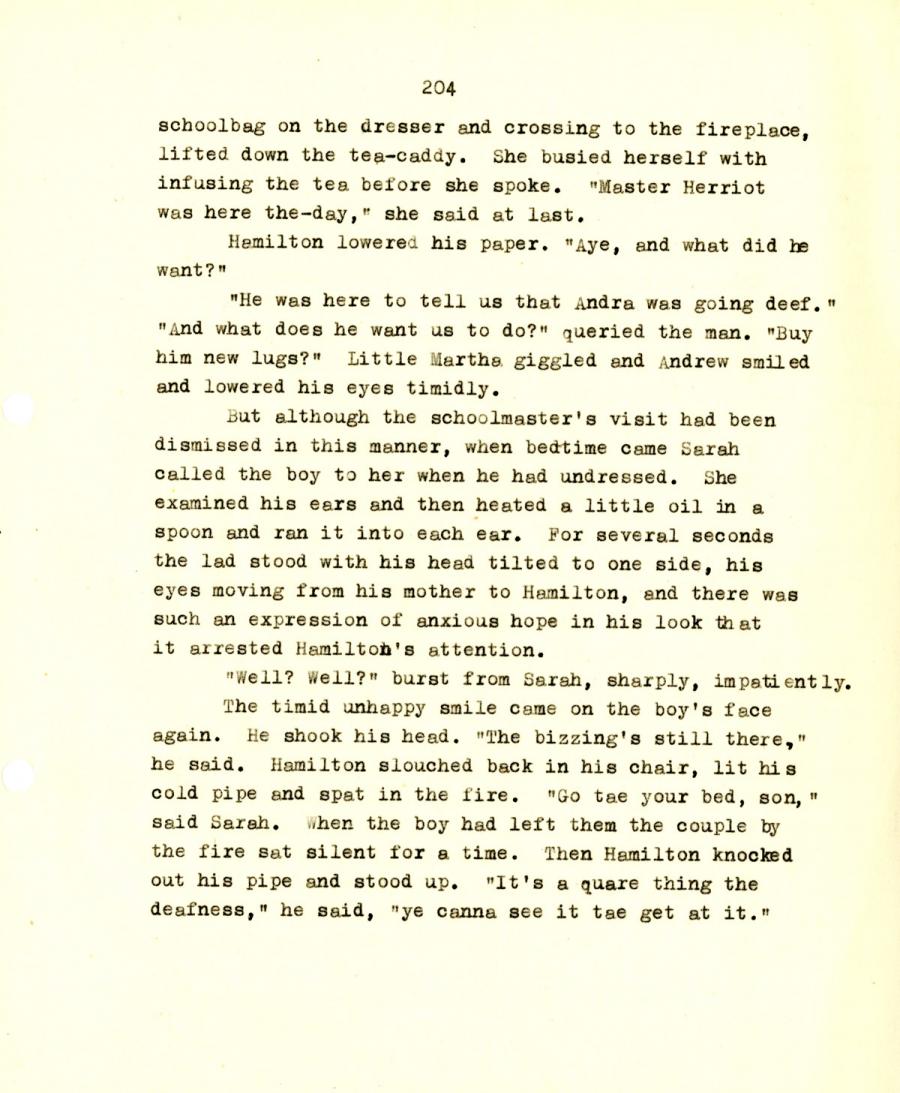 schoolbag on the dresser and crossing to the fireplace,
lifted down the tea-caddy. She busied herself with
infusing the tea before she spoke. "Master Herriot
was here the-day," she said at last.
Hamilton lowered his paper. "Aye, and what did he
want?"

"He was here to tell us that Andra was going deef."
"And what does he want us to do?" queried the man. "Buy
him new lugs?" Little Martha giggled and Andrew smiled
and lowered his eyes timidly.

But although the schoolmaster's visit had been
dismissed in this manner, when bedtime came Sarah
called the boy to her when he had undressed. She
examined his ears and then heated a little oil in a
spoon and ran it into each ear. For several seconds
the lad stood with his head tilted to one side, his
eyes moving from his mother to Hamilton, and there was
such an expression of anxious hope in his look that
it arrested Hamiltoh's attention.

The timid unhappy smile came on the boy's face
again. He shook his head. "The bizzing's still there,"
he said. Hamilton slouched back in his chair, lit his
cold pipe and spat in the fire. "Go tae your bed, son, "
said Sarah. When the boy had left them the couple by
the fire sat silent for a time. Then Hamilton knocked
out his pipe and stood up. "It's a quare thing the
deafness," he said, "ye canna see it tae get at it."