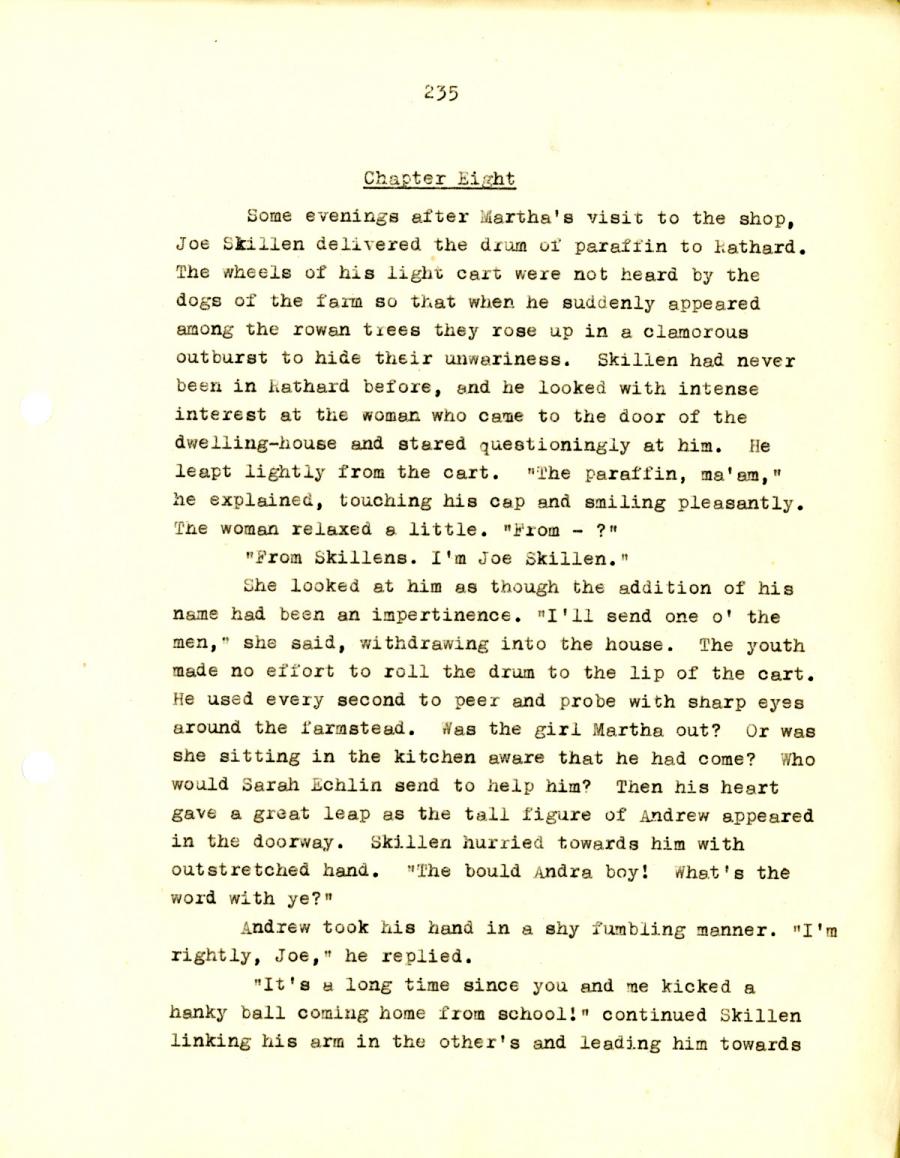 Some evenings after Martha’s visit to the shop,
Joe Skillen delivered the drum of paraffin to Rathard.
The wheels of his light cart were not heard by the
dogs of the farm so that when he suddenly appeared
among the rowan trees they rose up in a clamorous
outburst to hide their unwariness. Skillen had never
been in Rathard before, and he looked with intense
interest at the woman who came to the door of the
dwelling-house and stared questioningiy at him. He
leapt lightly from the cart. "The paraffin, ma’am,"
he explained, touching his cap and smiling pleasantly.
The woman relaxed a little, "From - ?"

She looked at him as though the addition of his
name had been an impertinence. "I'll send one o' the
men," she said, withdrawing into the house. The youth
made no effort to roll the drum to the lip of the cart.
He used every second to peer and probe with sharp eyes
around the farmstead. Was the girl Martha out? Or was
she sitting in the kitchen aware that he had come? Who
would Sarah Echlin send to help him? Then his heart
gave a great leap as the tall figure of Andrew appeared
in the doorway. Skillen hurried towards him with
outstretched hand. "The bould Andra boy! What’s the
word with ye?"

"It's a long time since you and me kicked a
hanky ball coming home from school!" continued Skillen
linking his arm in the other’s and leading him towards