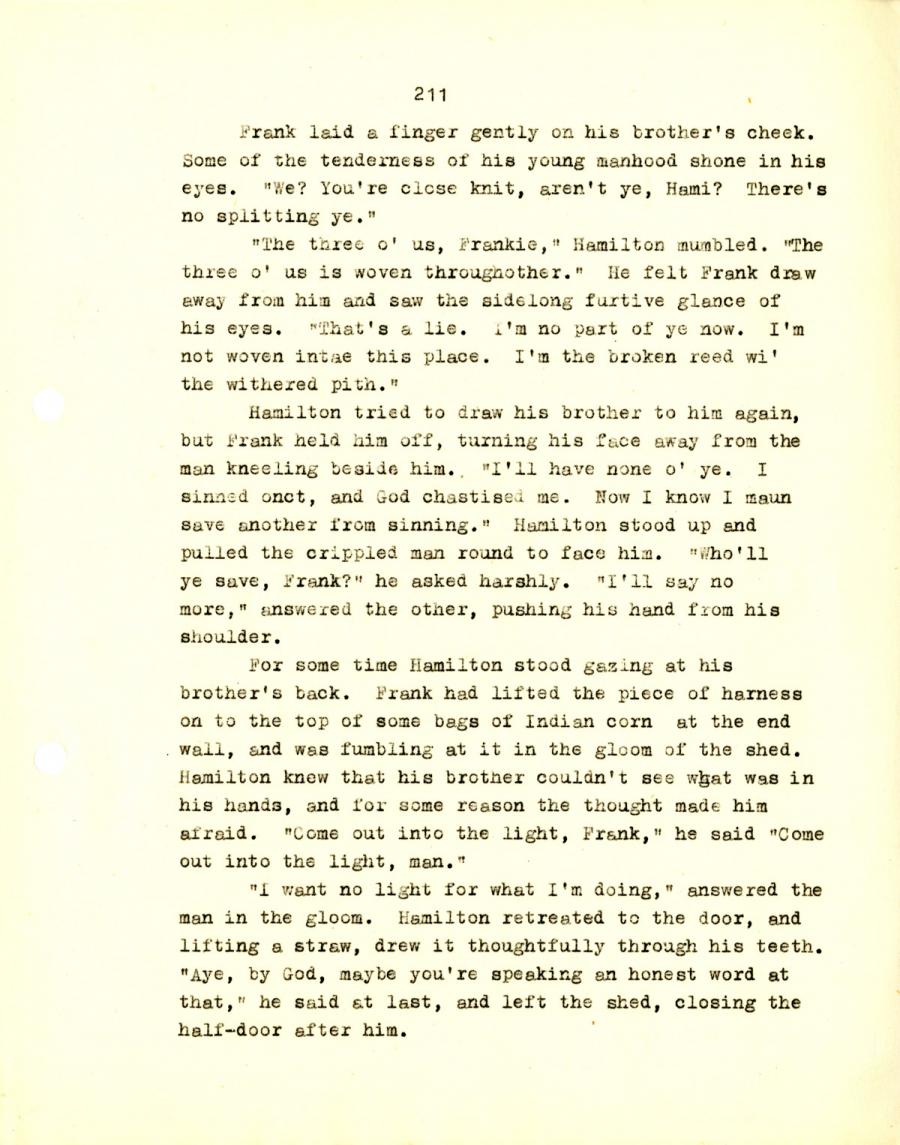 Frank laid a finger gently on his brother's cheek.
Some of the tenderness of his young manhood shone in his
eyes. "We? You're close knit, aren't ye, Hami? There's
no splitting ye."

"The three o' us, Frankie," Hamilton mumbled. "The
three o' us is woven througnother." HE felt frank draw
away from him and saw the sidelong furtive glance of
his eyes. "That's a lie. I'm no part of ye now. I'm
not woven intae this place. I'm the broken reed wi'
the withered pith."

Hamilton tried to draw his brother to him again,
but Frank held him off, turning his face away from the
man kneeling beside him. "I'll have none o’ ye. I
sinned onct, and God chastised me. Now I know I maun
save another from sinning." Hamilton stood up and
pulled the crippled man round to face him. "Who'll
ye save, frank?" he asked harshly. "I'll say no
more," answered the other, pushing his hand from his
shoulder.

For some time Hamilton stood gazing at his
brother's back. Frank had lifted the piece of harness
on to the top of some bags of Indian corn at the end
wall, and was fumbling at it in the gloom of the shed.
Hamilton knew that his brother couldn't see what was in
his hand, and for some reason the thought made him
afraid. "Come out into the light, Frank," he said "Come
out into the light, man."

"I want no light for what I'm doing," answered the
man in the gloom. Hamilton retreated to the door, and
lifting a straw, drew it thoughtfully through his teeth.
"Aye, by God, maybe you're speaking an honest word at
that," he said at last, and left the shed, closing the
half-door after him.