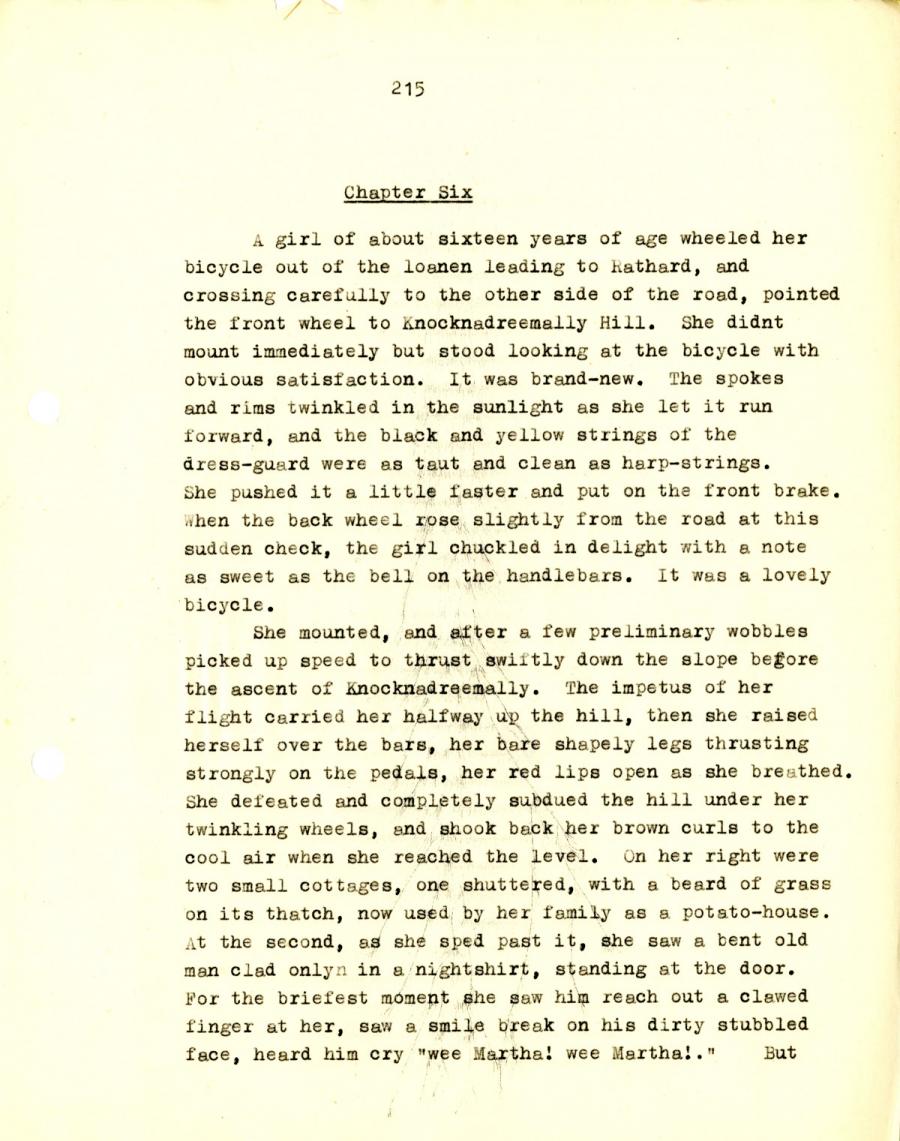 A girl of about sixteen years of age wheeled her
bicycle out of the loanen leading to Rathard, and
crossing carefully to the other side of the road, pointed
the front wheel to Knocknadreemally Hill. She didnt
mount immediately but stood looking at the bicycle with
obvious satisfaction. It was brand-new. The spokes
and rims twinkled in the sunlight as she let it run
forward, and the black and yellow strings of the
dress-guard were as taut and clean as harp-strings.
She pushed it a little faster and put on the front brake.
When the back wheel rose slightly from the road at this
sudden check, the girl chuckled in delight with a note
as sweet as the bell on the handlebars. It was a lovely
bicycle.

She mounted, and after a few preliminary wobbles
picked up speed to thrust swiftly down the slope before
the ascent of Knocknadreemally. The impetus of her
flight carried her halfway u'p the hill, then she raised
herself over the bars, her bare shapely legs thrusting
strongly on the pedals, her red lips open as she breathed.
She defeated and completely subdued the hill under her
twinkling wheels, and shook back her brown curls to the
cool air when she reached the level. On her right were
two small cottages, one shuttered, with a beard of grass
on its thatch, now used by her family as a potato-house.
At the second, as she sped past it, she saw a bent old
man clad only in a nightshirt, standing at the door.
For the briefest mbment she saw him reach out a clawed
finger at her, saw a smile break on his dirty stubbled
face, heard him cry "wee Martha! wee Martha!." But