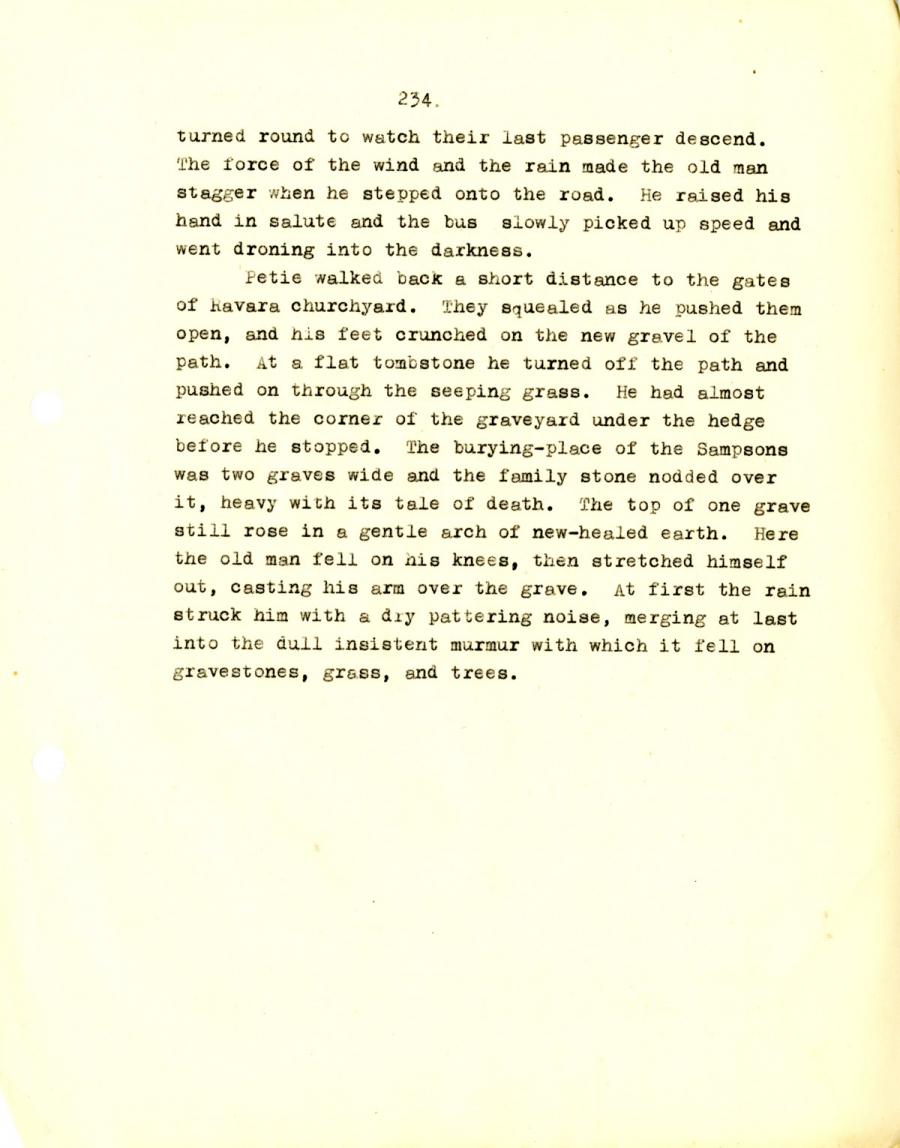 turned round to watch their last passenger descend.
The force of the wind and the rain made the old man
stagger when he stepped onto the road. He raised his
hand in salute and the bus slowly picked up speed and
went droning into the darkness.

Petie walked back a short distance to the gates
of Ravara churchyard. They squealed as he pushed them
open, and his feet crunched on the new gravel of the
path. At a flat tombstone he turned off the path and
pushed on through the seeping grass. He had almost
reached the corner of the graveyard under the hedge
before he stopped. The burying-place of the Sampsons
was two graves wide and the family stone nodded over
it, heavy with its tale of death. The top of one grave
still rose in a gentle arch of new-healed earth. Here
the old man fell on nis knees, then stretched himself
out, casting his arm over the grave. At first the rain
struck him with a dry pattering noise, merging at last
into the dull insistent murmur with which it fell on
gravestones, grass, and trees.