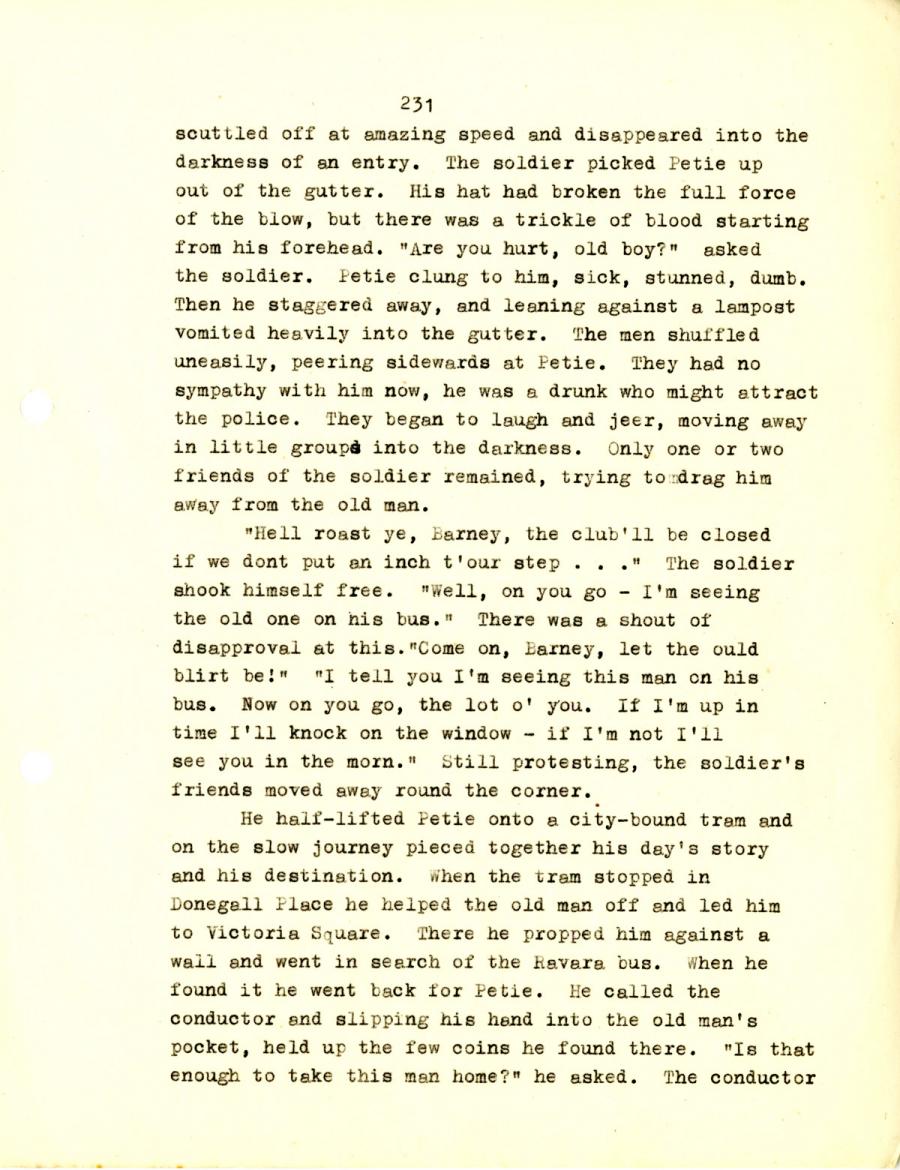 scuttled off at amazing speed and disappeared into the
darkness of an entry. The soldier picked Petie up
out of the gutter. His hat had broken the full force
of the blow, but there was a trickle of blood starting
from his forehead. "Are you hurt, old boy?" asked
the soldier. Petie clung to him, sick, stunned, dumb.
Then he staggered away, and leaning against a lampost
vomited heavily into the gutter. The men shuffled
uneasily, peering sidewards at Petie. They had no
sympathy with him now, he was a drunk who might attract
the police. They began to laugh and jeer, moving away
in little groups into the darkness. Only one or two
friends of the soldier remained, trying to drag him
away from the old man.

"Hell roast ye, Barney, the club’ll be closed
if we dont put an inch four step ..." The soldier
shook himself free. "Well, on you go - I'm seeing
the old one on his bus." There was a shout of
disapproval at this."Come on, Barney, let the ould
blirt be!" "I tell you I’m seeing this man on his
bus. Now on you go, the lot o' you. If I'm up in
time I'll knock on the window - if I'm not I'll
see you in the morn." Still protesting, the soldier's
friends moved away round the corner.

He half-lifted Petie onto a city-bound tram and
on the slow journey pieced together his day's story
and his destination, when the tram stopped in
Donegall Place he helped the old man off and led him
to Victoria Square. There he propped him against a
wall and went in search of the Ravara bus. When he
found it he went back for Petie. He called the
conductor and slipping his hand into the old man's
pocket, held up the few coins he found there. "Is that
enough to take this man home?" he asked. The conductor