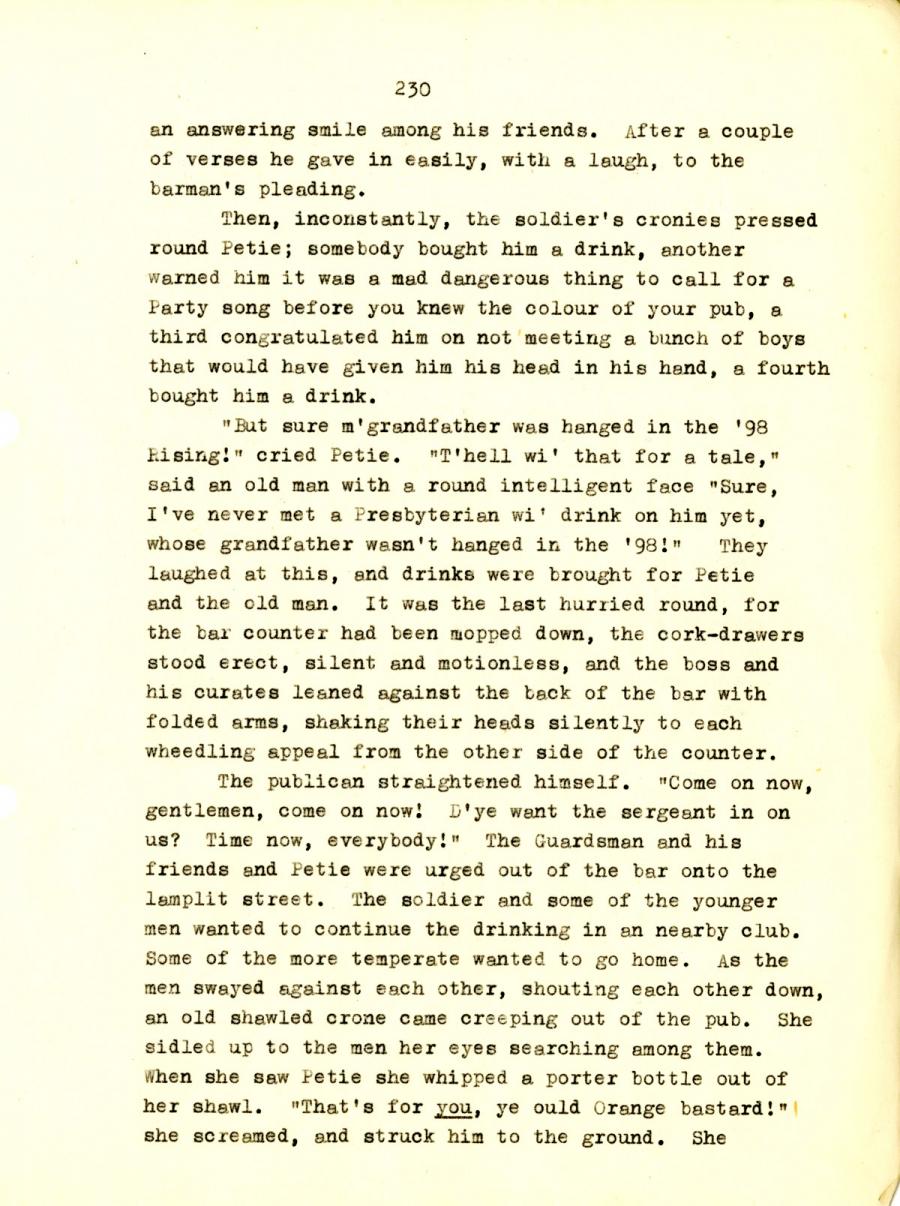 an answering smile among his friends. After a couple
of verses he gave in easily, with a laugh, to the
barman's pleading.

Then, inconstantly, the soldier's cronies pressed
round Petie; somebody bought him a drink, another
warned him it was a mad dangerous thing to call for a
Party song before you knew the colour of your pub, a
third congratulated him on not meeting a bunch of boys
that would have given him his head in his hand, a fourth
bought him a drink.

"But sure m'grandfather was hanged in the '98
Rising" cried Petie. "T'hell wi' that for a tale,"
said an old man with a round intelligent face "Sure,
I've never met a Presbyterian wi' drink on him yet,
whose grandfather wasn't hanged in the '98!" They
laughed at this, and drinks were brought for Petie
and the old man. It was the last hurried round, for
the bar counter had been mopped down, the cork-drawers
stood erect, silent and motionless, and the boss and
his curates leaned against the back of the bar with
folded arms, shaking their heads silently to each
wheedling appeal from the other side of the counter.

The publican straightened himself. "Come on now,
gentlemen, come on now! D'ye went the sergeant in on
us? Time now, everybody!" The Guardsman and his
friends and Petie were urged out of the bar onto the
lamplit street. The soldier and some of the younger
men wanted to continue the drinking in an nearby club.
Some of the more temperate wanted to go home, as the
men swayed against each other, shouting each other down,
an old shawled crone came creeping out of the pub. She
sidled up to the men her eyes searching among them,
when she saw Petie she whipped a porter bottle out of
her shawl. "That's for you, ye ould Orange bastard!"
she screamed, and struck him to the ground. She