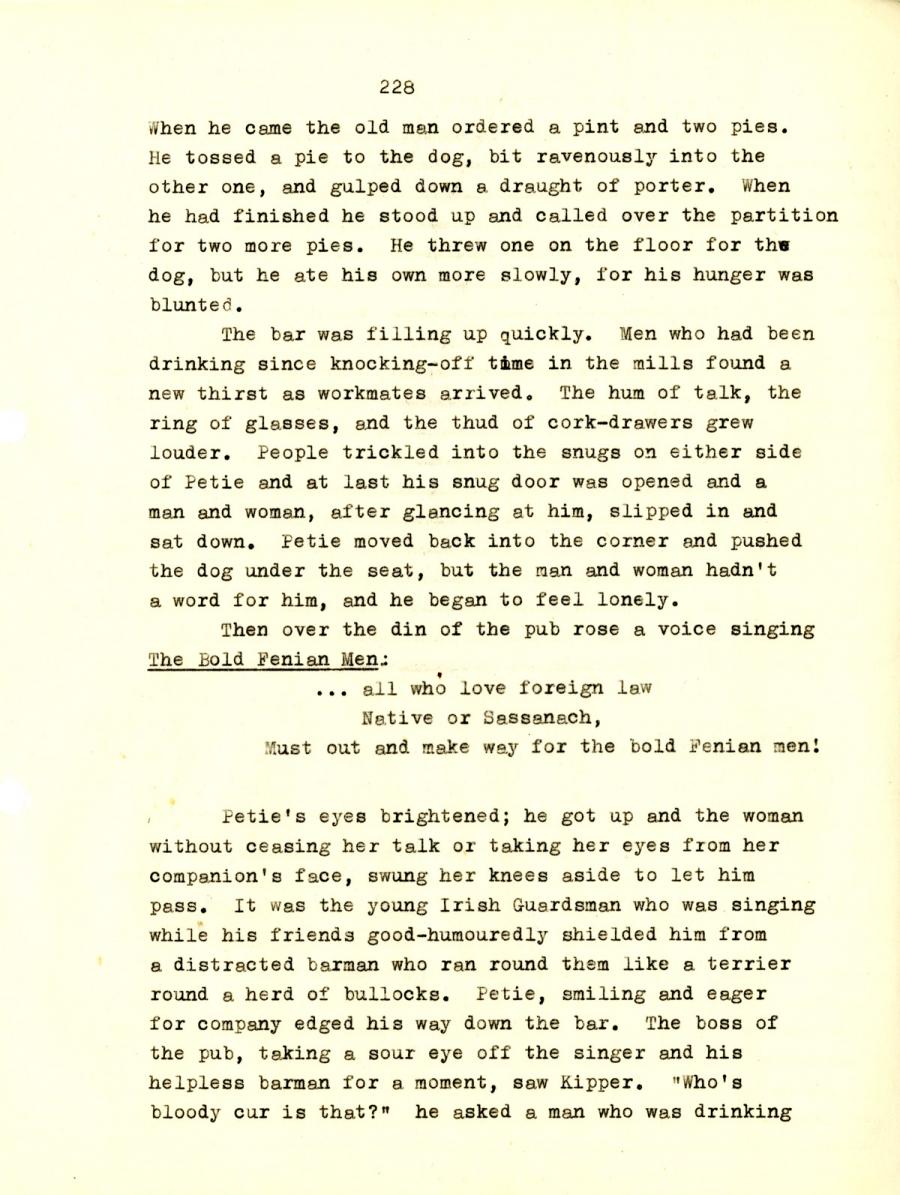 When he came the old man ordered a pint and two pies.
He tossed a pie to the dog, bit ravenously into the
other one, and gulped down a draught of porter. When
he had finished he stood up and called over the partition
for two more pies. He threw one on the floor for the
dog, but he ate his own more slowly, for his hunger was
blunted.

The bar was filling up quickly. Men who had been
drinking since knocking-off time in the mills found a
new thirst as workmates arrived. The hum of talk, the
ring of glasses, and the thud of cork-drawers grew
louder. People trickled into the snugs on either side
of Petie and at last his snug door was opened and a
man and woman, after glancing at him, slipped in and
sat down. Petie moved back into the corner and pushed
the dog under the seat, but the man and woman hadn't
a word for him, and he began to feel lonely.

Then over the din of the pub rose a voice singing
The Bold Penian Men:

... all who love foreign law
Native or Sassanach,
Must out and make way for the bold Fenian men!

Petie's eyes brightened; he got up and the woman
without ceasing her talk or taking her eyes from her
companion's face, swung her knees aside to let him
pass. It was the young Irish Guardsman who was singing
while his friends good-humouredly shielded him from
a distracted barman who ran round them like a terrier
round a herd of bullocks. Petie, smiling and eager
for company edged his way down the bar. The boss of
the pub, taking a sour eye off the singer and his
helpless barman for a moment, saw Kipper. "Who's
bloody cur is that?" he asked a man who was drinking