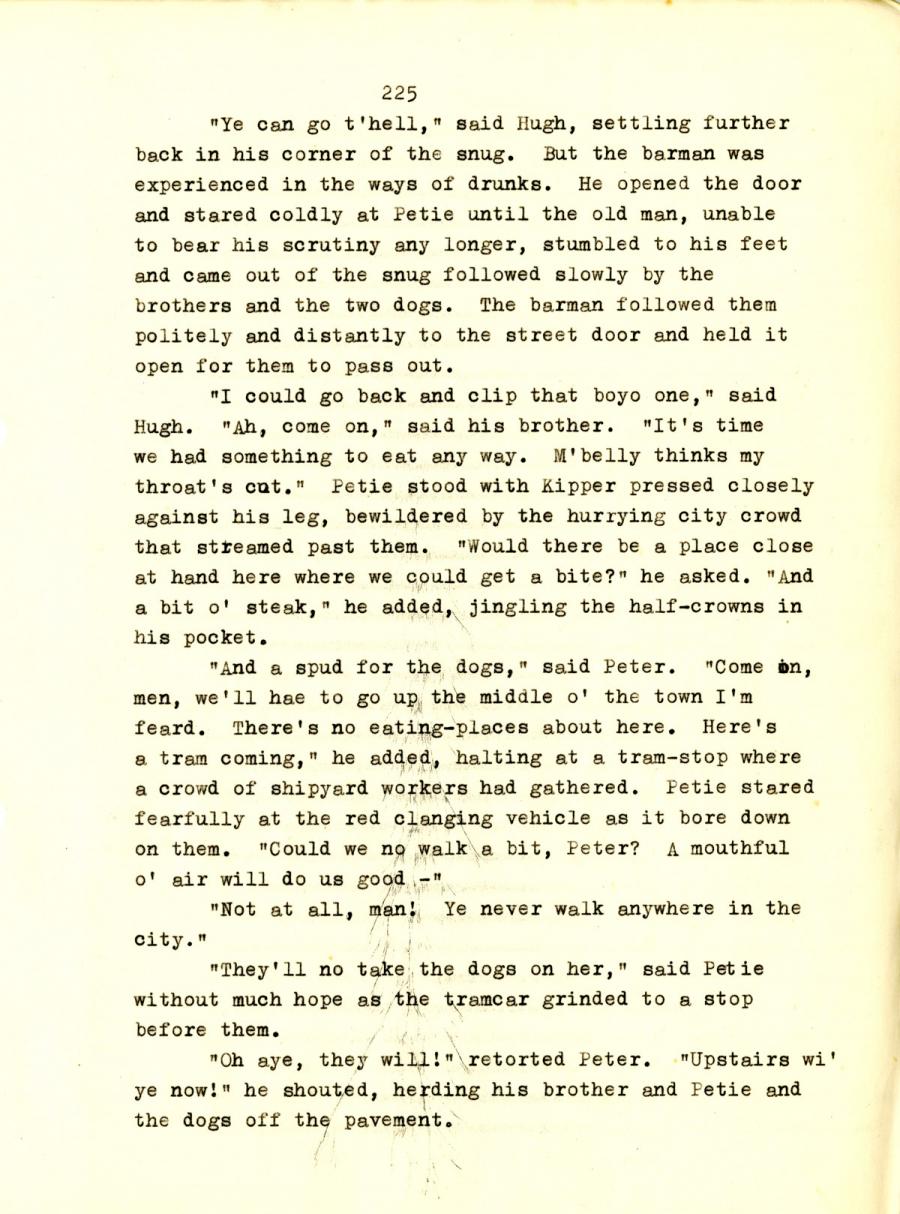 "Ye can go t'hell," said Hugh, settling further
back in his corner of the snug. But the barman was
experienced in the ways of drunks. He opened the door
and stared coldly at Petie until the old man, unable
to bear his scrutiny any longer, stumbled to his feet
and came out of the snug followed slowly by the
brothers and the two dogs. The barman followed them
politely and distantly to the street door and held it
open for them to pass out.

"I could go back and clip that boyo one," said
Hugh. "Ah, come on," said his brother. "It's time
we had something to eat any way. M'belly thinks my
throat’s cut." Petie stood with Kipper pressed closely
against his leg, bewildered by the hurrying city crowd
that streamed past them. "Would there be a place close
at hand here where we could get a bite?" he asked. "And
a bit o' steak," he added, jingling the half-crowns in
his pocket.

"And a spud for the dogs," said Peter. "Come on,
men, we’ll hae to go up the middle o’ the town I’m
feard. There’s no eating-places about here. Here's
a tram coming," he added, halting at a tram-stop where
a crowd of shipyard workers had gathered. Petie stared
fearfully at the red clanging vehicle as it bore down
on them. "Could we no walk a bit, Peter? A mouthful
o' air will do us good

"Not at all, man!, Ye never walk anywhere in the
city."

"They'll no take the dogs on her," said Petie
without much hope as the tramcar grinded to a stop
before them.

"Oh aye, they willl!"retorted Peter. "Upstairs wi'
ye now!" he shouted, herding his brother and Petie and
the dogs off the pavement.