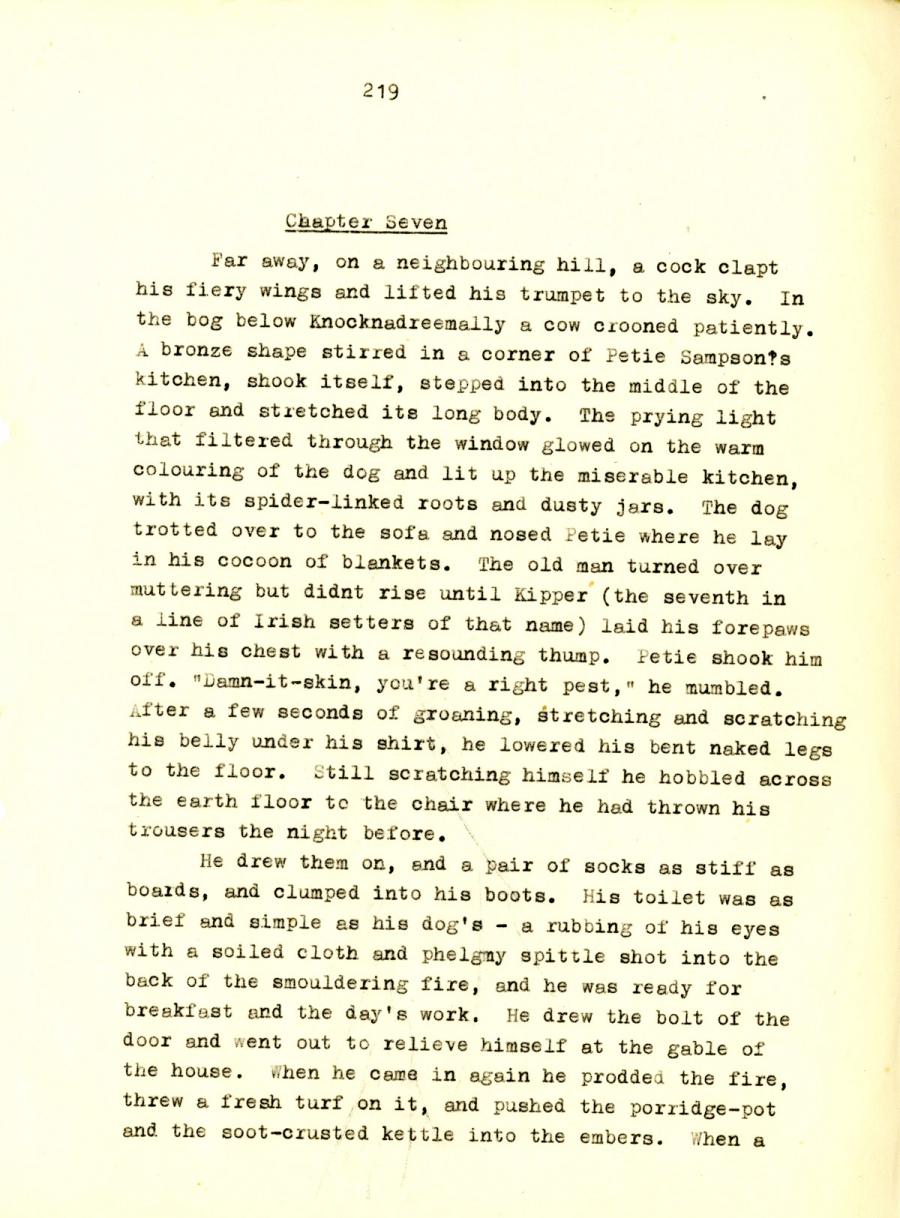 Far away, on a neighbouring hill, a cock clapt
his fiery wings and lifted his trumpet to the sky. In
the bog below Knocknadreemally a cow crooned patiently.
A bronze shape stirred in a corner of Petie Sampson?s
kitchen, shook itself, stepped into the middle of the
floor and stretched its long body. The prying light
that filtered through the window glowed on the warm
colouring of the dog and lit up the miserable kitchen,
with its spider-linked roots and dusty jars. The dog
trotted over to the sofa and nosed Petie where he lay
in his cocoon of blankets. The old man turned over
muttering but didnt rise until Kipper (the seventh in
a line of Irish setters of that name) laid his forepaws
over his chest with a resounding thump. Petie shook him
off. "Damn-it-skin, you're a right pest," he mumbled.
After a few seconds of groaning, stretching and scratching
his belly under his shirt, he lowered his bent naked legs
to the floor. still scratching himself he hobbled across
the earth floor to the chair where he had thrown his
trousers the night before.

He drew' them on, and a pair of socks as stiff as
boards, and clumped into his boots. His toilet was as
brief and simple as his dog's - a rubbing of his eyes
with a soiled cloth and phelgmy spittle shot into the
back of the smouldering fire, and he was ready for
breakfast and the day's work. He drew the bolt of the
door and went out to relieve himself at the gable of
the house. When he came in again he prodded the fire,
threw a fresh turf on it, and pushed the porridge-pot
and the soot-crusted kettle into the embers. When a